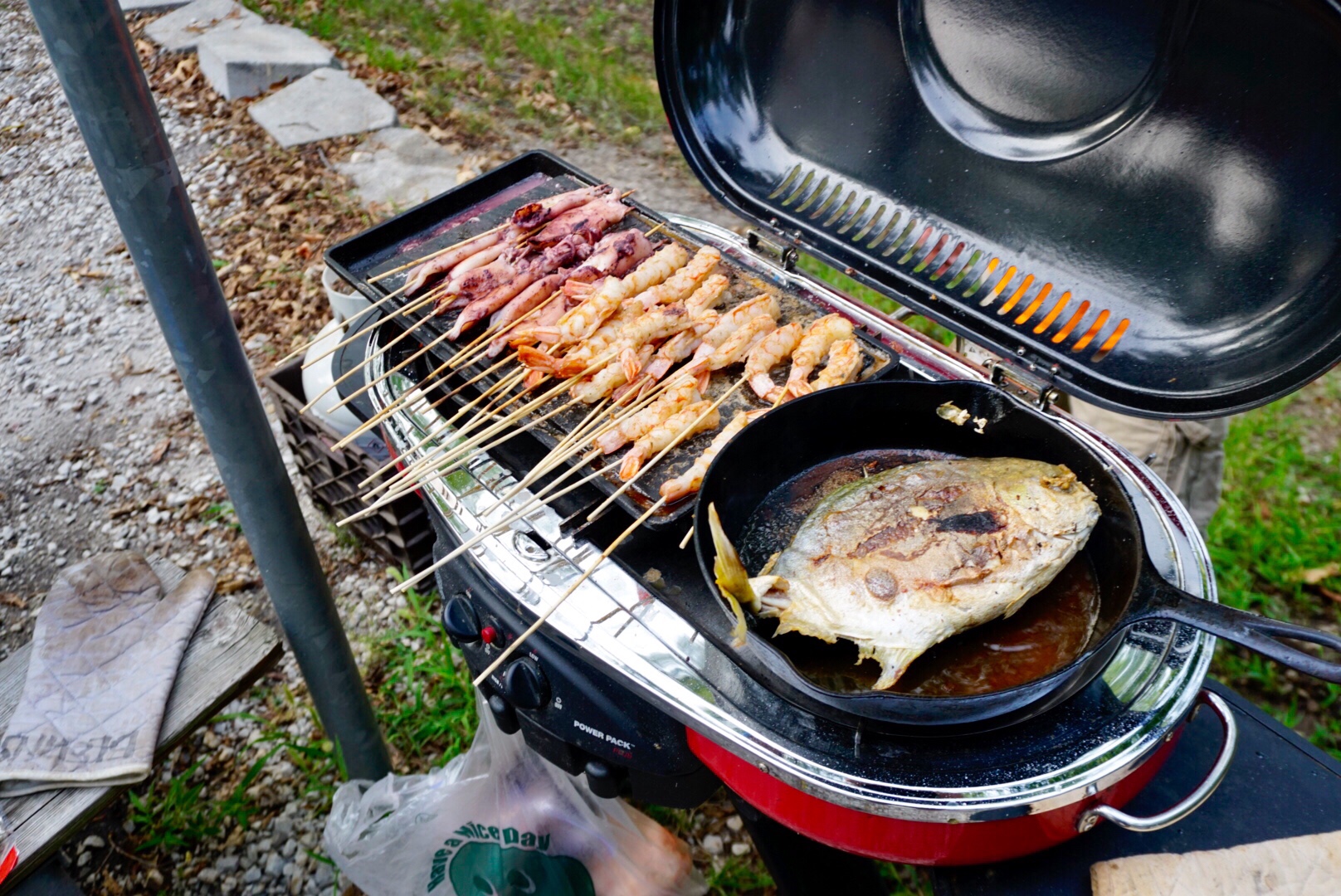 The majority of our time “on the road” is spent together. However as I have previously observed, Christine and I have “travel libidos” that are slightly out of sync. She is often ready to return home a week or two before me and I am usually ready to leave home a week or two sooner than her. To address this I typically take a couple of short (7-10 day) solo outings each year. Such was the case a few weeks ago when I spent a week at Stockton Lake in Missouri.

Solo camping has its virtues. I find that I am more aware of my thoughts, I tend to be more focused on relaxing, and my appreciation for Christine becomes heightened. Absence does make the heart grow fonder.

Solo camping rarely turns out to be solitary camping. While at Stockton Lake I was visited by a camper Kathleen, and a sailboater, Craig. Each of those encounters was memorable. I detailed those meetings in my posts which were published at that time. However, I neglected to include another of those camping friendships.

Another Casita pulled into the campground. Casita owners often seek one another out, so it was not unexpected that the owner would wander my way to say “Hi”. It was a bit unusual that he and his wife would invite me to dinner. It was totally unexpected that dinner would include sautéed squid on a stick, huge sautéed prawns on a stick, and a large Pacific Ocean fish that was roughly the size and shape of a 14” cast iron skillet.

David and his wife Badeth spend 4 months of the year at their home in Missouri and the remaining 8 months of each year at their beautiful beach home in the Philippines. David was born and raised in the States and Badeth is a native of the islands. They were joined at camp by her sister Josephine and nephew Ian. David could not have known of my love of squid, shrimp, and eating “the unknown”. The women presented a feast and I was the beneficiary. The women also cooked a large inviting steak… it seems that in spite of his extensive time spent in the Philippines, David is not particularly fond of squid, shrimp, or eating “the unknown”.

This wonderful family also included me in their breakfast plans for the following morning. Their hospitality and friendship were extraordinary, but perhaps understandable as they explained the welcoming nature of the Philippine people and the fact that David was retired from over 40 years of being the talented handyman, construction coordinator, chauffeur, mechanic… and all around “Swiss Army” assistant to a convent of nuns! Even when camping solo one meets the nicest and most interesting people.