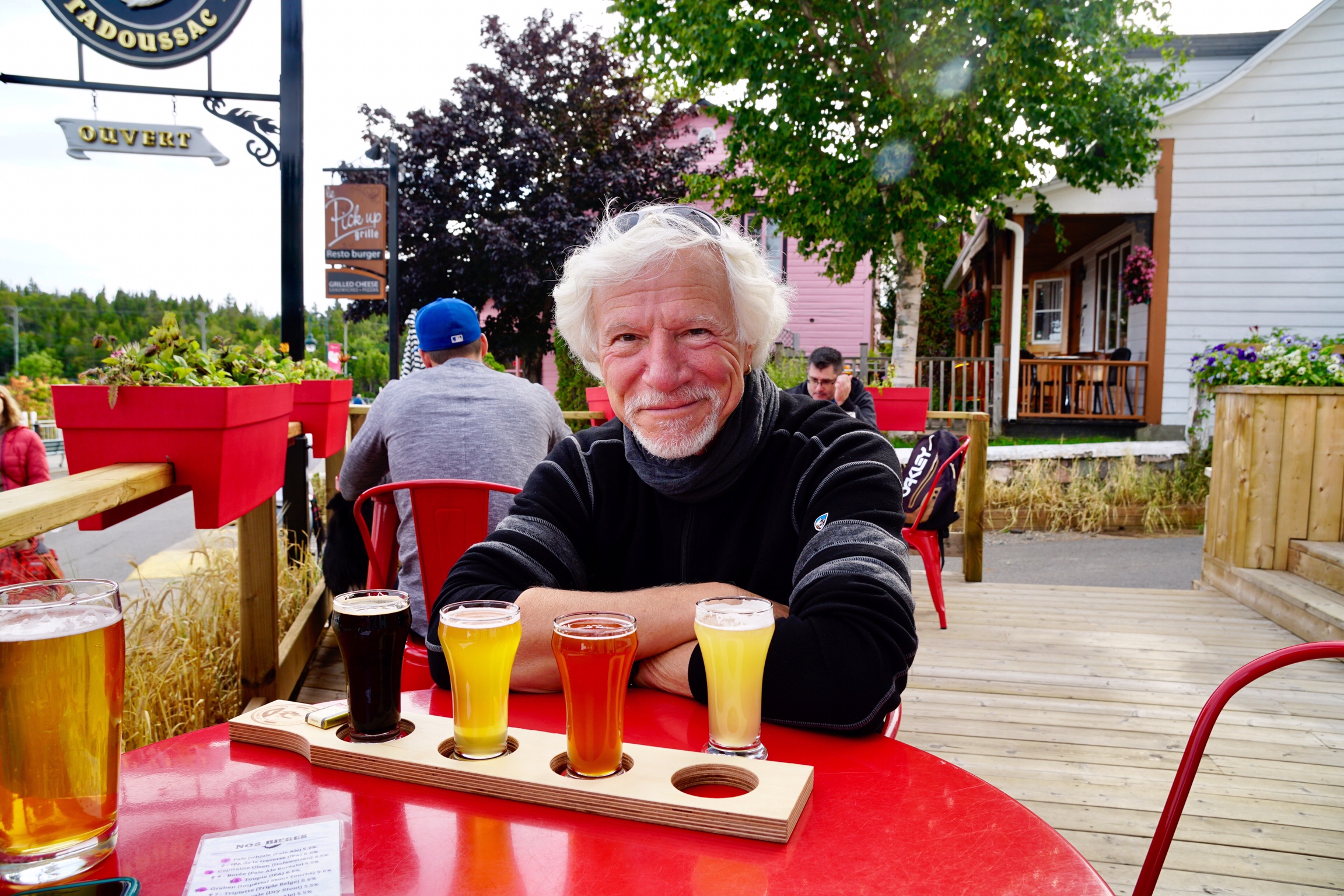 We broke camp and traveled a short distance to a very nice roadside restaurant where Christine again took the opportunity to practice her French on the locals. She is doing quite well and building both confidence and excitement at being understood.

Our drive continued to the ferry dock on the east side of the Sanguenay River where it exits the Fjord and enters the St. Lawrence. Continuous ferry service with three carriers in rotation facilitates the traffic crossing of this wide expanse of water without needless delay.

While crossing we spotted a Beluga Whale playing near the ships bow. Unfortunately I was not in time to capture it with my camera. On the other side of the river is the town of Tadoussac where we will camp for the next two nights.

Our campsite is situated high upon the dunes that overlook the incredibly quaint and historic town of Tadoussac. This had been the site of Indian tribal trading long before Cartier first visited in 1535. A European settlement and Catholic mission was established in 1600, becoming a major fur trading post and port for French vessels.

The mission was staffed in the 1600’s first by the Franciscans and then the Jesuits. The mission church that remains intact on the site dates to 1747. Two of the founding priests are interred beneath the church.

We spent the afternoon walking through town. We were pleasantly surprised to find a microbrewery near the docks. Nicholas, who was on-staff, spoke excellent English and even better “Brew-speak”. He was able to give a comprehensive explanation of the current offerings, all of which we sampled. They were exceptional. He proudly highlighted the recent third place finish that they were awarded for their Red Ale in an international competition.

We returned to camp and reserved places on a 12 person Zodiac for whale watching in the morning. We will depart further up the St. Lawrence where there is an excellent chance to view a variety of whales including a recently sighted pod of Blue Whales. Blues are the largest creatures to have ever lived. Below is a larger group that we watched depart from the pier.

Our evening was capped off with an excellent camp-cooked Pad Thai entree, wine, and fireside companionship with a group of 6 Canadians from near Toronto. Our nighttime views of Tadoussac and the far shore of the St. Lawrence are stunning!