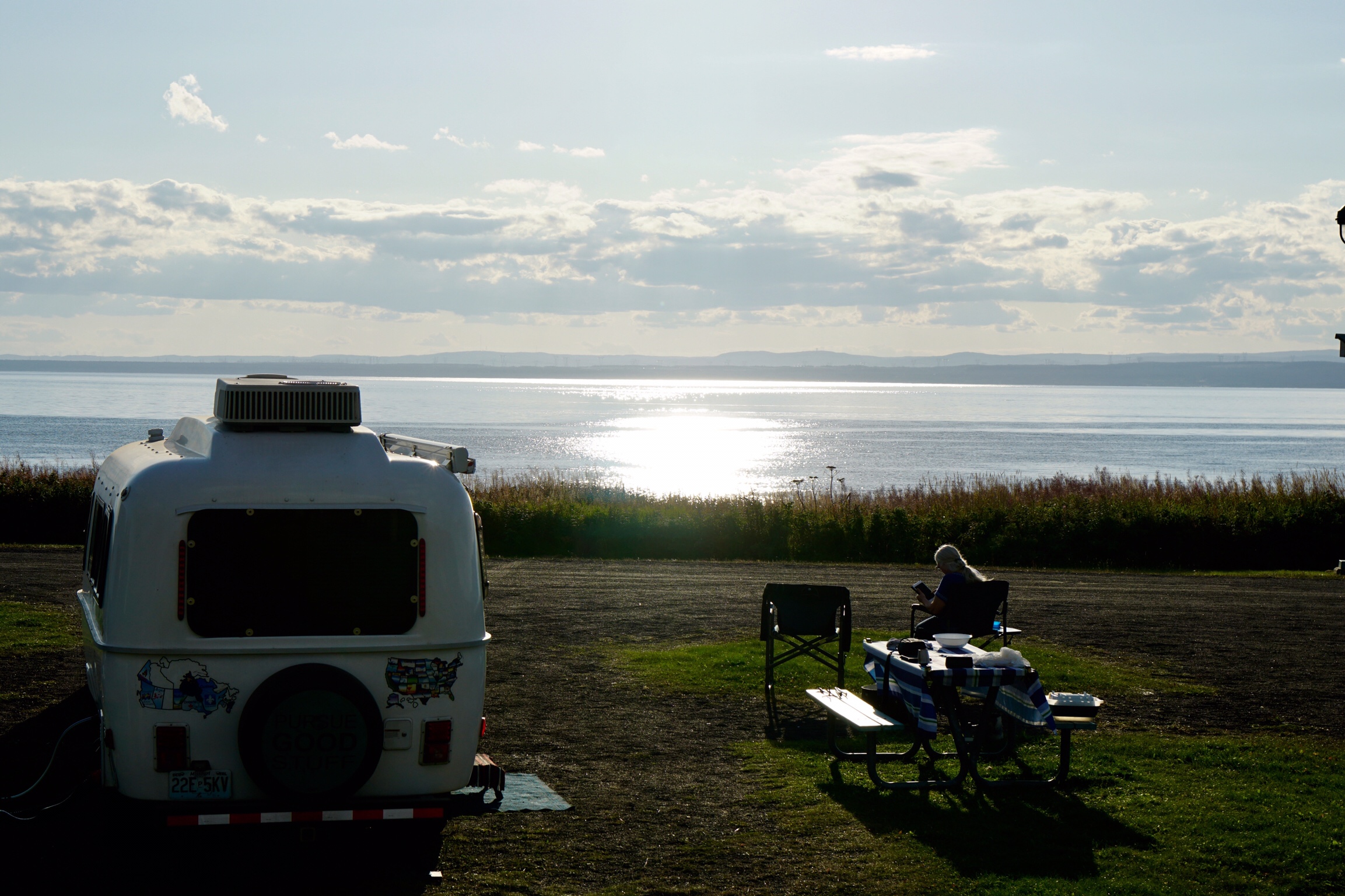 The following appeared in my archive from two years ago today as we traveled New Brunswick and Nova Scotia. It is worth sharing once again.

Most of the time my postings focus on the things that we see and the things that we do. Last night I received a heartfelt and personal email from a staff person at 5 Islands Provincial Park. I will only say that it was most touching for both Christine and me. It reminded me that there is the third dimension to our travels, the people whose lives we touch and who touch ours. These encounters do not often meaningfully lend themselves to pictures or description. However, in replying to her I offer a window into this third dimension of our experiences. I share my reply with you.

Dear ——. Our visit to your park has presented us with a series of memorably, and in some cases extraordinary experiences.

In the morning I took in the Red Head Trail, enjoying a brief interlude with a couple from Germany, taking advantage of a tart green apple that was just within my reach, and being overwhelmed by the scarlet expanse of the cliffs extending before my eyes.

Christine and I visited the Dutchman Cheese Farm where we stopped to watch 3 calves play like children in a schoolyard. After sampling an array of cheeses and chatting with the proprietor (who had just gotten off the phone with her mother in Holland), we left with a box of cheeses that may not make it back to Kansas City.

We lunched on fish and chips at Diane’s down the road, making the acquaintance of a most pleasant waitress.

In the afternoon we walked along the base of the towering red cliffs, leaving footprints on the sea floor that in a few short hours would be erased by 40 feet of incoming tide. There we met a couple from Quebec and their Great Dane who did not seem so taken with the magnificence we all appreciated.

From the elevation of our campsite we watched the return of the tide and the departure of the sun. With no campfire, we found our focus on the stars and a bright near-full moon. I casually remarked to Chris that it had been quite some time since we had seen a shooting star. Not two seconds later the sky was slashed before our eyes by the bright trail of a streaking meteor! First we laughed and then we marveled at the joke that Nature had played upon us.

Like I said, this was an extraordinary day… but little did I know that the best was yet to come. It arrived in the form of a kind and thoughtful message from you. Thank you so very much for sharing the joy of a moment when life paths briefly intersected, merged, and then proceeded over the horizon of each other’s experience.

In life may you always have fun, do good, and be safe for the sake of those who love you. Oh, and also Live Long and Prosper!