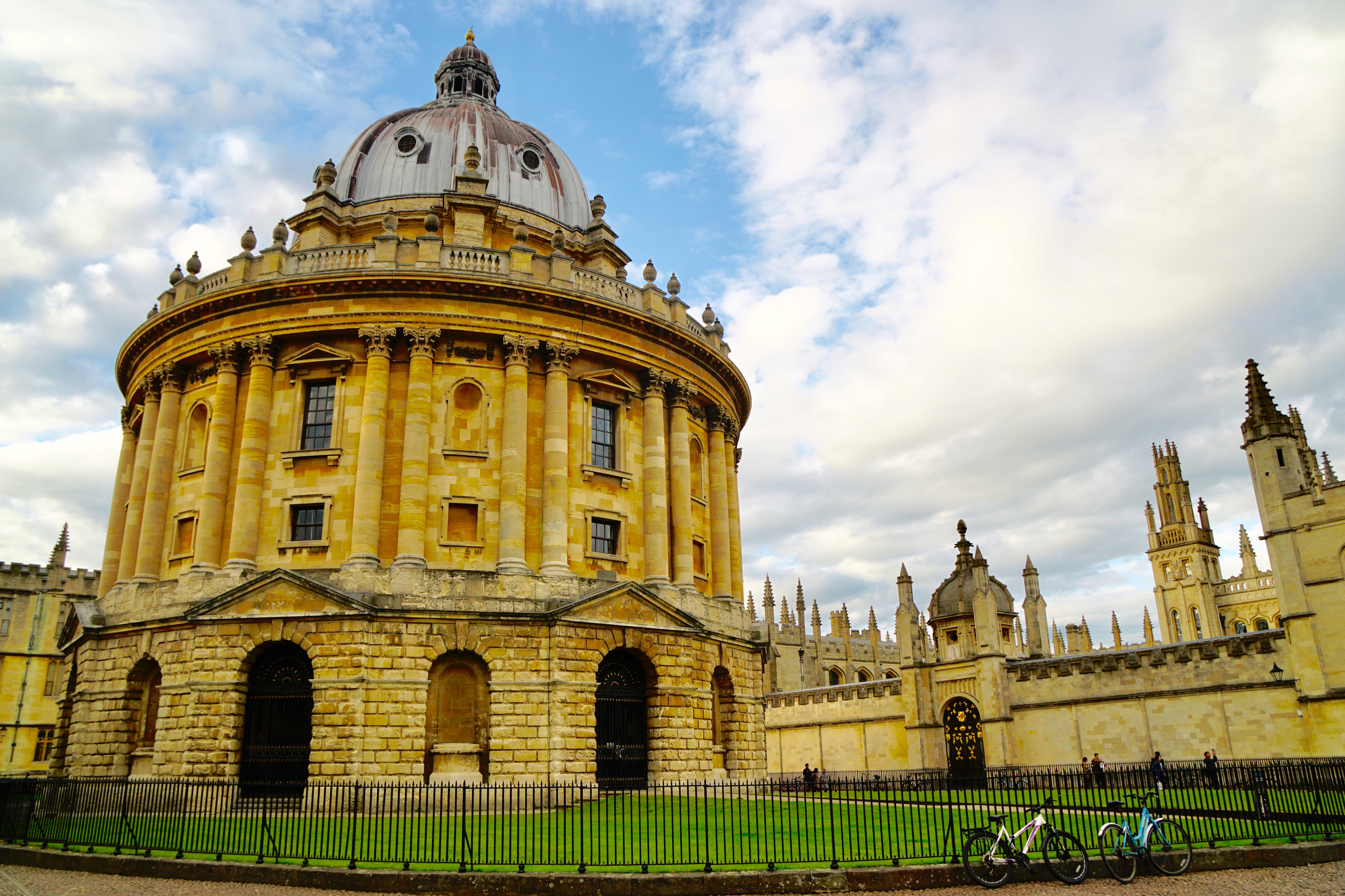 We have left Oxford England, our last “touring destination”, and are train-bound for Manchester. In deference to our early morning “red-eye” flight we have booked a room near the airport far from the city-center. Neither of us are looking forward to the upcoming 18 hours of travel. However our house, family, and friends beckon so the end certainly justifies the means.

My last series of posts were from our tour of 3 remarkable sailing warships on May 16th. I felt that each ship deserved detailed discussion and I did not want to load up all three on the same day. We have not been idle since the 16th, so here is a summary of our wandering since then.

On the 17th we took a day trip by train to Winchester. The Cathedral dates to the 11th Century and is one of the largest in Europe. A discerning eye reveals that there are architectural features from both the English Gothic (high peaked arches) and earlier Norman periods (lower round arches).

Jane Austin is buried here, but curiously there is no mention of her fame as an author. Perhaps the culture of the time considered such undertaking by women “unseemly”.

Issac Walton’s grave is also found within the Cathedral. His 1653 “best selling” treatise on fishing, The Compleat Angler, is still in print. Among quotes attributed to him are, “I have laid aside business, and gone a-fishing.” and, “Angling may be said to be so like the mathematics that it can never be fully learned.”

Six decorative funerary chests are found within the Cathedral, three on each side of the presbytery before the high alter.

There were originally at least 8 of these chests, containing the remains of an 8 ancient kings, 2 bishops, and 11th Century Queen Emma of Normandy. In 1642 during England’s Civil War Oliver Cromwell’s troops sacked the Cathedral smashing all but 6 of the chests, scattering the contents of all the chests.

It was impossible for church officials to determine who’s bones belonged in which chest so the six chests have held a mixture of remains for nearly 400 years. This year anthropologists and geneticists have undertaken the task of identifying the remains and properly sorting them.

Almost immediately after its construction the Cathedral began to slowly sink. It’s foundations had been laid in a peat bog instead upon stone located another 8-10 feet below. Conventional efforts to underpin the piers proved impossible. As soon as workers excavated along any part of the foundation the hole would fill with water. The entire structure was in serious peril of collapse. In places the waviness of the floor and bowing of the walls are obvious to the eye.

In desperation, deep sea diver William Walker was employed. Between 1906 and 1911 he worked entirely alone under 30 feet of water, and solely by touch. He hand laid over 25,000 bags of concrete under the Cathedral’s foundations. He is credited with being the single handed savior of Winchester Cathedral.

Winchester is also the home of the Great Hall of Winchester Castle. It is all that remains of the castle and was constructed in 1067 shortly after William the Conqueror’s victory at the Battle of Hastings.

High upon a wall is mounted a huge round table that was reputed to be that of King Arthur. It measures 18 feet across and weighs nearly 3,000 pounds. While it certainly is not the table of Arthurian legend, carbon and dendrochronological dating place its creation at approximately the year 1250. Originally plain, King Henry VIII ordered it painted in the early 1500’s as it currently appears.

We spent the 18th and 19th strolling the streets of Oxford. We attended a moving Evensong in Christ Church Cathedral (sorry, no pictures), and took in the somewhat cheesy tour of Oxford Castle and jail.

We also visited the Ashmolean Museum of History, and the Oxford History of Science Museum where there is a blackboard upon which Albert Einstein’s hand written equations are preserved.

Our visual highlight of Oxford was Christ Church’s Tom Tower, Tom Quad, and the Cathedral.

I confess that we could have better seen and enjoyed Oxford. However, travel fatigue has taken its toll. I intend to pen some personal reflections on our 6 week journey at another time. Until then…