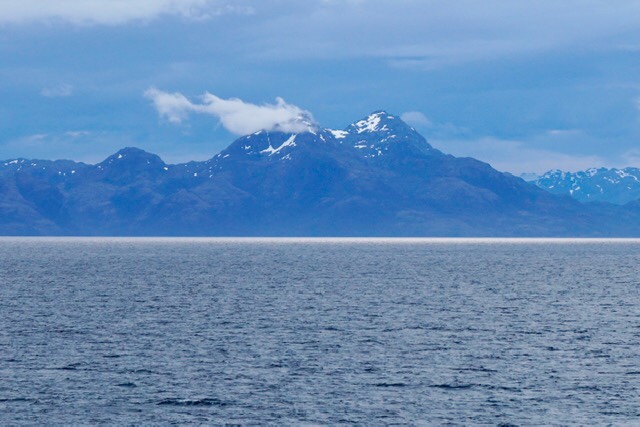 We are into our third and final week aboard the Viking Sun. As wonderful as this has been I confess that there are just a few aspects of this style of voyaging that do not suit my personality well. Making the final port will be welcome.

The service and amenities on Viking Sun are second to none. The staff are drawn from all over the world. What they have in common is an endearing quality that just makes you want to make them members of your family.

However, I am still somewhat constrained to a group schedule. The duration that I linger in a community is limited. There are few opportunities to meaningfully engage with locals.

Food and drink aboard are excellent and plentiful, to my detriment. I have stuck to my exercise routine, but there is a lot of sedentary time on our hands. The human body is like a battery and for the last 2+ weeks I’ve been taking in more calories than I can burn. The Piper will have to be paid once I’m home.

On November 30th I learned that the automated system that sends out email notifications when I make a post had ceased operating. I have spent the last few days in frustration trying to rectify this. I can still manually post to Facebook, but many of the subscribers are not on Facebook. In the meantime we have continued to marvel at the sights and experiences that are unfolding for us.

On the evening of November 30th we arrived in Punta Arenas, Chile, a city of 127,000 residents. This is the southernmost city in the country, and is to Chile what Ushuaia was to Argentina. Punta Arenas was founded in 1843, and like Ushuaia it began as a penal colony. Both cities are common starting points for expeditions to Antarctica. We shared the pier with two such ships.

The Laurence M. Gould is an American flagged icebreaker. It is distinctive for its unusually blunt orange bow. The design allows it to ride up upon the ice where the weight of the vessel is transmitted to the ice through the reinforced bow, thus breaking through the ice with the downward pressure.

Docked just ahead of the Gould was the RSS Discovery, a world class oceanographic research vessel from the United Kingdom. It is operated by the National Oceanography Centre and features a host of state of the art instruments and devices, including remotely operated deep water submersibles.

In the distance the hulk of a four masted windjammer was visible. It presented a poetic counterpoint to vessels at the wharf. A ghost of an earlier era of exploration and commerce. This was the 1875 vessel, County of Peebles, that plied the Atlantic, Pacific, and Cape Horn over 100 years ago.

We enjoyed a 3 hour walking tour of Punta Arenas that was quite revealing if not picturesque. The city endures some of the harshest climate conditions of any city in the world. There are pedestrian “grab-rails” strategically situated to assist walkers during straight line winds that can top 100 miles per hours. Winter combines cold temperatures and driving winds with relentless snow. The city is not connected to the rest of the country by road (except through Argentina), yet retains some limited attraction as a tourist port destination. There is a humble (by Rocky Mountain standards) ski lift and downhill skiing during the season.

The city has the largest urban Croatian population outside of Croatia, due to this being a point of Croatian immigration in the 19th Century. Today, approximately 50% of the city’s inhabitants trace their ancestry to that country.

During the first half of the 20th Century this area became one of the most important in the world for wool production. Sheep-raising continues to be one of the main economic drivers, along with petroleum and tourism. However, there is a threat to tourism at present.

The streets were largely deserted because it was Sunday. However, broken windows, boarded up businesses, and graffiti were everywhere.

Our guide informed us that a few days ago the city was accosted by protestors. These were destructive groups from elsewhere in the country who simultaneously descended upon at least 3 other cities in addition to the capital, Santiago, where protests have been in the news for the last month. The troubles have been simmering because of deteriorating economic conditions. The “straw that broke the camels back” is said to be an increase in public transportation fares. Also, the country’s public pension fund is managed under a private contract. There are claims that the private entity and private interests have looted the fund and are causing a devaluation of the pension benefits. These are serious issues for a middle class that is suffering the loss of its financial security.

The town center features a still attractive park and monument to Ferdinand Magellan.

2020 will be the 500th anniversary of his circumnavigation of the world. The waterway that passes before the city is the Straights of Magellan where the explorer navigated from the Atlantic to the Pacific Oceans in 1520.

Magellan is credited with being the first person to circumnavigate the world, but only because between 1505 and 1511 he had been part of an another expedition that traveled east into Southeast Asia. He was killed in 1521 in the spice islands but that westward passage had crossed the easternmost extend of his earlier voyage.

Magellan’s voyage began in 1519. He was from Portugal but sailed for Spain, heading a fleet of 5 ships and about 270 men. Only one ship and 19 of the original crew survived to see Spanish soil when they concluded the journey in September of 1522.

Approximately 7 km from the town center of Punta Arenas there is a museum, of sorts. It is called the Museo Nao Victoria. Here in a very humble open space along the shore of the Straits of Magellan are found full size replicas of Magellan’s flagship, and the HMS Beagle of Charles Darwin fame. There were other vessels, completed and under construction.

The carrack Victoria impresses as a large, barely seaworthy, tub. There is nothing graceful or even remotely comfortable in her 65 foot length and 85 tons displacement. Yet she was home to 55 sailors (most of whom perished) and successfully covered 42,000 miles as she circled the globe between 1519 and 1522.

The Beagle was much more akin to my idea of a sailing vessel and showed how shipbuilding technology had advanced in the interceding 300 years. She was launched in 1820 as a 10 gun sloop of the Royal Navy. Her 90 foot length and 242 ton displacement carried a compliment of 120 sailors. She was used as a vessel of exploration. Her second, and most famous, voyage between 1831 and 1836 explored South America and is chronicled in Darwin’s famous book, “The Voyage of the Beagle”.

Our visit to the Museo Nao Victoria was a bit of an adventure in itself. We and another couple hailed a taxi in the city center and were dropped off at the museum. The remoteness of site gave me a little pause to consider how we would return to port. Nevertheless we toured the vessels… there was no actual building that was part of the exhibits. When it came time to leave there were a couple of tour busses exiting, but no cabs. We were not part of the tour groups and the one employee that we could find suggested that I walk to the highway that was about a quarter mile away and flag down a cab. That was what I determined to do until a kind man at the main gate offered to phone for a cab. We waited in the drizzle and were happy to recognize the driver who arrived as the one who first delivered us to the Museum.

All is well that ends well! Peace Everyone. Pete

PS. I hope to remedy the problem with the email notices. However, Christine is rightly encouraging me to just give it a rest. I don’t have my computer here and all the work that I am doing is on my iPad and iPhone.

PPS. December 4th. Automated email notices went out shortly after this published. However, not all of the images are visible. Some further efforts will be required.