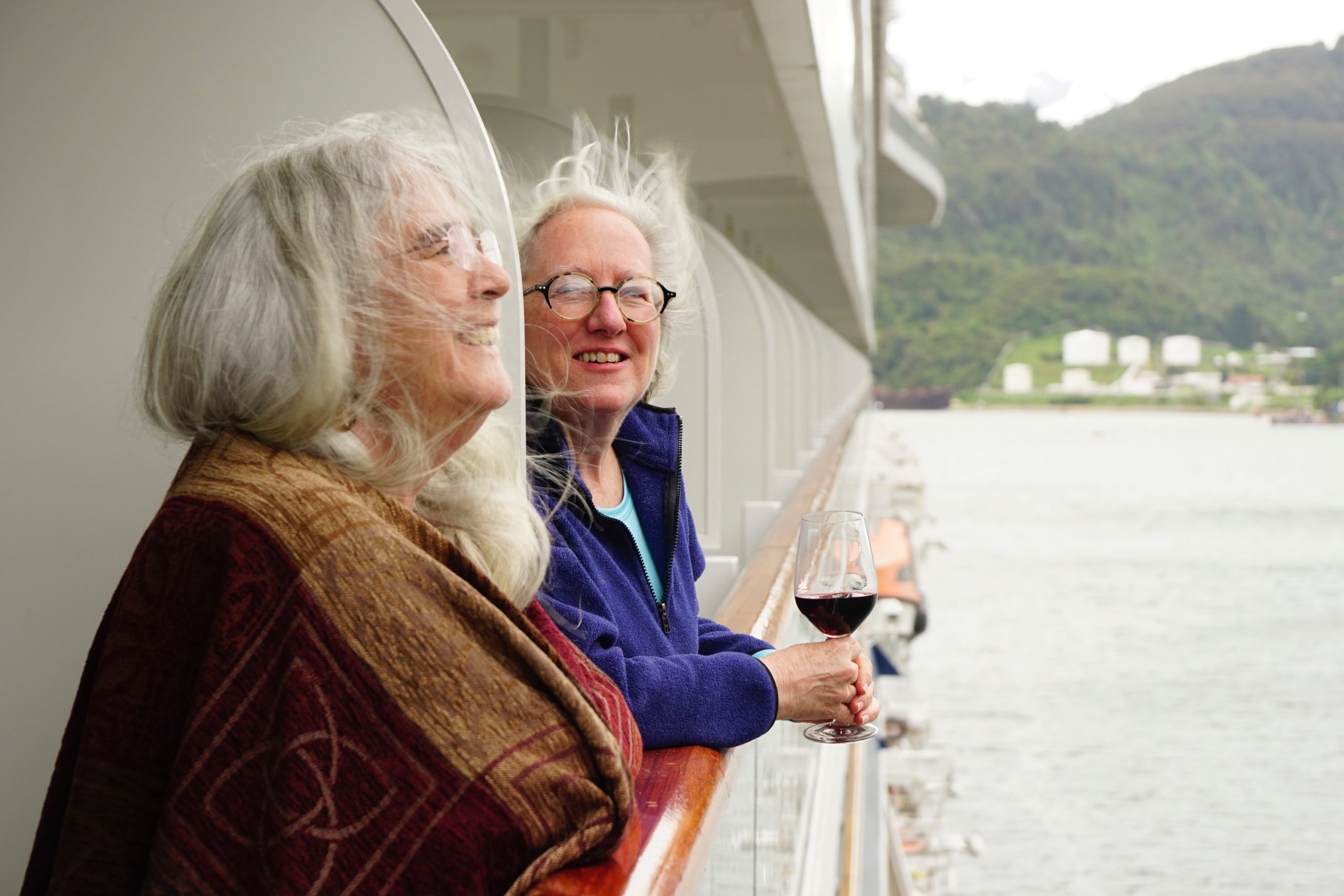 I couldn’t resist the pun, but in truth of fact every journey finds its harmony not in the major “Fjords”, but in the minor ones. What we expect brings with it the risk of disappointment. However, the little joys that we don’t expect become magnified in the encounter.

We arrived for a day in port at Puerto Chacabuco, Chile. The population (1,250) of this village was more than doubled by our arrival. It is an entry point into the interior of Southern Patagonian and the location of the 1817 Battle of Chacabuco where national hero San Martin and his Army of the Andes defeated the royalist in the struggle for independence.

I participated in a bus tour that visited the Rio Simpson Nature Preserve which was located an hours drive into the interior. The drive presented us with wonderful vistas that I wish we could have stopped to enjoy. I was able to secure some usable images that were shot through the bus window.

The passenger seated next to me happened to be Alister Miller, who for the last 7 years has been Vikings photographer. He has traveled the world-over preserving “Viking moments”. His wife is also the daughter of Vietnam’s former Vice President. She and her family were part of the boat people exodus from that country. She settled in Norway where she became a renowned dress designer. For a number of years she was the personal designer for Norway’s Queen. A joyfully unexpected meeting and conversation with a master of his craft.

The preserve was well kept and provided a delightful walk through fields of flowers along the Simpson River. The brilliant purple flowers are Lupin. The giant leafed plants are Gunnera tinctoria, also known as “giant rhubarb”, although it is not a related species. Perhaps one of my friends can help with the identification of the small yellow flowers.

At the park I met jewelry artists Claudia Munoz and her husband. I purchased a pair of Claudia’s earrings as a surprise for Christine. A little joy in the encounter, in the purchase, and in the subsequent giving.

On our return we stopped at Chile’s longest suspension bridge.

I saw a giant Andean Conor in flight. These are the largest flying birds in the world in combined weight and wingspan, weighing over 30 pounds and with a span of over 10 feet. They are among the longest lived birds, having a lifespan of over 70 years. The species is threatened and numbers are in decline. It is believed that only 6,000 remain in the wild.

Christine had passed on the outing to get over a minor upset stomach. We rejoined at dock and then walked the (few) streets of Puerto Chacabuco in search of lunch.

We have always considered “eating with the locals” as one of the little joys to embrace. We have rarely been disappointed with our off-the beaten-track finds, and today was no exception.

“Restaurante Y Cocinaria” didn’t look like much from the outside, but it was superbly charming inside. Good beer, a steak (real, not ground) sandwich as big as my head and a charming waitress who spoke no English made this another of the day’s little joys.

There were other “little joys”, but the one that I will leave you with was enjoying our veranda, drinks in hand. I was playing songs of our generation through my Bluetooth speaker. Like the Pied Piper it called our neighbor, Polly, to look over with a glass of wine in her hand. She and Christine bear a passing resemblance. Their banter, silver hair dancing in the wind, made for another joy that I was fortunate enough to preserve with my camera.

Peace… and little joys Everyone. Pete

PS. As I was finishing the above my background music began playing one of my favorite songs, Procol Harum’s “A Salty Dog”. Like most of their music the lyrics present a mystery of interpretation. Nevertheless, I found something resonant as we near our final port of call:

‘All hands on deck, we’ve run afloat!’ I heard the captain cry

‘Explore the ship, replace the cook: let no one leave alive!’

Across the straits, around the Horn: how far can sailors fly?

A twisted path, our tortured course, and no one left alive

We sailed for parts unknown to man, where ships come home to die

No lofty peak, nor fortress bold, could match our captain’s eye

Upon the seventh seasick day we made our port of call

A sand so white, and sea so blue, no mortal place at all

We fired the gun, and burnt the mast, and rowed from ship to shore

The captain cried, we sailors wept: our tears were tears of joy

A salty dog, this seaman’s log: your witness my own hand…