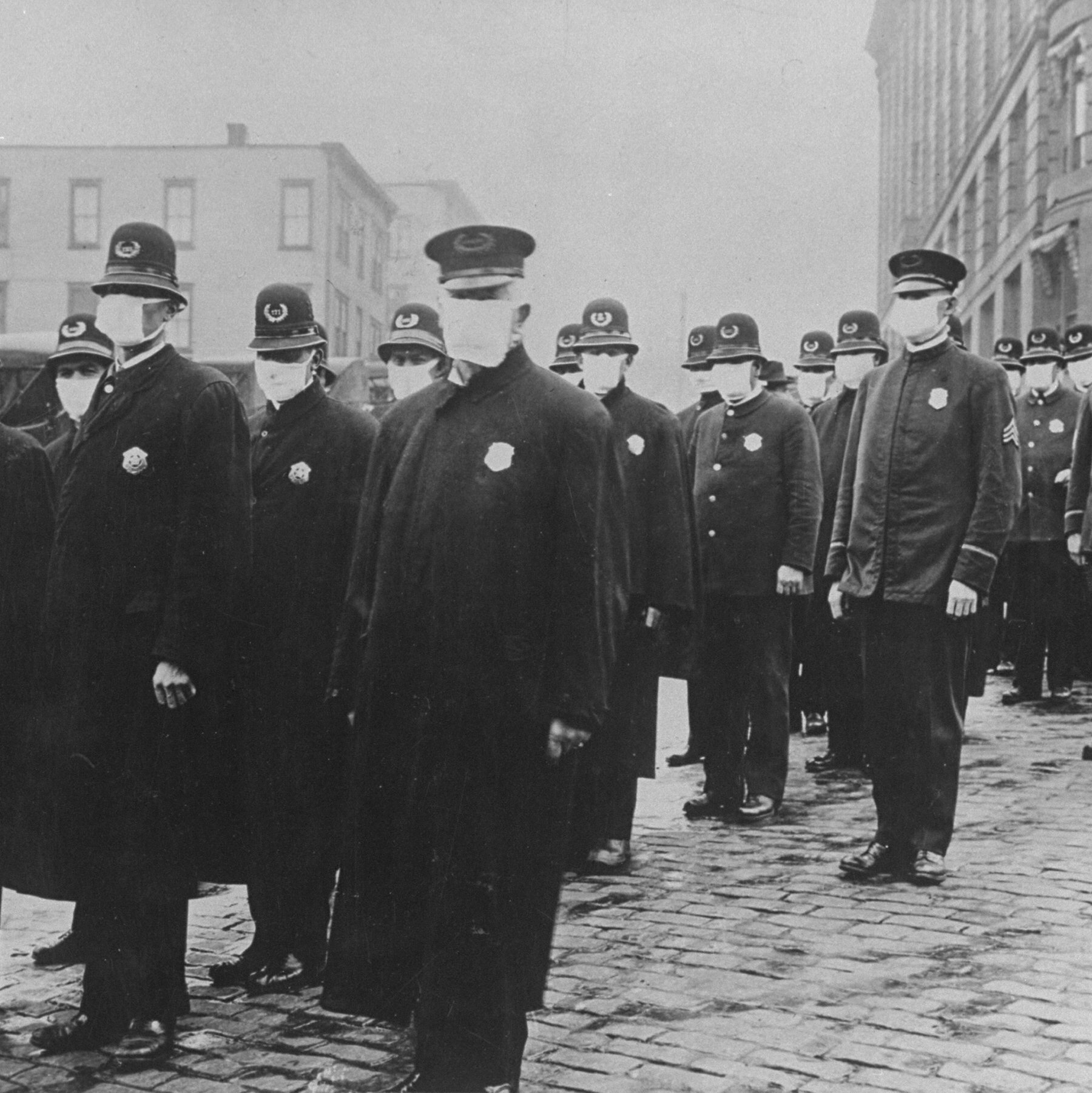 The last few weeks have been tough. The Chinese might say that Christine and I are living in “interesting times”.

Her 101.5 year old Father recently passed away. Earlier this week we traveled to be at my 94yo Mother’s side as she faces end-of-life issues that have taken her from the home she loves into skilled nursing care and Hospice. Her nephrologist opines, “2 weeks, maybe 2 months… but it will be a peaceful passing.” Christine is home uncomfortably recovering from shoulder surgery that occurred yesterday and I have an orthopedic consult on Monday for a similar problem. As with so many others, we have both taken “social distancing” to heart courtesy of covid-19. For us this means temporarily becoming “virtual parents and grandparents” via Facetime.

I find that I am drawn to each “breaking story” of the emerging pandemic. A few years ago I read an excellent book, “The Great Influenza”, by John M. Garry, that chronicled the Spanish Influenza Pandemic of 1918.

My interest in those events is not casual as it has spanned decades to my pre-teen years. In the early 1960’s my family lived in South Holland, Illinois. At that time it was deemed the “Onion Set Capital of the World”. Instead of the rows of subdivision houses that now define that community there were endless rows of onion sets growing in expansive farm fields.

Migrant workers annually swelled the little community and briefly caused a shift in the demographics from primarily Dutch immigrant roots to Mexican ones. I ran those fields and explored the forests beyond. It was in those woods near Thornton Illinois that I came upon a long forgotten cemetery.

Then there was barely a hint of a road through an overgrowth of saplings, vines, and trees. However, among the thicket I saw an irregular array of tombstones. Some from as early as 1910 and others dating to the late 1920’s. What captured my attention were the dozens of graves that dated to around 1918, most of which were younger adults and children.
Returning home I told my parents of my “find” but drew little interest and no information from them. The South Holland Public Library (where I was a “frequent flyer”) offered no insights. It was not until years later that I learned of the 1918 Spanish Flu Pandemic and connected the dots to that abandoned cemetery.

The internet provided a little more information: Mount Forest Cemetery was founded in 1909 as a Negro cemetery at the southern extreme of Cook County. It closed in 1939. During the pandemic of 1918 a portion of the cemetery became a potter’s field for some of Chicago’s African American influenza victims.

(All images in this post are from the internet.)

Statistics, whether about the Spanish Influenza Pandemic or covid-19 are faceless and nameless. In 1918 the world population was 1.9 billion, with the United States population standing at about 105 million. Today, those numbers are about 7.7 billion and 350 million respectively.

In 1918 nearly a third of the world population is believed to have contracted the virus and the mortality rate is estimated to have been around 3 percent. Covid-19 is believed to have a 2 percent mortality rate. I have heard folks say that 2 percent is no big deal. However, when one applies that to current population figures a different image emerges.
Estimates place the world death toll in 1918 at up to 50 million.

The United States suffered over 500,000 deaths. Covid-19 seems to be just as contagious but slightly less deadly. Nevertheless, with a population density that is 4 times greater than in 1918 it is little wonder that health experts have been alarmed from the beginning. If 30 percent of 350 million become infected and there is a 2 percent mortality rate then the bottom line reads 2 million Americans might perish. What these “numbers” fail to take into account is the impact upon the lives of those who spend weeks and months struggling through recovery, unable to work. Approximately 30 million Americans are without health insurance. For them a health crisis is also a financial one. We face a health care system likely burdened beyond its capacity.

While the “statistics” are sobering, it is my memory of that cemetery that remains foremost in my thoughts. Each one of those tombstones was a real person and behind that person stood a grief-stricken family.

Prudence dictates that we listen to the experts… take to heart the mantras of “social distancing” and conscientious attention to hygiene. In 1918 Philadelphia and St. Louis were the 3rd and 4th largest cities in the United States. In the face of that emerging epidemic they took polar opposite approaches to the contagion. St. Louis imposed a shutdown of large events and gatherings. Philly hosted a huge War Bond Parade (over 200,000 in attendance) that became a hotspot for community contamination. More than 12,000 died of influenza in Philadelphia while the toll in St. Louis was 700.

Prudence is not panic. Panic is a shopper mindlessly buying a basket full of toilet paper that they have no logical need for.

Panic is shelves being emptied of every form of canned good in a frenzy of impulse shopping. Again, the lessons of 1918 can be instructive. The virus will run its course. There will be disruptions, but it will not be apocalyptic. Panic buying does nothing tangibly beneficial for the shopper, but damages those who might need just a few rolls of that TP. Panic is a sad but understandable feature of what occurs when we abandon our consideration for others to join the stampeding herd.

Then there are the profiteers: Stories are surfacing of those who seek to turn social misfortune into personal gain. There is the “entrepreneur” who saw an opportunity to make it big by driving 1,500 miles and stopping en route at every pharmacy, Walmart, Target, and “Dollar” type store that he passed. He bought over 17,000 small bottles of hand sanitizer at a cost of a dollar or two each and then began reselling them on Amazon for up to $70.00 apiece. This outrageous example of gouging resulted in Amazon quickly closing his account. Now he is stuck with all of those dispensers while others in need of the product go wanting.

There is the “Christian” televangelist who sells toothpaste on his website, implying that it will immunize the user from covid-19… and the popular internet conspiracy pundit who preys upon his listeners by peddling phony virus “cures”. What of the “talking heads” who make brash and irresponsible claims for the purpose of stirring up controversy to drive up their ratings?
These are the human viruses that infect our society and for which there will never be a vaccine or a lasting cure.

Peace Everyone… and don’t forget to wash your hands. Pete

PS. A metaphor: Walking through a forest with his eyes closed a man bumps into a tree now and then. He is unaware of the forest that surrounds him until he opens his eyes. Without broad testing of the public we remain ignorant of the extent of covid-19 infections that run through our communities, aware only of those most critically ill.