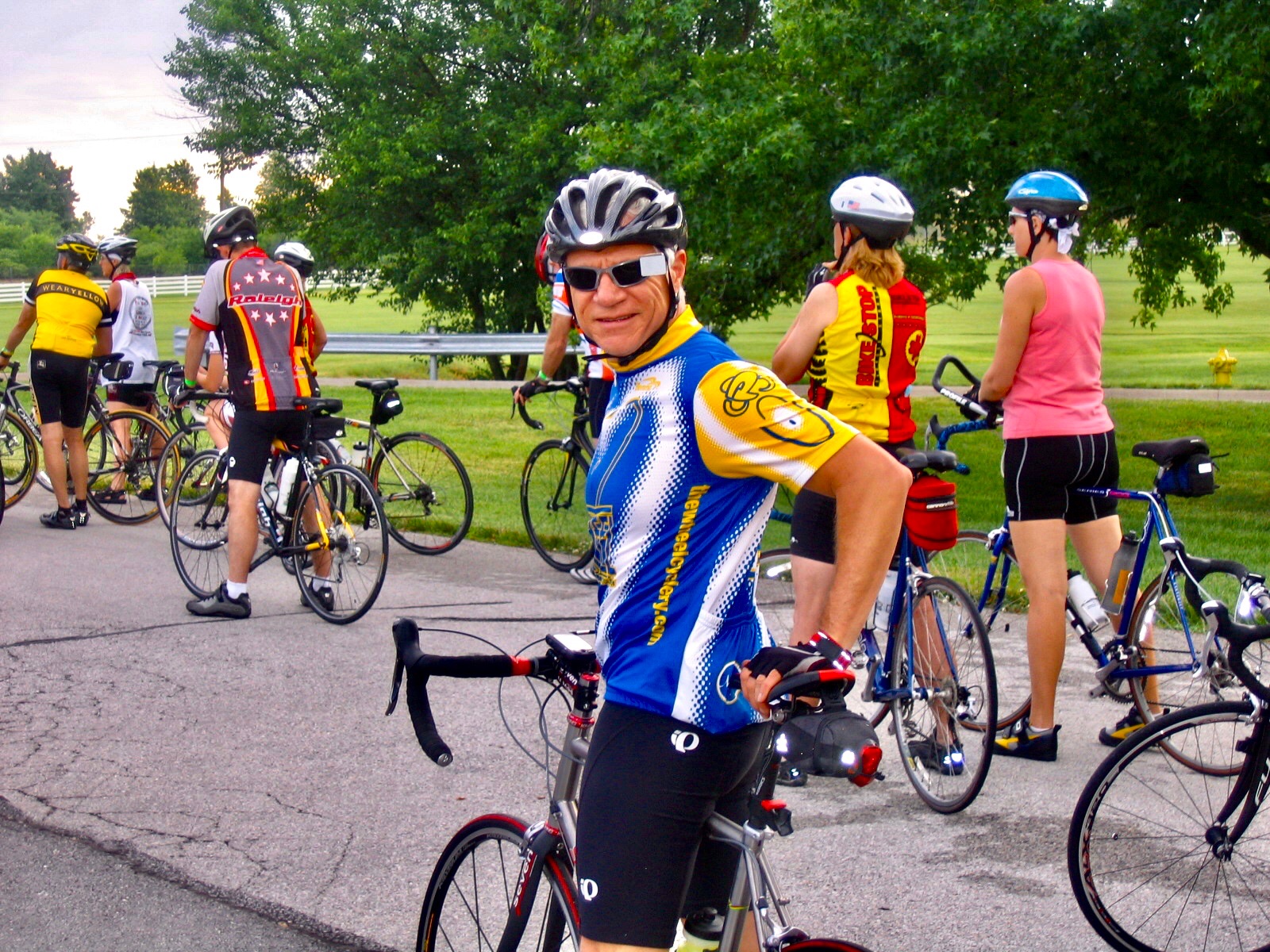 Every story has a beginning and this one dates to 2008: I was 56 years old. Married for 31 year, a father for 30 years, an attorney for 28 years, and we had welcomed 2 new grandchildren into our lives early that year. There would be a total of 9 born within 30 months of that January. I had dreamed of riding a bicycle across North America… never… not even once.

After a 40 year hiatus I had rediscovered bicycling in 2006 and stood as proof that once learned, one never forgets how to ride a bike. My bicycle was a far cry from the 26” chrome fendered beast that I rode as a young teen. My “Seven” (the brand name) was a sleek custom build titanium job that had cost almost twice what my first new car did (a 1974 Toyota Celica GT). “Guy jewelry.” was my curt reply to Christine as she gasped upon reading the invoice. It explained everything, and nothing. I ride it to this day.

My father had long suffered from Multiple Sclerosis and so it was natural for me as a bicycle enthusiast to participate in the MS-150 charity rides sponsored in Missouri. In 2006, 2007, and again in 2008 I had ridden over 150 miles in the course of the 2 day event. I considered that to be quite an achievement.

Bicycling 5,000 miles coast to coast, crossing through 16 States, was unthinkable… certainly beyond my contemplation.

In 2008 we lived in Liberty Missouri but traveled weekly to Kansas City for Mass at St. Francis Xavier Church (SFX), the Jesuit parish next to Rockhurst University. From 1977 to 1989 we had lived a short walk from SFX and were very active in the parish. I had served a term as President of the Parish Council and Christine served as President of its School Board. By 2008 we had long retreated to pews nearer the back of the church.

In the 1950’s SFX could boast 1,500 registered parish families. In the 70’s and 80’s there were perhaps 150. The architecturally significant church was cavernous. In the early years of our attendance it rarely approached capacity except at Easter and Christmas.

The church was the spiritual home for a small but dedicated core of parishioners.

Around the year 2000, SFX experienced something of a renaissance with the arrival of its newest pastor, Father Matt Ruhl, S.J.. Among homilists Matt was a “rock star”. He drew a following from across Metro-Kansas City and SFX once again enjoyed near capacity attendance each Sunday. Matt was never one to presume the mind of God. Words like “God wants you to…” were usually absent from his sermons. Instead he challenged us to know and love ourselves and thus our neighbors in thought provoking presentations. He preferred to forego looking down upon us from the pulpit, instead walking up and down the aisle among the congregants. Mid-sermon he would often shake a hand, pat a shoulder or wink an eye without skipping a beat of his message.

His popularity was legendary and perhaps the source of jealousy from Kansas City’s Diocesan  bishop at the time who ended up ordering Matt to return to the pulpit as was “expected” of a dignified clergyman. That bishop would later find notoriety as the first of his standing to plead guilty to the crime of failure to report the sexual abuse of children.

It is said that all good things must come to an end and so it was with Matt Ruhl’s tenure at SFX. One Sunday in mid-2008 he addressed the congregation and announced that in May of 2010 he would be leaving for another assignment. Those were sad words for his dedicated followers.

It was a rare Sunday for us as we were joined in the congregation by our adult children, their spouses, and our two infant grandchildren.

Matt’s message was not of particular interest to the family until he added an unusual twist: Father Matt had received permission to take a sabbatical over the Summer of 2010. Joined by a few hand chosen riders he would bicycle across the United States, delivering the message of the Catholic Charities’ campaign to reduce poverty in the United States. He and his cycling companions would raise both awareness and funds as “Cycling for Change” (C4C). Matt would be seeking riders to join for segments of the journey. The members of my family collectively gasped as they turned to look at me. Mesmerized, I stared up at Matt. Bicycle… across the United States… across America… Wow. My family knew me all too well.

After Mass I sought out Bethany Paul, Father Matt’s assistant. “I would like to sign up for the entire ride.” Bethany looked at me without expression. I am sure that my face was familiar to her and Matt, but beyond that I was an unknown. I repeated myself. Politely, Bethany found a blank piece of paper and took down my particulars. They would be in touch. It never occurred to me that I might not be chosen to ride. I began regularly calling Bethany for “status updates”. I ignored that no one had acknowledged my “application”. In retrospect I am sure that I was something of a nuisance. My persistence won out and I was taken seriously. I would be one of the “through riders”. Eventually we would number 12, including Matt and Bethany.

There would be segment riders, and there would be support participants who would drive the vans, one pulling a cargo trailer that would be our SAG (“Support and Gear”).

I had not given thought to being away from Christine for over 3 months. Those were just details. I was going to ride across the United States on a bicycle!