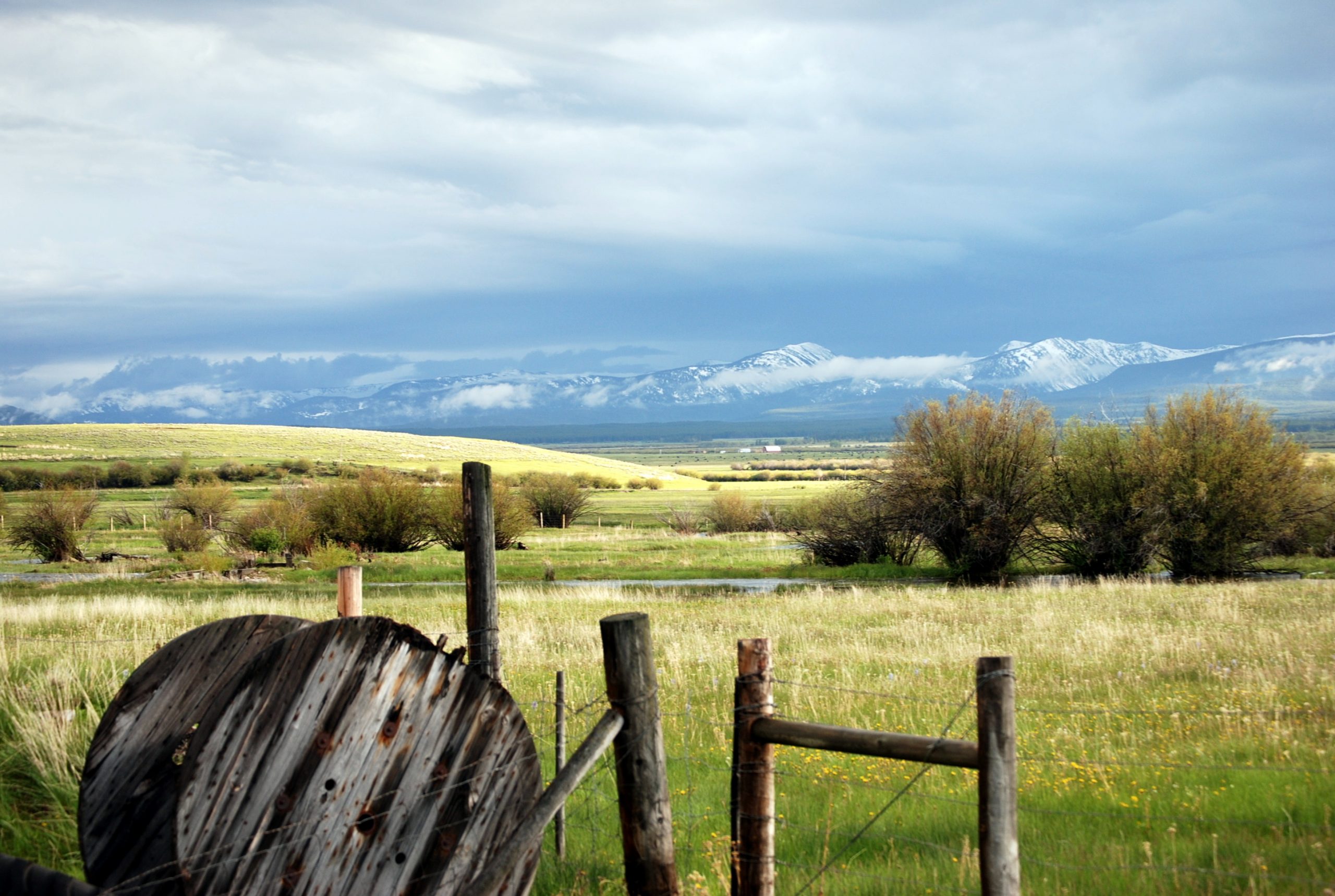 Montana is big, very big. At 147,000 square miles it is the fourth largest US State behind Alaska, Texas, and California. Yet it is the third least densely populated of the States, with only 7 residents per square mile. Only Wyoming (6 per sq. mile) and Alaska (1 per sq. mile) are more sparsely populated. Montana was the largest of the 15 States that C4C crossed. (I and a segment rider, Ben Harring, made an afternoon bicycle detour into Arkansas, thus making 16 States for the two of us.) Over the course of 7 days we rode from Missoula to Yellowstone National Park in Wyoming, covering nearly 350 miles. Remarkably, our transit of Florida was by far the longest at over just over 1,000 miles… a fifth of our entire journey. But I am getting ahead of myself.

On the morning of June 18th (2010) we assembled for our departure from Missoula. Father Matt offered his customary prayer which always included, “Let’s ride with peaceful minds and strong hearts…” and concluded with “God Bless C4C… Buns Up Everyone!” Another customary bell weather for the start of a day was Christine’s instructions to the group which included a summary of the route, lunch arrangements and special instructions. Her departing hug and kiss for me became a symbol of wishes for the safety of all of us.

Along our 51 mile route to Hamilton, Montana, we stopped at the National Historic site of the Flathead Indian Mission of St. Mary’s along the Bitterroot River.

The Mission, founded by Jesuit missionaries in 1841, was the first permanent settlement made by Europeans in what was to become Montana. The grave of Father Antonio Ravalli SJ (1812-1884) is prominent in the Mission’s cemetery.

Ravalli was posted to the Mission from 1845 to 1850 (when it was closed due to incursions by hostile Blackfoot Indians) and he returned in 1866 to head the Mission until his death in 1884. A native of Italy, Ravalli spent 40 of his 50 years as a Jesuit tending to the needs of Native Americans, never to return to his homeland. In addition to Ravalli’s grave monument there is one titled “Salish Kootenai” which honors tribal members whose homeland was the Bitterroot Valley.

I had learned a “trick” that was to serve me throughout the ride: While riding, I could shoot pictures over my shoulder of the cyclists behind me.

A marquis greeting at the motel where we would spend the night was our welcome into Hamilton.

Hamilton’s St. Francis of Assisi Parish hosted us at Mass and dinner. A well-attended presentation about our mission and dialogue with the audience followed.

Except for making miles across an incredibly scenic land there were no public events for us to participate in. Matt had been scheduled on the 19th to make a phone address to a group gathering at Kansas City’s Browne’s Irish Market, but technical difficulties derailed those plans. There was, however, a private celebration that evening; We joined to honor not only the 33 years of marriage that Christine and I had enjoyed, but Lissa Whittaker’s ??th birthday.

The days that followed presented us with a variety of accommodations….

There were also some iconic sights that harkened back to earlier times.

The remoteness meant that we traveled many miles without towns or mid-day meal options. The goodness of local volunteers who met us along the route provided us with food, beverages, and welcome rest.

On the 20th we rode under threatening skies. A snowstorm struck Chief Joseph Pass less than an hour after we had crossed…

It was sub-freezing on the morning of the 21st as we departed from Jackson Hot Springs, known to be one of the coldest places in the lower 48 states.

We were told that on average there are fewer than 35 days a year that the thermometer does not at least dip below freezing.

We crossed a number of mountain passes, ascending thousands of feet only to descend just as many into the river valleys below.

Coasting downhill my speed approached and occasionally exceeded 50 mph. At those speeds the utility of a bicycle helmet is likely limited to preserving an open casket option.

62 year old rider John Stigers is a very big man. One might have questioned his ability to sustain those climbs. However, his career as a US Postal Service mail carrier had provided him with the legs of Atlas.

John was not fast, but he was remarkably strong… stronger certainly than the mere mortal tires affixed to our bikes. All of us suffered flat tires over the course of 5,000 miles, I experienced only one. For John they seemed a near daily occurrence. The group stopped counting John’s flats at 20.

June 23rd was especially memorable for Christine and me. On that day, while we were all attending to the maintenance of our bicycles, grandson Peter Nikolaus Schloss was born to our son Peter William Schloss and daughter-in-law Nikola Smith. Little Peter is at least the 6th of my lineage to carry the name Peter since the start of the 19th Century.

Throughout our passage under Montana’s Big Sky we remained mindful that ahead of us lay a tour of famed Yellowstone National Park, experienced from the seats of our bicycles.

Next: Yellowstone and Teton National Parks.