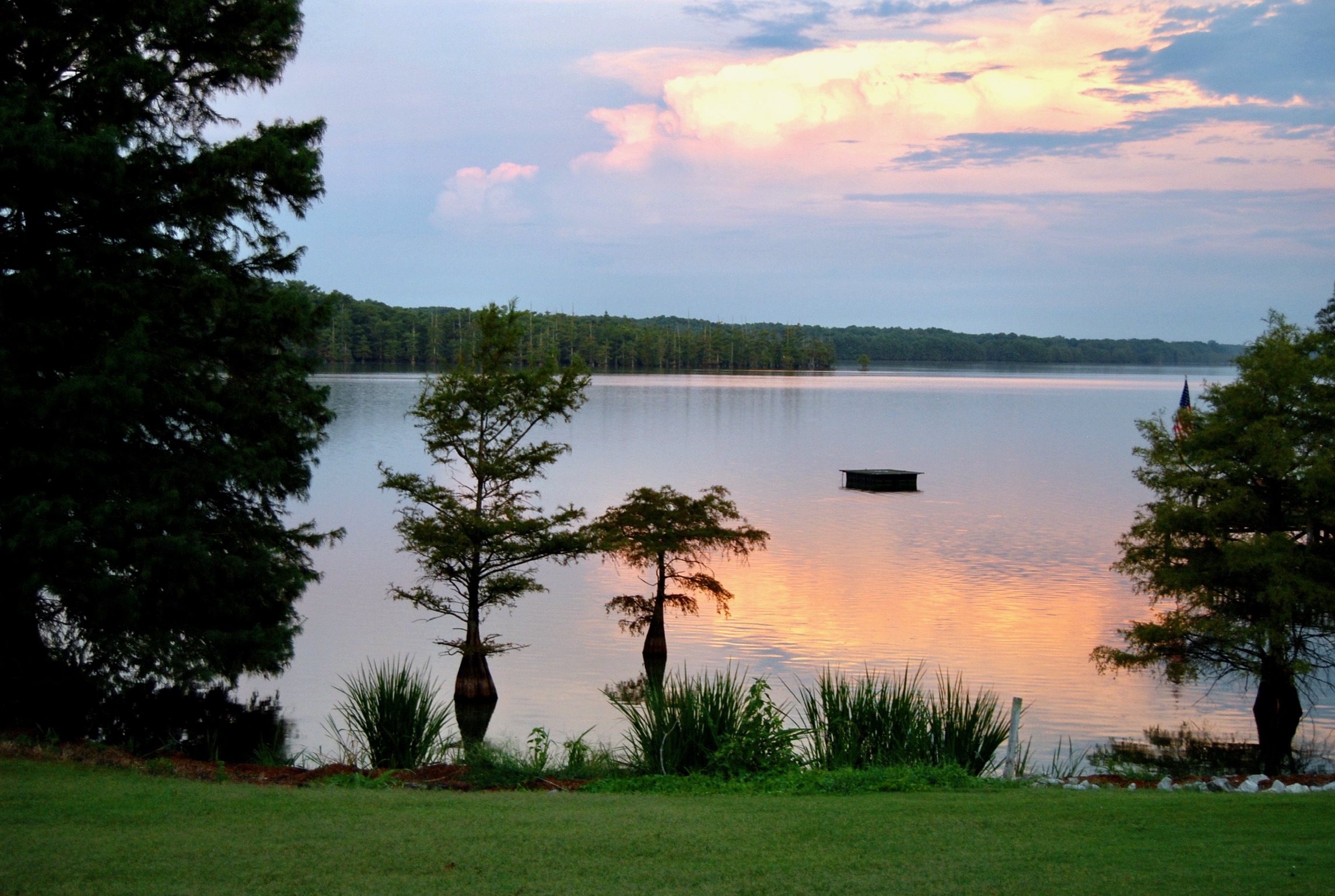 When we awoke the morning of August 3, 2010 in Memphis Tennessee, 561 bicycle miles and 9 riding days stood between us and New Orleans. That worked out to an average of a little more than 62 miles per day, known in bicycle parlance as a “metric century” (100 kilometers).

For 12 cyclists who had already covered thousands of miles together, that did not seem to be a heavy lift. However, as we were to learn that day the worst was yet to come.

We anticipated a hot and humid day. Lula Mississippi lay 60 miles ahead, largely following paved farm roads. What we did not anticipate was the searing heat that would soon confront us. The sun blazed from high upon a cloudless sky. It blistered the pavement which in turn reflected “fire” through the soles of our shoes. Christine had her hands full ferrying water to the riders and monitoring our condition out of a very real concern for heat exhaustion or even heat stroke. She did require some riders to call it a day short of our destination and transported them to the end.

For me it was perhaps the most challenging riding day of the summer. I found that although I was well acclimated to higher temperatures, nothing really prepares one for a shadeless 107 degrees with a heat index in the hundred-teens. My body processed water into perspiration at a rate I had never before experienced. Taking my shoes off I could literally pour water out that had accumulated from the sweat of my feet.

Our destination was the Isle of Capri Coral Reef Hotel where we would spend that night. When I arrived I found that I had begun to shiver as if I was freezing. No doubt I was on the cusp of heat stroke. I made a quick dash into hotel’s inviting outdoor swimming pool and within 30 minutes was mostly restored. My experience was not unique among the riders.

We learned the valuable lesson to begin our rides in the pre-dawn twilight. A sideline benefit was less traffic and seeing the beauty of the landscapes as the sun’s ruby rays first burned off the morning dew.

From Lula we continued 60 miles on August 4th to Cleveland, Mississippi where we were hosted for the night at Delta State University, home of the “Fighting Okra”.

August 5th and we arrived at Roy’s Cabins on the shores of picturesque Lake Washington.

On August 6th we continued our progress through “the Deep South” on toward Vicksburg, Mississippi.

On the route we stopped at the “Onward Store” along US Highway 61 near Rolling Fork.

This delightful general store and restaurant sits upon the site of a famed 1902 visit by US President Theodore Roosevelt. Roosevelt, at the invitation of Mississippi’s Governor Andrew Longino, came to hunt bear. Roosevelt made national news for his refusal to shoot a captive bear.

Media cartoons featured Roosevelt and the “Teddy Bear”. Of course, the rest is history. Sadly the store which had operated since 1913 has since closed in 2019.

As an aside, Theodore Roosevelt is the only US President credited with coining a corporate catchphrase. To this day that slogan is nationally famous: Legend has it that in 1907 Roosevelt was a guest at the Maxwell House Hotel in Nashville, Tennessee. Enjoying a morning cup of the hotel’s coffee he declared, “This coffee is good to the last drop!” The quote caught on and was adopted by Maxwell House Coffee.

Regrettably, we did not have the opportunity to tour Vicksburg which is the site of one of the seminal battles of the Civil War. Below is the Claiborne County Courthouse located in Port Gibson Mississippi. Founded in 1729, Port Gibson was the site of the May 1, 1863 amphibious landing the Union Army and the successful campaign that presaged the victorious assault on Vicksburg.

Between May 18 and July 4, 1863 US General Ulysses S. Grant conducted the  siege of Vicksburg that ultimately drove the Confederate Army out of the fortress city. This was the Confederacy’s last stronghold on the Mississippi and the defeat effectively split the South, providing the Union with control of the entire length of the Mississippi River.

In 2015 Christine and I revisited Vicksburg and took time to tour the city and battlefield. We highly recommend the visit.

From Vicksburg we enjoyed a remarkable 87 mile ride that featured travel upon a portion of the picturesque Natchez Trace.

This historic trail runs approximately 440 miles from Nashville, Tennessee, to Natchez, Mississippi. It was a well-traveled forest route used for centuries by pre-Columbian Native Americans. Today it is a limited access National Parkway that is maintained by the National Park Service.

On August 8th we rode to St. Francisville, Louisiana, where we were afforded the honor of a police escort. It was from St. Francisville that we toured Louisiana’s State Penitentiary at Angola. (See “The Death Chambers at Angola”)

August 9th and we were on the road to Baton Rouge, Louisiana.

We enjoyed a “rest day” there before continuing on to Convent, Louisiana, where we spent the night at the remarkable Manresa Center.

The Manresa Center is a 130 acre Jesuit operated retreat center that was originally founded in the early 1800’s as Jefferson College, a private school for the sons of plantation owners.

The Jesuits purchased the property in 1931. Today the facility provides “men only” spiritual retreats. Strictly speaking, women are not permitted to remain on the grounds, however the “rules” were bent to allow our entire group to spend the night as guests of this extraordinary place.

From the Manresa Center we rode into New Orleans on August 12th, following the levies that channel the Mississippi River to the Gulf of Mexico.

Next: New Orleans, the “Big Easy”.