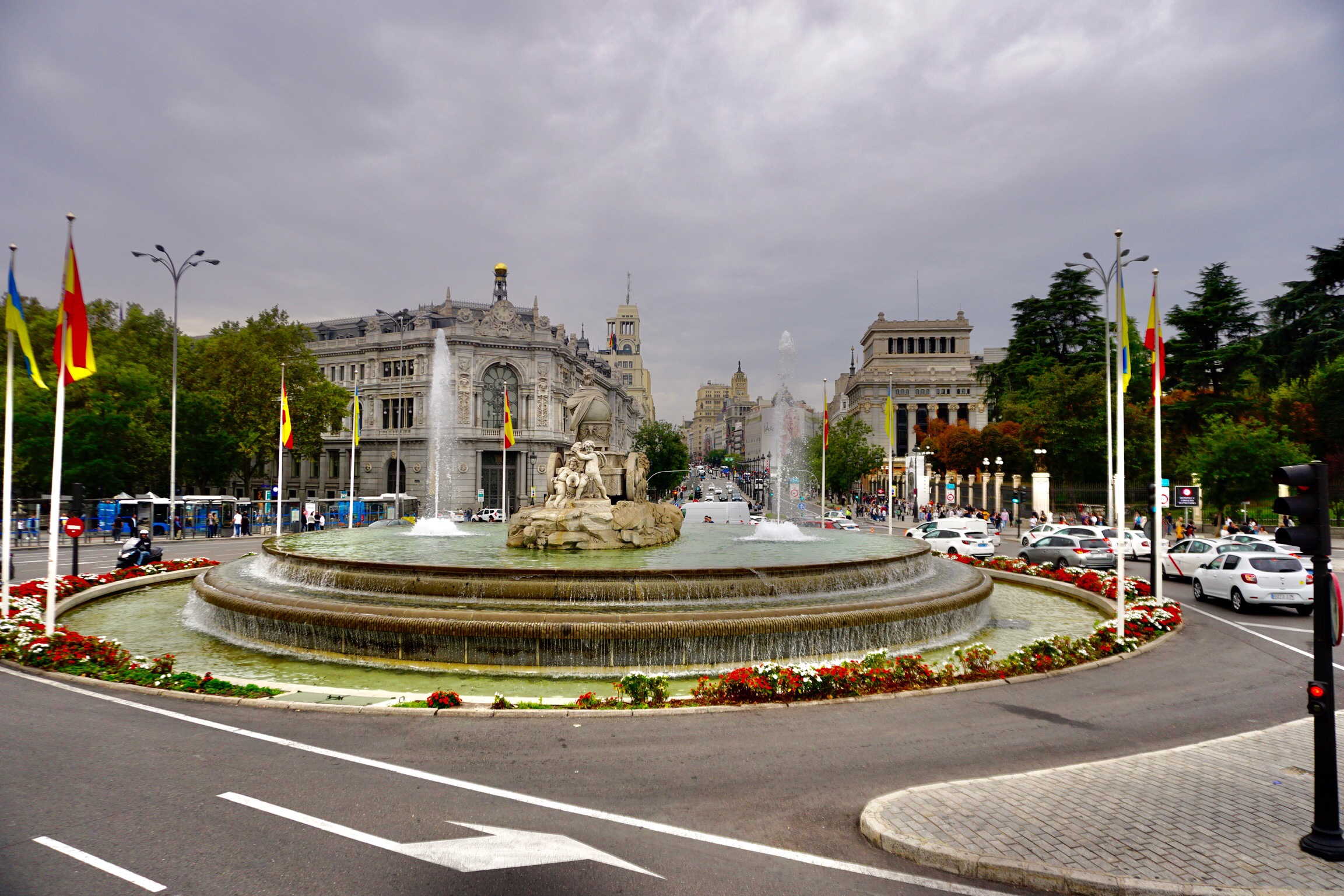 Dear Christine. You already know how badly this leg of my trip started. I’m still kicking myself at my lapse of attention that resulted in my exit from the train 55 miles before my destination. Thank goodness for the kind lady in the ticket office who (at no additional cost) issued me a new ticket to complete the trip to Madrid. I am equally grateful that I was able to share the extra two hours in the station with Richard from the UK. My age, a retired physician, recently undergone heart surgery, and walking his fourth Camino. A very interesting man.

When I arrived at my hostel in Madrid I thought that my luck has gone from bad to worse. The street was narrow, dark, and “earthy“.

The hostel was located on the second floor of what appeared to be an ancient tenement. The hallways inside were narrow and dimly lit. There was no public space to allow for socialization. My room had more in common with a hermits cell than a hotel room. I knew I only had myself to blame. I had selected the hostel based on price and location. It advertised that the room included a bath, which was literally true. However, the “bath“ was a tiny shower and a tinier sink. The toilet was down the hall in a minuscule closet.

No wonder the management required full payment at booking with no refunds.

Here are pictures of my room from two angles, there aren’t any more angles in it.

It didn’t take long for me to look on the bright side: The room is clean, serviced daily, the bed is comfortable, the location can’t be beat, (one block to the subway, four blocks to the Plaza Mayor, and it is in the heart of the old city) and it is a bargain at €90 a day, compared with most accommodations in the vicinity that are three to four times that.

I pursued suggestions I had received for things to see and do in and around Madrid. Last night I visited the Plaza Mayor and enjoyed my first real vegetable salad in way too long. My stomach is still thanking me. Also, NO CHURCHES!

After dinner I purchased a two day “hop on hop off“ bus ticket. As an “old person“ it only cost me €14. I took the tour this morning, but not until after I had visited the nearby Sunday flea market.

It was huge, occupying main avenues and side streets for blocks in every direction. It was extraordinary! Of course it was a flea market… one person’s trash is another person’s treasure.

I asked myself, how could there possibly be enough people in this city to make such a huge flea market commercially viable? The answer is, it’s a huge population. What’s more, I think every soul living in the city was out on the streets today.

The bus tour provided an excellent overview of sites that I hope to visit. It’s a beautiful city with lots of character.

I visited an amazing botanical garden. Admission was free.

I also visited the Plaza and Palace de Cibeles, where I was able to view the city from the top of the palace’s 8 story tower.

On the plaza there is a memorial flame in honor of those citizens who have died in the pandemic.

I finished my evening with a return to the Plaza Mayor where I again took in a light dinner and a cold beer while I enjoyed anonymously watching the flow of humanity.

Tomorrow I’m going to take in more of the city. I have purchased a round trip train ticket for a visit to Toledo on Tuesday.

Tell Wendy “Hi” and give her a hug from me… give yourself two. It sounds like you both had an awesome time in Nice. Safe travels tomorrow to Paris.

PS. I am stunned by the number of people who have reached out to me publicly and privately in response to my open letter to you about “The Decision”. I feel affirmed in both my choice to undergo the procedure and to be public about it.