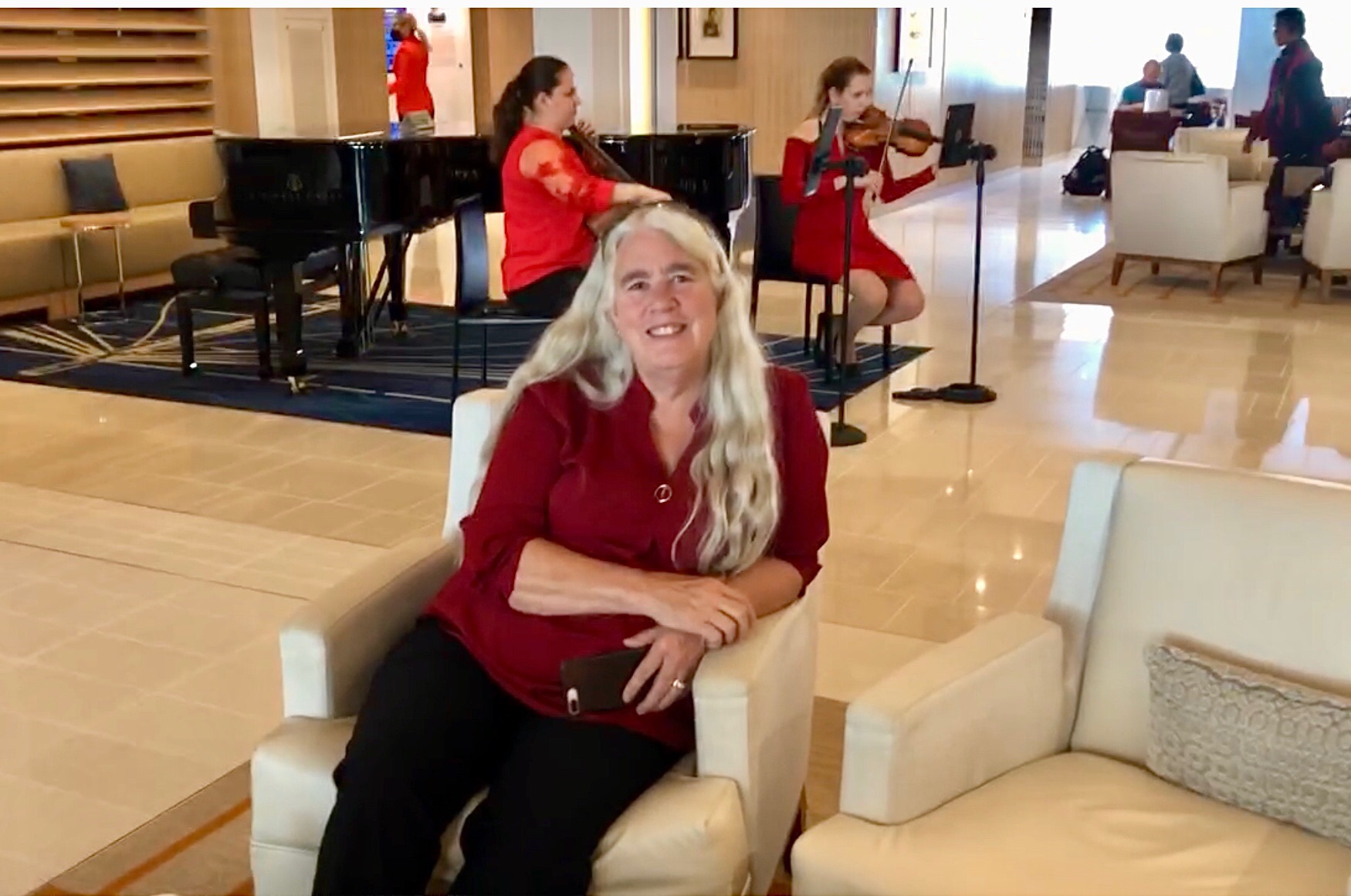 Before I delve into the titled topic here is a brief cruise report:

We spent yesterday in the port of Malaga, Spain.

Christine and I participated in a 3 hour walking tour which sounds more strenuous than it really was.

Being a member of a tour group is not my preferred way to explore a destination. However, practicality sometimes takes priority over preference… so, when on a cruise one must often do what the other cruisers do.

The upsides were the pleasant weather and beauty of the compact central city.

The downsides were that it was Sunday with most shops closed. Perhaps that also qualifies as an “upside”! The huge cathedral was open, but only for Mass and prayer.

I entered ostensibly for that purpose, so there are no pictures. I dearly wish that I could have taken one of the priest hearing confessions. Between penitents he was either net-surfing on his mobile phone, or doing video chat absolutions. It reminded me of seeing a priest, one of at least a dozen concelebrating Mass in Santiago, who periodically reached up the sleeve of his robe to surreptitiously pull out his phone to snap a shot or two of the remarkable experience unfolding before him.

Malaga is the birthplace of Pablo Picasso. He spent his youth living on the perimeter of this square.

The city takes pains to highlight the association, however the artist left Spain due to the horrors of its civil war and vowed never to return until democracy was restored. That restoration began in 1975 with the death of the dictator, Francisco Franco. Picasso died two years earlier, never having returned to his homeland.

Another limitation on our visit was that it coincided with the running of a marathon that featured thousands of runners.

Our cruise itinerary had included crossing the Mediterranean last night and spending today in Casablanca, Morocco. Unfortunately that has been canceled.

Part of Viking’s proactive COVID protocol is the requirement that all passengers and crew be fully vaccinated and boosted, also submitting to daily PCR testing. Crew wear masks at all times, but masks are optional for passengers. A positive test results in a mandatory 5 day period of in-room quarantine.

The captain reported that there have been a few (less than 10) positive cases, but even that small number meant that Morocco would not grant the ship permission for passengers to disembark. Therefore, we are rerouting. Today is at-sea, and tomorrow we will spend the day in Madeira on the Portuguese island of Funchal.

In a future post I will present a pictorial tour of the ship. Currently the wifi is not able to upload all of the pictures that I have taken shipboard. What the pictures cannot express is the remarkable service and pleasant disposition of the crew.

Although we are all familiar with the term “common courtesy” I have found that courtesy in daily life can often be in short supply. Aboard this ship and during our prior sailings with Viking we found we were surrounded by service delivered with “uncommon courtesy”. That is not to say that it was rare or infrequent, but that it is so exceptional as to be “uncommon”.

I have approached a number of crew and after thanking them for their cheerful attention to our comforts asked them about this. One remarked it comes from gratitude for this employment opportunity. Another commented that the employment interview process focused significantly upon personality. Yet another said that the attitude is infectious (no pun intended) among staff. A senior staff person with over 15 years in the industry pointed out that one quickly figures out if this type of work is a good fit. At the end of one’s contract that person either continues in the industry or not.

In any case we are experiencing a level of service seldom seen by us onshore. Perhaps another factor is the smaller ship size and the circumstances which result in frequent interactions with the same crew members… which allows for the development of a kind of relationship.

There is unfortunately an “uncommon discourtesy” which we have observed. Most passengers reflect positively the service that they receive. A very few do not. Is it from a sense of privilege, narcissism, lack of gratitude/charity or just having a bad day? I don’t know. What I do know is that having witnessed discourtesy it gives me pause to be mindful in my appreciation for the good people who staff this ship. It is an appreciation which we would all do well to exercise in our daily onshore lives.