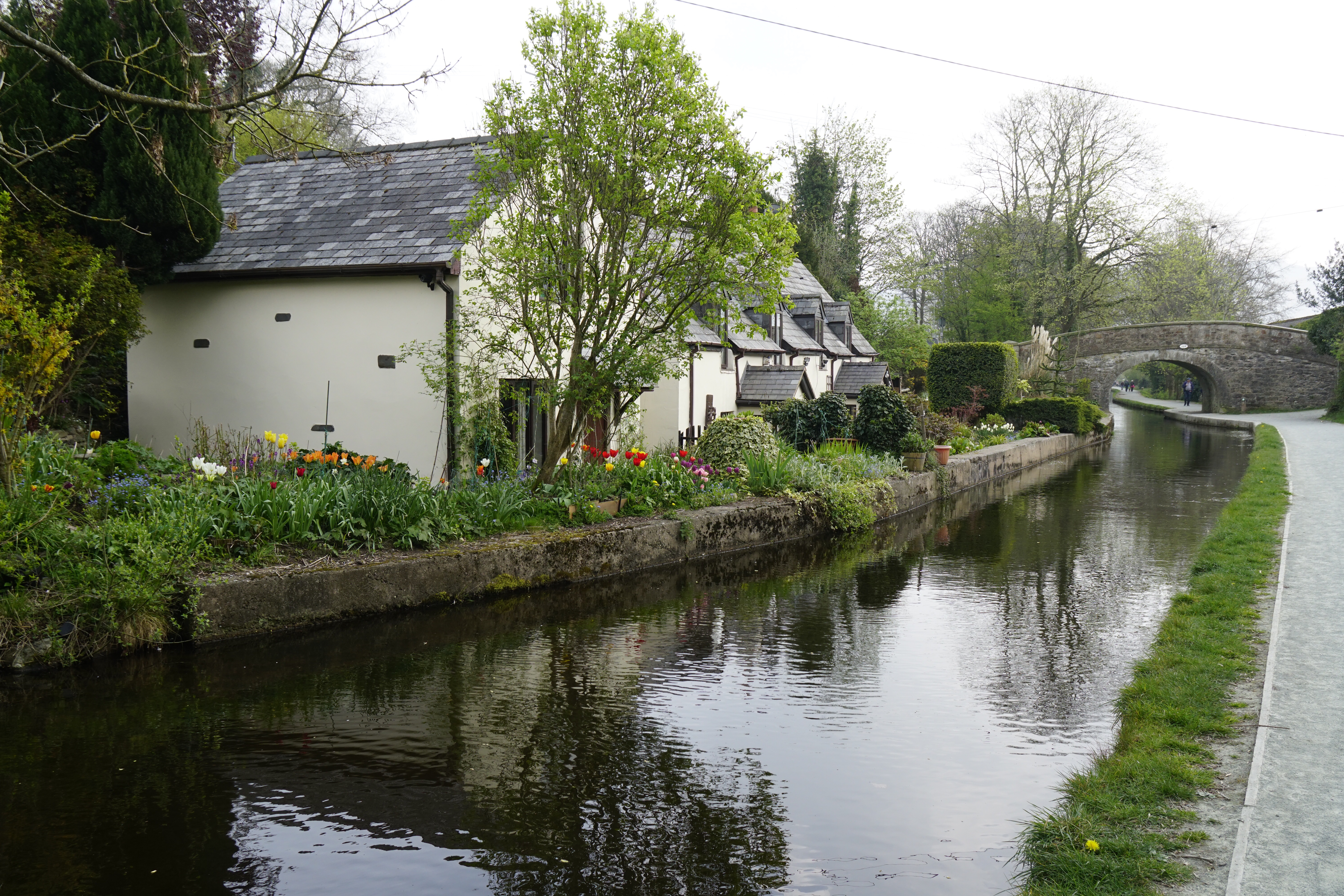 After successfully negotiating the length of the Llangollen Canal over the last 6 days we rewarded ourselves with a stay over in the “port” of Llangollen in north Wales.

There could not have been a more perfect spot to have taken a breather. Indeed, the town of Llangollen has been a favorite tourist destination since the 1700’s, with such notables as Wordsworth, Sir Walter Scott, and the Duke of Wellington being regular visitors.

The town has fought the good fight against modernization and has retained most of its old world charm. Today it hosts the annual International Eisteddfod, a world renowned festival featuring singers and dancers in competition attired in native dress. It is considered a high honor just to qualify for the competition.

Llangollen was founded as a religious settlement in the 6th Century by the monk, Saint Collen. The local church which bears his name traces its roots to that origin and although “modern” by Medieval standards, it has posted a list of its Vickers within its doors dating to 1348. Outside the entrance is a more contemporary posting that announces that the parish welcomes all, without regard to race, creed, national origin, economic circumstances, gender, or sexuality. How refreshing!

Llangollen has a population of nearly 4,000, and is situated in the River Dee Valley, at the edge of the Berwyn Mountains. The river has long been the heart of the town, its central bridge being a “new” structure that was built in the 1500’s, replacing the “old” bridge that was built around 1345.

The 600 year old water mill is now a restaurant that served us an excellent dinner.

The Llangollen canal is what brought us to the town and is a call to tens of thousands of tourists annually. It was completed in 1805, the labor of over 50,000 workers. It was said that where the soil was favorable 25 men could dig a mile of canal in the span of a year. The Pontcysyllte Aqueduct remains an engineering marvel to this day, spanning over 1,000 feet across the River Dee which cascades 127 feet below.

Above the town is a weir, the “Horseshoe Falls”, where waters are diverted to feed the canal.

The canal is justifiably designated as a World Heritage Site.

Our day was not just relaxation as we took the much needed opportunity to do laundry. Actually, for 7 Pounds 50, someone else washed, dried, and folded it for us. Tomorrow we begin the down water return. Since the canal flows at approximately 2 miles per hour it should be a faster passage, boosting our speed made good to an outrageous 4 mph.

PS. Kris departs from us at Chirk on the morning of the 20th. We will miss our wonderful traveling companion as she heads off to the Channel Islands of Guernsey and Jersey. Christine and I will be solo until around the 26th, but the skills we have acquired will serve us well as we will then be joined by our Canadian friends, Tom and Nanci for the remainder of our “voyage”.