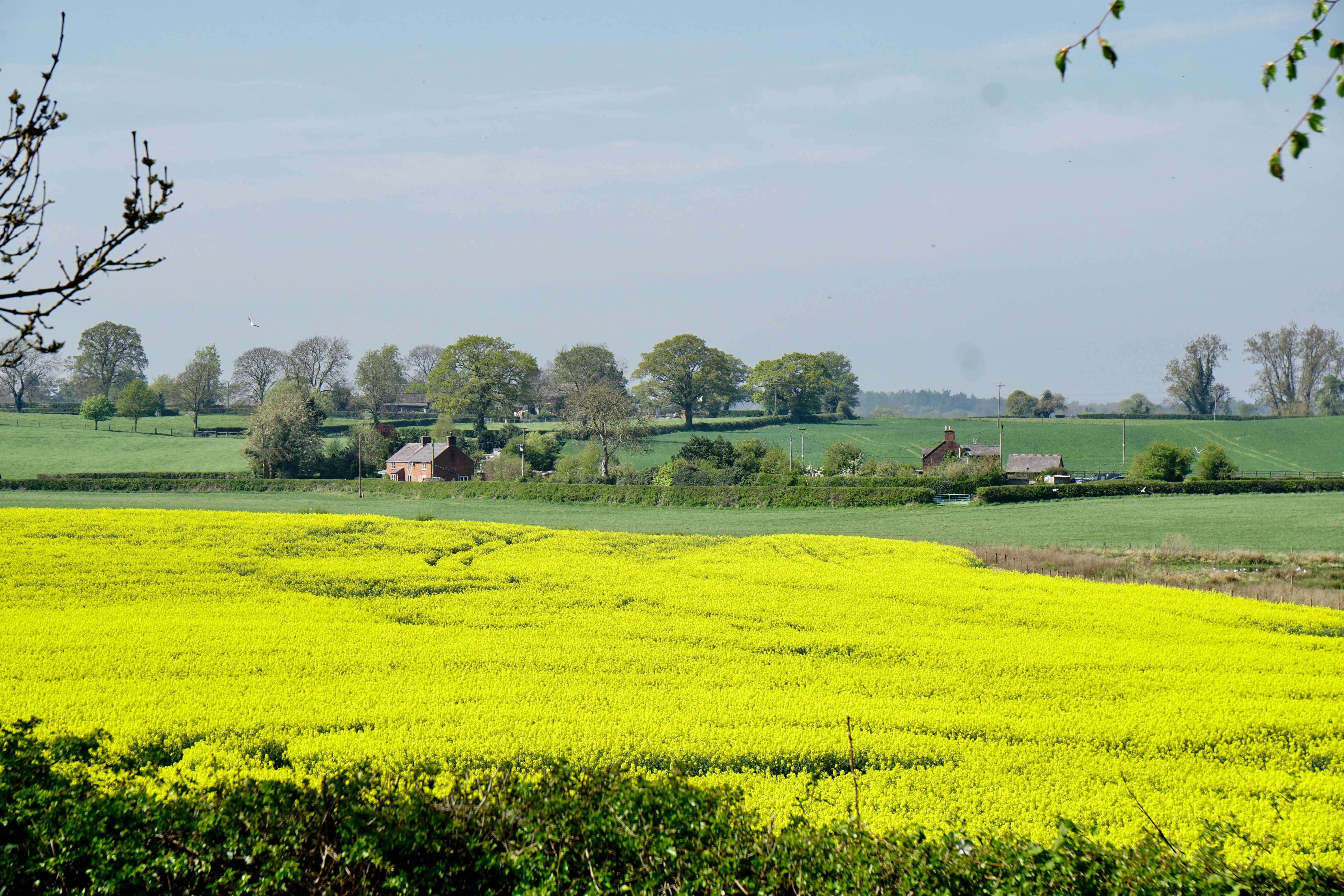 It was not our intention to attend Easter services today. I rationalized that our cruising day was under the canopy of the Creator’s original church and that the music of the songbirds along the canal was a chorus unlike and beyond any composed by mankind.

The days leading up to Easter were peppered with not so cryptic messages from my Mother, “So Peter, do you have any plans for Easter?”, or “Will you be able to get off the boat on Easter?”…

I was raised in a very traditional Catholic family. Missing church on Easter would have been unthinkable. Even though I have become even less than a self identified “cafeteria Catholic”, and I find that my beliefs have wandered away from religion based theologies, I don’t think that I have ever missed attending church on an Easter Sunday. Today was to be the first exception, or so I thought.

5 hours on the canal brought us to a mooring near the town of Whitchurch in Shropshire. We intended to spend the afternoon and evening ashore and not stray out from the mooring. Easter assured that there would be no active commerce in town. However, restlessness after a day at the tiller compelled me to venture out on foot. Nearby I encountered an information board that touted the virtues of Whitchurch as the oldest continually settled community in the region, dating back to the establishment of a Roman garrison at 79AD. In Saxon times it was called Dodington, and it was mentioned prominently in William the Conqueror’s Domesday Book after the Norman conquest of 1066. Pictures on the signboard showed a liberal sprinkling of old waddle and daub buildings, one being a pub that dated to the 1,400’s.

I returned to Salten-Fjord and encouraged Christine to join me for a walk into town. A well kept footpath followed the course of a long abandoned canal into the town center. More signboards announced town history and prospects for a restoration of the canal into town including the creation of a marina. The canal system has become a powerful draw for tourist dollars/pounds, and Whitchurch is seeking it’s share.

The walk was about a mile, and wandering along the winding streets was rewarding to the eye. As I suspected, everything was closed with the exception of two pubs which were located across the street from one another, “Old Eagles”, and “The Bull’s Head”.

Raucous cheers emanated from Eagles as a crowd was watching the televised football match between Liverpool and Cardiff (Liverpool won, 2-0). The Bull’s Head, a quieter option, presented an opportunity for pleasant reflection over a pint. That concluded, we continued our winding walk through town back toward the canal.

Near the edge of the town center we came upon the edifice of Anglican St. Alkmund’s Church.

The doors were open and the interior invited me in for a look. A small group of seniors appeared to be gathering, but a very pleasant usher gave us some history of the church (see below) and encouraged me to take pictures.

The priest, Rev. Judy Hunt, bedecked in her traditional robes, was assembling the choir at the back of the church for their opening procession and song. As if reading my Mother’s mind, the usher handed Christine and me the Common Book of Prayers, Hymnal, and Service Program for the Evensong service. It seemed that my Mom’s prayers for the continued salvation of my soul had been answered. Beyond any intention on my part I found myself attending Easter services commemorating the most important event in Christendom.

Last year in Puerto Rico as we prepared to cross the Atlantic on a journey that would include walking the pilgrimage of the Portuguese Camino, our B&B host Eddie repeatedly admonished me, “Peter, in life there are no coincidences”. Perhaps our visit to St. Alkmund’s Church is another confirmation of those words.