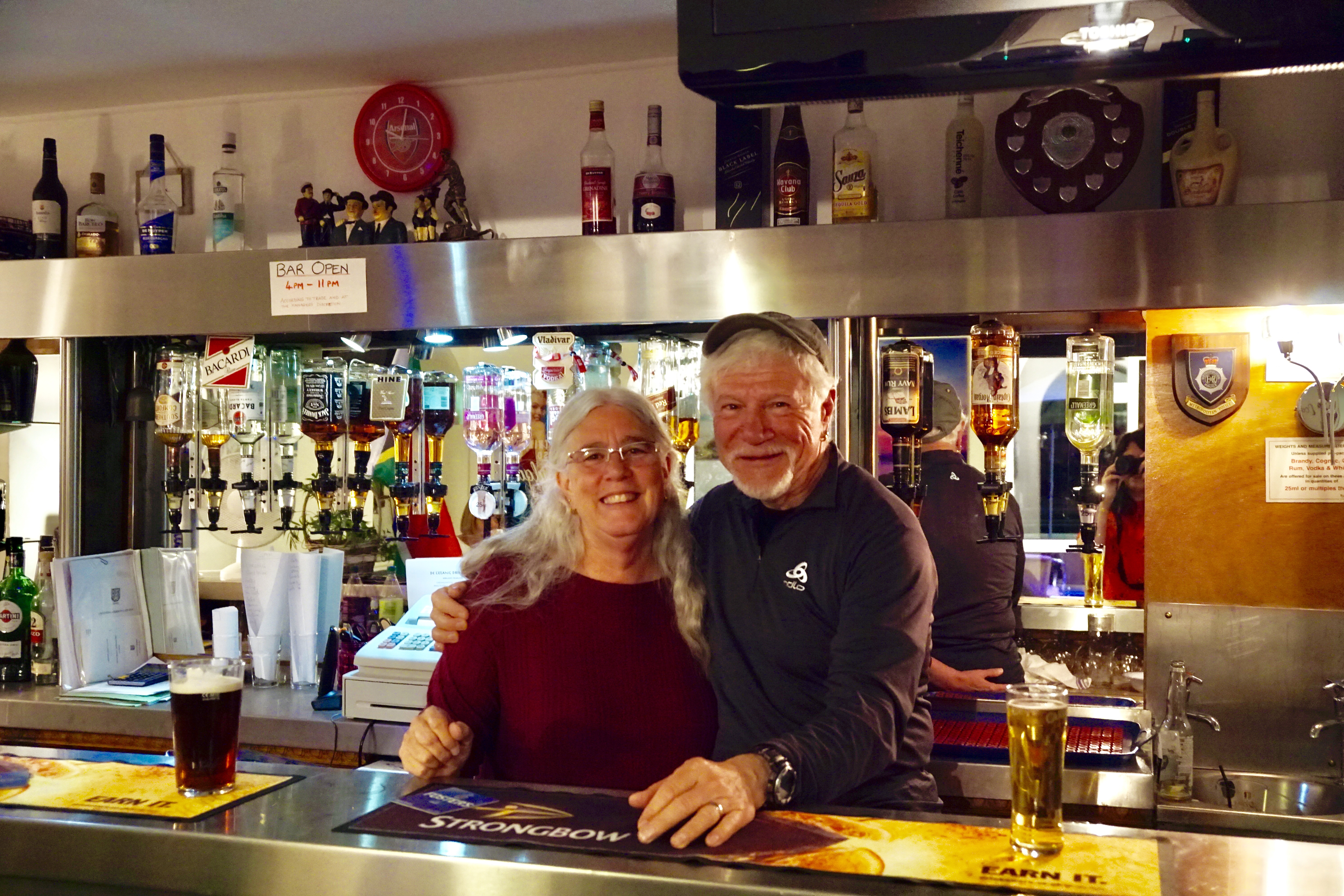 First of all, Happy Mother’s Day to all Mothers, those who made them Mothers, and those who were born to a Mother… It’s a Mother of a Day!

Our re-booked ferry for Jersey Island wasn’t scheduled to depart Guernsey until 5:20 p.m.. We made the best of the situation and did a bit more Guernsey touring. We had thus far missed the German Occupation Museum so off we went by bus.

We were not disappointed. This private museum houses a remarkable collection of artifacts of the Nazi occupation. It provides a thoughtful and sobering experience.

Guernsey was de-militarized in hopes of avoiding civilian casualties. Apparently Germany had not gotten the word. It launched an air strike on the harbor 2 days prior to landing troops that killed 34 Guernsey civilians.

Prior to the invasion over half of the population, including all children and men of service age had evacuated to England. Sadly, those who were not native born of Guernsey were denied evacuation. Those same folks, including many Jews, were arrested by the Germans and transferred to prison camps on the Continent. Many never lived out the war.

Germany considered Guernsey British territory and thus the conquest was prime propaganda material. Hitler personally ordered the creation of a fortress state. Thousands of slave laborers were imported to build the fortifications. Many of those sad souls also did not live to see the end of the war.

The waters surrounding the island were mined. Anti-aircraft batteries were strategically placed, massive fortification were constructed, and huge artillery batteries were installed.

While those defenses did not cause an immediate impact on the lives of the civilians, the placement of over 65,000 land mines altered much for the island folk both during the war and for years after.

Among the thousands of items on display a number caught my eye:

There was a display of the variety of land mines deployed by the Germans including anti-personnel and anti-tank.

About half of the anti-tank mines were equipped with special hidden detonators that would explode if an attempt was made to move the mine.

There was one of the famous Enigma Coding Machines. These devices created an unbreakable cypher that was changed daily and had literally trillions of permutations.

The Nazi’s relied upon the strength of this communication tool without knowing that early in the war one of these machines had been captured along with the U-505 submarine in a top secret United States Navy operation. That Enigma device was delivered to Britain’s Bletchley Park code breakers who were able to deconstruct the machine and thereafter decode thousands of German dispatches every day. Below is a picture of the U-505 as it is displayed in Chicago.

The U-505 has been a featured exhibit at Chicago’s Museum of Science and Industry since my childhood. One of my neighbors in the late 1950’s was Zenon Lukosius. He was credited with single handedly thwarting the submarine crew’s efforts to scuttle the vessel. (seen below, back row, fourth from the left)

Another easily overlooked item was a “shower head” of the type used to dispense poison gas in Nazi Death Camps.

There was an anti-tank battery, and also a recreation of a Guernsey street scene from the time of occupation.

We could have spent an entire day in the museum and still not taken it all in. There is a point where one succumbs to emotional overload, and at 3 hours I had reached it.

We boarded the Condor Clipper at 4:30 p.m. for our 5:20 departure and 3 hour crossing. Thankfully, the seas are calm. Therefore…

PS: Our ferry arrived on Jersey Island at dusk. No cabs were available so we set off with our bags on a 1 mile night trek to our “home” for the next 3 nights, the very charming Hotel De L’Etang. Our host, Rebecca, was cheerfully awaiting our late arrival and after providing our room keys and instructions she served us nightcaps in the bar. She is a new grandmother of a precious little 5 month old girl. It took no time for Rebecca and Christine to do some serious grandmother bonding.