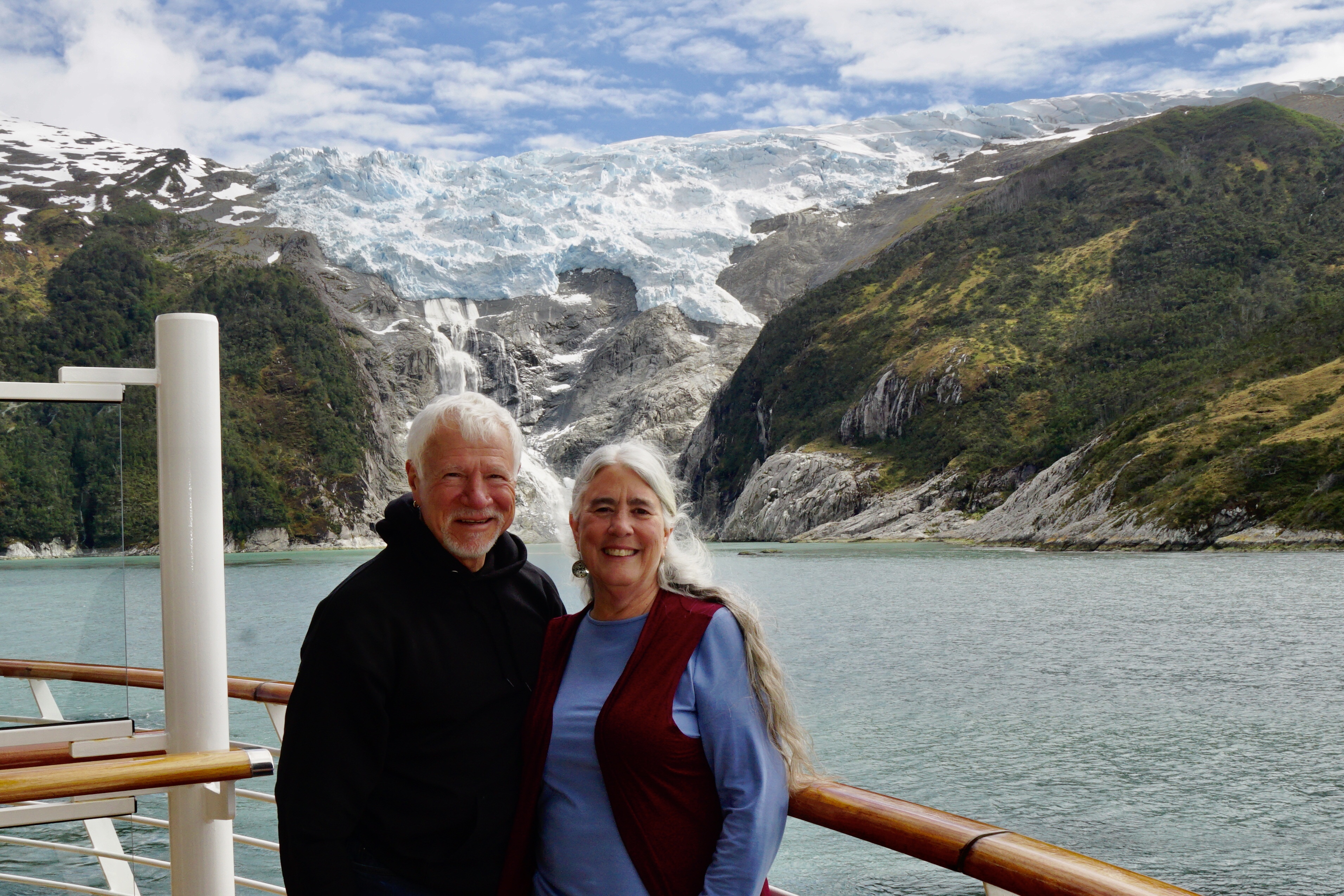 Ask any experienced mariner to list the 5 most iconic sailing experiences in the world and I daresay that “Rounding the Horn” will appear on every list… perhaps at the top.

Cape Horn is the southernmost point of Tierra del Fuego, Chile, and is deemed the place where the Atlantic and Pacific Oceans meet. It is legendary for presenting navigators with precipitous waves and gale force winds. The 40th southern parallel has often been referred to at “the roaring forties”, the 50th southern parallel as “the furious fifties”, and the 60’s as “the screaming sixties”. Understandable since there is little in the way of land mass to abate the prevailing winds that circle the globe. Cape Horn is located 56 degrees south. There are no land masses to resist the winds until Antarctica, 500 miles to the south. That “gap” between continents has the effect of funneling and further concentrating the winds. Compounding this is the rise in the sea floor that similarly magnifies the already steep prevailing waves. It is not uncommon for “rogue waves” of 90 feet or more to catch a ship unawares with dire consequences.

King Neptune gave us a taste of the Cape Horn “experience”…

We encountered driving rain and sleet interspersed with moments of breaking clouds and the hint of blue skies above. Winds were fickle, often changing direction and at times whipping the wavetops into a foam that was then driven as streaks across the water.

We never felt threatened but the likes of Joshua Slocum (first solo circumnavigation 1885) and Richard Henry Dana (“Two Years Before the Mast”, 1840) were near in my thoughts.

The opening of the Panama Canal in 1914 eliminated the route of the Horn for all but adventurers and the largest merchant ships. United States WW2 battle ships (Iowa Class) were designed to (just) fit the canal with only inches of width to spare.

Incredibly, there is a landing dock at Cape Horn lighthouse with a visitors center.

A monument is in place given to the memory of mariners who have lost their lives attempting the passage. The gleaming steel sculpture is in two pieces that when viewed create the image of a soaring Albatross. Keepers of the lighthouse sign on with their family for 12 month tours of duty.

The following day, November 28th, we reentered the Beagle Channel and made our way down the “Avenue of Glaciers”. The entire day was a procession of one majestic ice cliff after another.

Chile and Argentina’s Southern Patagonian Ice Fields are the second largest contiguous non-polar ice mass in the world. Over 4,700 square miles are situated in Chile and nearly 1,000 in Argentina. The Ice Field feeds hundreds of glaciers. Our passage took in close views of 5 of these, and culminated in the astounding Garibaldi Fjord and Glacier where our ship spent the better part of 2 hours within feet of the cliff walls and glacier.

The ship sent out a tender and crew to “capture” some of the ice that had calved.

One chunk weighed over 700 pounds and is currently on display shipboard.

Perhaps the adventurous can convince the Ship Steward to shave a bit off to cool a gin and tonic. There are some small pieces of debris locked in the blue crystalline ice… they have been there for over 15,000 years. It’s about time they were liberated.

PS. Glaciers are considered one of the most accurate long term indicators of climate change. During our 2017 visit to Juneau’s Mendenhall Glacier we saw incredible evidence of that glacier’s retreat. Similarly we learned from the Park Rangers at Glacier National Park that by the year 2025 the Park’s last glacier will be gone. The Southern Patagonian Ice Sheet is also in decline.

To use a metaphor… Huge oceangoing ships require many miles to arrest their speed or change course. A Captain must begin executing the change far in advance of the distant threat to navigation. The magnitude and inertia of climate is like that of a ship. If one waits to act until the dangers become obvious or acute, it will already be too late.