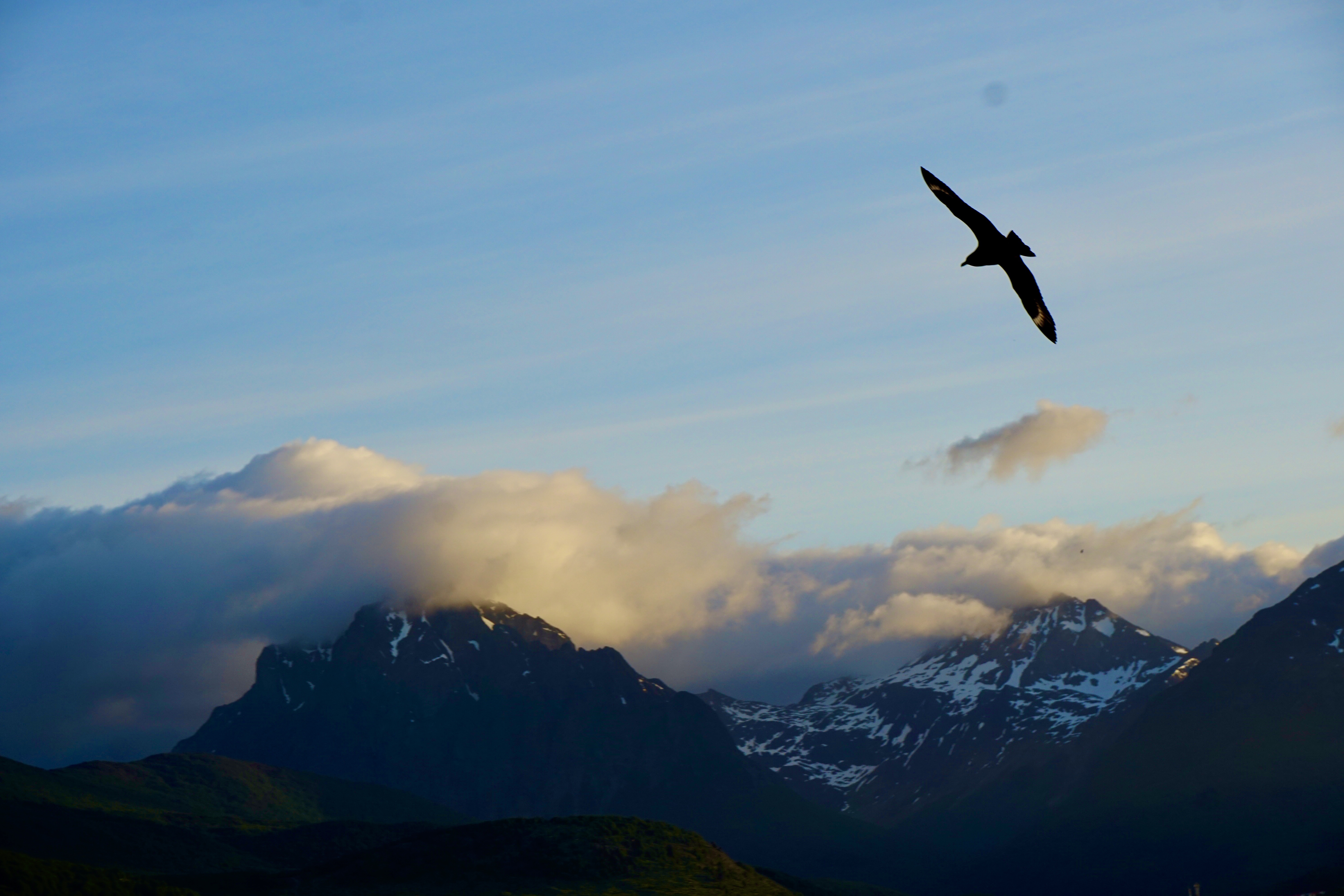 One of the featured shore excursions that Viking offered as an option was a trip to the Parque Nacional Tierra del Fuego (National Park of Tierra del Fuego). We have learned that the ship arranged outings can often be duplicated through the local vendors at a fraction of the cost. Most passengers prefer the ease of just “letting Viking do it”, but for us there is an added element of adventure in striking out on our own.

The Viking arranged tour of Parque Nacional cost $100 US per person. We were able to take a local bus to the Park, pay our admission, and be free to explore without adhering to a group schedule for $25 US each.

In one sense this park is not to be compared with “Yellowstone”. There is a humble visitors center and cafeteria. But with the exception of the one gravel road into the park and one trailer with bathroom facilities, there are no visitor conveniences.

In another sense this National Park compares quite favorably with Yellowstone. The scenery is spectacular!

Christine and I spent a couple of hours hiking together. She then returned to the visitors center to relax with her book which gave me license to pursue a hike at my chosen speed. 10 miles and I had covered enough of the trails to give me a deep sense of accomplishment.

The Park was established in 1960 and contains 243 square miles of pristine Patagonian and subarctic forest. This is the region of the southern terminus of the Andes Mountains. The scenery is breathtaking!

There are 20 species of land mammals and 90 species of birds that call the Park home. There are no animals that might be considered a threat to humans, however a number of “exotic” (non-native) species have been introduced to the Park and become invasive threats to the native flora and fauna. These include the Muskrat, European Rabbit, and North American Beaver.

Due to the extreme southern latitude, tree line is only 2,000 feet above sea level. The demarcation between forest and tundra is striking.

The southern Park boundary is the shoreline of the Beagle Channel. At lower elevations nearing the Channel the climate is moderated by the water. Average winter temperature is 32 degrees Fahrenheit. The Summer average is 50 degrees. Average annual rainfall is a very wet 28 inches. There is no dry season.

Our good fortune provided us with a day that was sunny and mild. My hike took me to the terminus of National Route 3 that connects the southernmost part of a Patagonia to Buenos Aires which is 3,094 km to the north. Antarctica is a little less than 1,000 km to the south.

I continued on to the southwestern park boundary which is (literally) a stones throw from Chile and is marked by a navigational beacon.

The Beagle Channel extends east to west for approximately 240 km. The Channel is named after the HMS Beagle which in 1833 explored these waters with its equally famous passenger, Charles Darwin.

For the 10,000 years preceding Darwin’s visit the region had been home to the indigenous Yaghan people. Their adaptation to the environment is nothing short of amazing. It is believed that their base metabolisms were significantly higher than those of most northern humans. They fueled themselves with a calorie dense diet that was high in fats from the sea lions that they hunted. They smeared their bodies with animal fat for further protection and constantly maintained open hearth fires which at night gave the shores of the Channel the eerie appearance of being a land on fire. Thus the name, Tierra del Fuego.

The Yaghan had also learned that clothing was both impractical and dangerous. The constant rains meant that clothing would remain wet and contribute to hypothermia. Naked skin dried quickly and therefore to the amazement and consternation of the European settlers and missionaries the Yaghan spent most of their time naked.

It is estimated that there were over 3,000 Yaghan at the time that missionaries arrived in the 1880’s. The virtual extinction of the tribe soon followed due to European borne diseases, the overhunting of traditional Yaghan food sources, and the intolerance of Yaghan customs and traditions.

Hindsight allows us the luxury of an “enlightened” perspective. We may be critical of the intolerance of the settlers and missionaries. However, to have suggested at that time the error of European ways would have invited expulsion from the community, or worse. Such has always been the way of the embedded social, economic, and cultural traditions of those who are power.

I find myself wondering what traditions and values that we hold sacred today might become the subject of ridicule by future generations. Could they include…

Our stubborn dependence on fossil fuels?…

The establishment of global supply chains that have the unintended consequences of eliminating varietal diversity and of being a vector for the transmission of blight and disease?…

The suggestion of any of these things invites reproach as an attack upon the social, economic, and cultural traditions of those who are in power. Perhaps therein lies the answer to my question.

PS. Many of you live outside of the United States. Today in the States is our holiday of Thanksgiving… Christine and I wish each and every one of you, regardless of your country of origin, our best wishes. We hope that you and those who you hold dear in your heart may find a moment today to give thanks for the blessings of your life. You are among the blessings that we celebrate in our life.