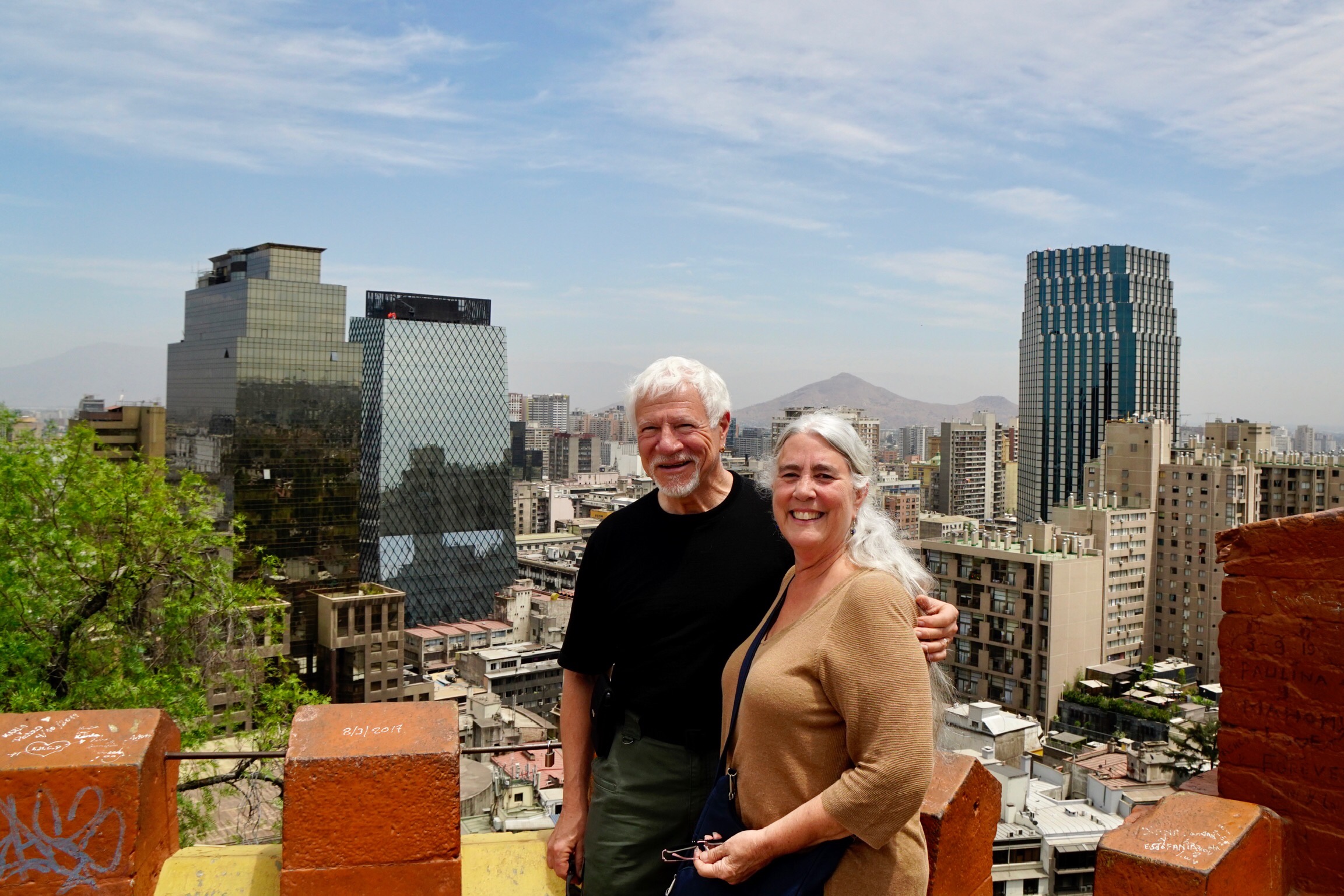 Our day was filled with exciting moments caught up in protests. It also had peaceful moments of a delightful lunch and relaxing dinner. More on those things later in this picture intensive post.

More than 14,000 years ago humans first entered Central and South America. Complex societies were established, trade and commerce flourished, and technologies were created suitable to the needs of the inhabitants.

It has been said that to the victors belong the spoils of war. It is also said that history is written by the victor and not the vanquished. I first gained some insight into my misunderstandings about the pre-Columbian Americas by reading an excellent book, “1491: New Revelations of the Americas Before Columbus”, by Charles C. Mann.

My school taught notions of “Indians” as primitive people who were “rescued” from illiteracy and bare subsistence living was turned upside down. Mann described the Americas in terms of populations second only to Asia, elaborate transportation networks that spanned the continents, and well organized cities as centers of culture.

Today we spent hours touring the extraordinary collection of pre-Columbian art and artifacts displayed at the Museo Chileno de Arte Precolomino in Santiago.

It is one thing to read about societies, and quite another to see those lost societies projected through the art and technology that have survived their conquest.

Our visit to the museum was greatly aided by Alvaro Ojalvo who is a historian at the museum. He is engaged in research to complete his PhD program focused on Indigenous Societies. Alvaro kindly granted us over 2 hours of his time in a detailed explanation of the exhibits and the peoples who created them.

It is not possible for me to convey all of the information that was presented to us. I will let my images do their best to give some insight into our experience. I will, however, add a comment or two where appropriate.

The first observations that I will share are that the craft that is obvious in many of the objects is of a very high order. These would stand well against similar textile, ceramic, metal, and sculpture relics from Ancient Greece, Rome, and Egypt. In many cases the items predate their European counterparts by hundreds, indeed in a few cases thousands, of years. A number of items are strikingly similar to those ancient counterparts.

I was particularly struck by this large 500 year old Quipu. Quipus were a system of information storage employed by the Incas (also correctly spelled “Inka”). The weaving contains its information in a complex system where the quantity, position, and type of knot are relevant. There are primary and secondary chords, also relevant, as is the material used in the individual chords (cotton, wool, or lama hair) the difference of which can be easily felt. While the system has not been decoded, it is known that this Quipu contains over 15,000 pieces of information!

The ancient world is rife with examples of non-alphabetic systems of writing. Our western orientation to an alphabet actually limits our understanding of how other systems might have existed and been effective. Alvaro highly recommended a book, “Writing Without Words: Alternative Literacies in Mesoamerica and the Andes”, by Elizabeth Hill Boone.

Mummification was developed over 2,000 year before the techniques were first employed in Ancient Egypt.

Production of cloth from cotton and lama fur began thousands of years before Christ with advanced techniques of weaving and dyeing of cloth soon following. The invention of the loom is dated here to more than 3,000 years ago.

So much information for this little “blog”…

If you would like to take your own “tour” of the Museum, extensive information is available at www.precolombino.cl

Now about those protests:

The first one that we encountered pertained to a movement to rewrite Chile’s Constitution. Coupled with that were voices to expand the political party system and transfer the management of the pension system to the State and out of private hands,

The second protest that engulfed us involved scores of people, young and old, bearing signs with a single open eye. They would stand silent for a few minutes and then at the sound of a whistle began a rhythmic chant. They would all again fall into silence with the scenario repeating a number of times. As the group began to move en-masse to another location a woman carrying one of the signs took my arm. She said that she had once lived in Georgia and wanted to make sure that we knew the significance of the event.

In recent protests the police had sought to quell the demonstrators through the use of “rubber bullets”. 352 of the targeted individuals were rendered fully or partially blind as the “bullets” destroyed their eyes.

“Non-lethal” force does not mean non-devastating. The use of this crowd control technique is currently suspended and internal investigations are ongoing into the conduct of the police.

…and the repasts that we enjoyed at lunch and dinner:

We returned to Food Park Tepeyak for lunch where we dined on a huge burger, salad, and fries. As good as it gets!

For dinner we wandered into what is known as the Barrio Brasil. This is a somewhat “bohemian” neighborhood about a half mile walk from our apartment. It has a central park where vendors congregate. The buildings are a mix of new and old… with a lot of graffiti. There is a very active nightlife that we may explore tomorrow. Tonight we satisfied ourselves with dinner in a small and friendly restaurant.

PS. Tomorrow is our last full day in Santiago. I look forward to sharing the continuing experience in my next post.