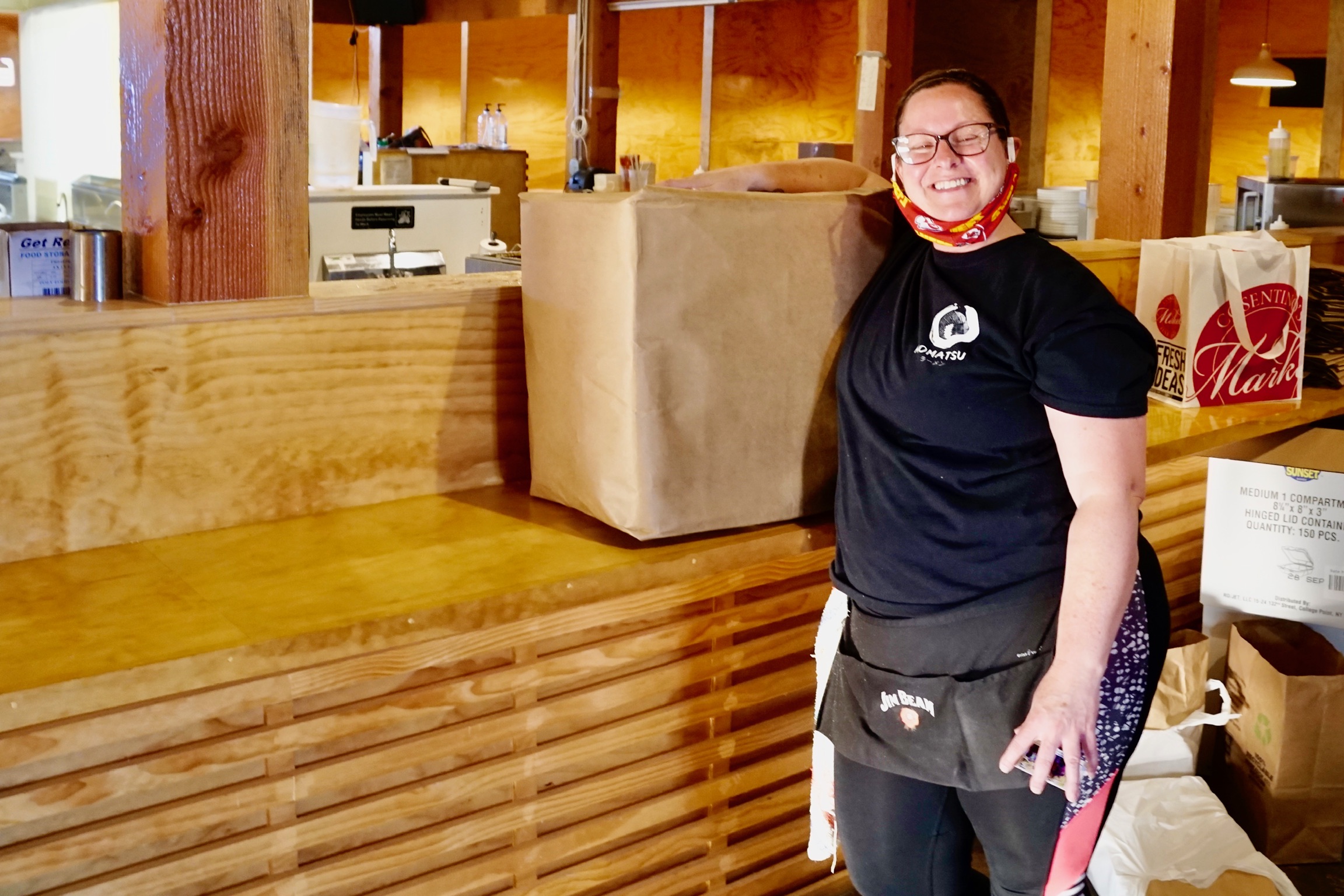 Our days of sheltering in place and complying with social distancing guidelines are following one upon the other. A pattern has emerged. Wake up, coffee, turn on the news… take in the latest infection and death counts, shower, dress, breakfast… For we who are retired it is not so difficult. We know that the same cannot be said for those who are not.

Some things are changing. Events and the news are taking on a more personal note. Last week a friend in Illinois suffered a non-covid health emergency that resulted in hospitalization. His issues resolved and he was back home in a couple of days, but not before he witnessed firsthand the war being fought by legions of health care workers. His admission was not covid related, but until his lack of infection could be confirmed he was presumed contagious. Hospital staff “suited up” whenever they entered his room, and upon leaving they disrobed and discarded the facemask, gloves, and gowns. It became obvious to my friend how hospitals are consuming and running short of personal protective equipment in the pursuit of patient care. These items are not “disappearing out some back door”.

Chaos and crisis surrounded my friend. With fatigue and fear in his eyes, a physician shared that he had personally attended 24 “code-blues”. The doctor wanted to get my friend out so that he did not become the 25th. “Pete, you can’t believe how bad it really is for them.”

Thankfully, the experiences that are close to home for us are not yet so dramatic. Our daily walks take us by a number of neighborhood shopping districts. They have become ghost towns.

Where one once had to circle the block to find a parking space the streets are empty.

Shops where we were once greeted by name are now locked, signs hinting that the question of reopening is not only one of when, but perhaps if.

A recent visit to a store saw us waiting in line outside to enter as the number of customers inside was being limited. Wearing gloves and facemasks, Christine and I were in the majority. Surreal. Out in the parking lot a frustrated middle aged woman berated an older man for the “silliness” of his mask and gloves. She railed that it was all the result of fake news. “I don’t believe any of it!” were her parting words as she slammed her car door and drove off in disgust.

We live in Missouri, but just a few blocks west of our home is the state line that we share with Kansas. Earlier this week the Kansas Legislature overturned the Governor’s emergency declaration that had limited in-person gatherings, including church services, to 10 people. In recent days Kansas has experienced a sharp upsurge in infections and deaths with twelve new disease clusters, three of them directly related to church group activities. The Governor’s order, issued upon the urging of health experts, was decried by the Legislators as an extreme and overreaching attack upon religious rights and freedoms.

I am reminded of a modern-day Parable: A man is called to his door by a police officer, “Floods coming, we are urging you and your neighbors to leave your homes and seek higher ground.” The man shook his head and replied, “No sir, I put my faith in the Lord to protect me.” A little while later as the floodwaters began to cover the street a firetruck stopped in front of his home, “Sir, evacuate your home before it’s too late.” Again, his response was, “No sir, I put my faith in the Lord to protect me.” The waters continued to rise, reaching the top step of his porch. Resolute, he stood at his door as rescue personnel in a boat again implored him to join them to safety. Crossing his arms he glared, “Nope, you go on. I place my faith in the Lord!”… Eventually the man found himself sitting on the roof of his home, the still rising torrent had reached to the eves. A Coast Guard helicopter hovered above him and extended a line and harness down to him. Secure in his faith he shouted above the roar of the whirling blades, “Go away!! The Lord is protecting me!!!” (continued below)

Academy Lafayette (“AL”) is a charter elementary school here in Kansas City. It is noteworthy that its entire curriculum from kindergarten through the 8th grade is taught in French. Six of our grandchildren attend school there (five of them are in the same grade!). Kansas City schools, including AL, are closed due to the epidemic. The children are continuing their studies online by participating in daily virtual classes. Many of the less fortunate families rely upon the school to provide breakfast and lunches for their children. Unfortunately, virtual school does not provide virtual meals to fill the real stomachs of the food insecure.

As an “AL grandparent” Christine keeps informed of matters that concern the AL community.

She learned that an AL parent, Meghan Downey who is an owner of the Kansas City restaurant Komatsu Ramen, had been soliciting food donations in order to provide breakfast and lunch groceries for the AL families in need.

Because of covid-19 Komatsu Ramen is closed except for a limited carry-out business.

Christine talked to Meghan. Food donations were still meeting the current need, however Meghan was desperately short of grocery sacks. She had resorted to using gift bags, but those too were at an end.

Gary, who is an AL supporter, donated a bale of 300 grocery sacks which Christine and I delivered to a grateful Meghan Downey.

(Back to the Parable): The flood waters continued to rise unabated and the man drowned. Standing before the Lord he desperately sought to understand… “Lord, my faith… I believed in you. I placed my trust in you. Why did you forsake me?” In judgment God replied, “I did not forsake you. I sent you a police officer. I sent you the firetruck… the boat… even a helicopter. In your arrogance you presumed to know my mind and you turned your back upon the help that I gave.”

Easter is a celebration of resurrection and redemption. It is not a celebration of architecture. It is not necessary to assemble inside a human wrought structure to obey the First of the two Great Commandments, and in light of the current contagion it is a violation of the Second of the two Great Commandments; “Thou shalt love thy neighbor as thyself”, when one intentionally risks the infection, illness, and possible death of oneself and ones neighbors.

In the above parable the Lord’s Salvation came in the form of a police officer, firefighters, a boat, and a helicopter. In real life today they are the physicians, nurses, and health care workers. They are grocery store clerks and a local store manager. They are a restauranteur… and my wife, Christine.
Peace Everyone. Pete

PS: We are an inventive society, even in the charity of our giving. Health care workers live in fear of bringing the covid infections home from the hospital to their loved ones. I learned from Meghan of “RVs for MDs”, a recent endeavor promoted on Facebook.

RV Owners make temporary donations of their RVs for use at hospitals by critical care staff. In just a couple of weeks members of this Facebook group have come to number in the tens of thousands with hundreds of “matches” being made. The RV that Meghan’s father owns is now providing a temporary “home away from home” for staff at Research Hospital here in Kansas City. Apparently, in Meghan’s family charity doesn’t begin at home, it was learned at home.