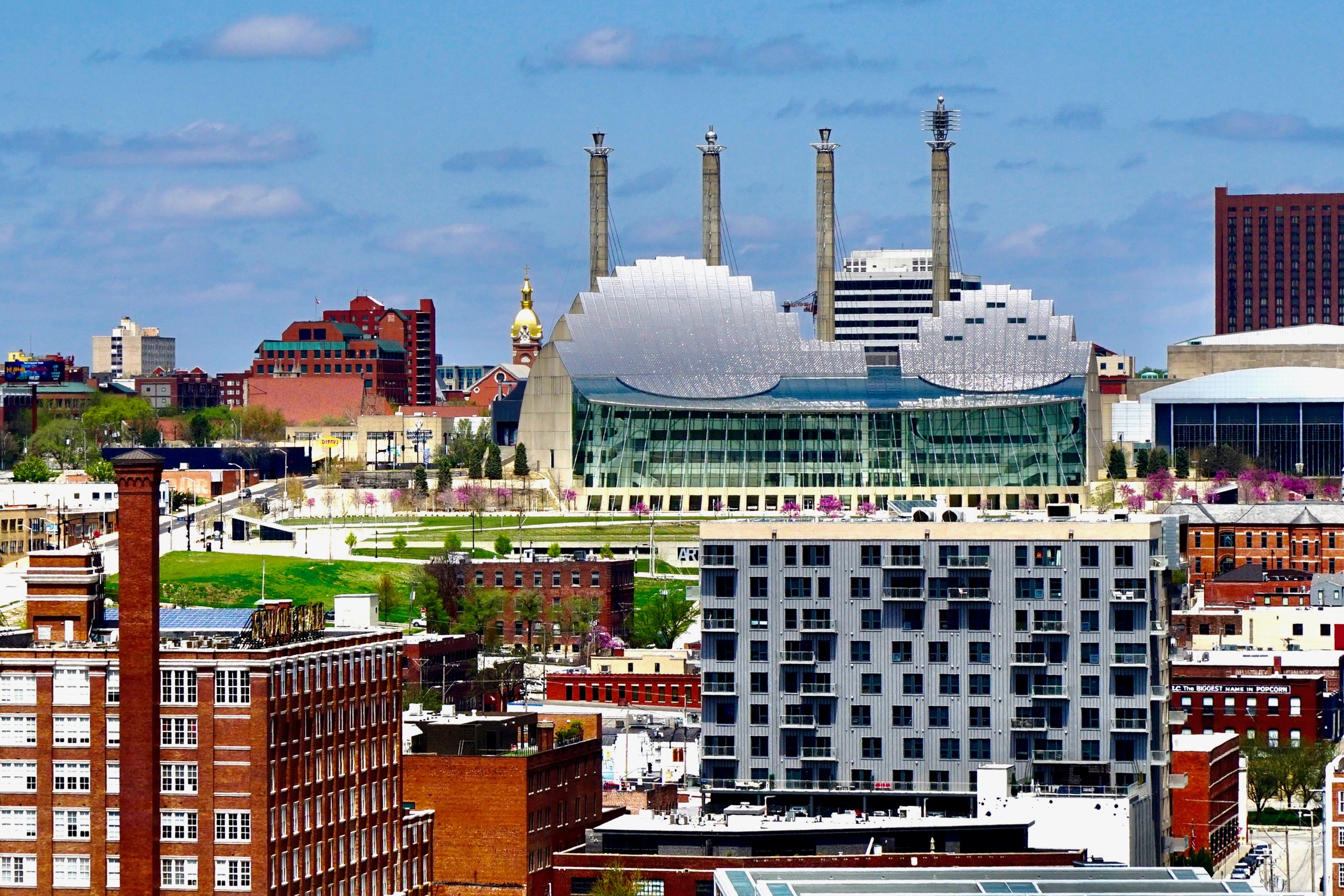 He is credited with building the 41,000 seat Royals Stadium which opened in 1973. This single purpose baseball stadium is half of the Truman Sports Complex, the other half being Arrowhead Stadium, home of the Kansas City Chiefs.

As philanthropists, Kauffman and his wife Muriel (1916-1995) established the Ewing Marion Kauffman Foundation in 1966. The Foundation has an endowment of over 2 billion dollars, with annual revenues of over 150 million dollars. Its mission remains focused on education, civic development and entrepreneurship. The Foundation has established college preparatory schools and programs for disadvantaged youth, including college scholarships. Near our home is the Kauffman Memorial Gardens.

The Center is one of the most complex building structures in the world with 40,000 square feet of glass.

The Kauffman Center is 285,000 square feet enclosing 2 principal performance halls. There are dressing rooms for more than 250 performers and 11 rehearsal rooms. The Center is the performance home for both the Kansas City Symphony and Kansas City Ballet Company.

The organ that towers above the Helzberg Hall has over 5,500 pipes, the largest of which is 3 stories tall and weighs nearly a half-ton.

In nearby Independence Missouri are the Truman Home and Presidential Library. Harry S. Truman (1884-1972) was the 33rd President of the United States, thrust into that role upon the death of Franklin D. Roosevelt in 1945. Truman served until 1953, during some of America’s most difficult times… the final days of World War 2, the dropping of the A-Bombs on Japan, the start of the Cold War, and the Korean War.

He was elected to a second term in 1948 in what was seen as an upset over Thomas Dewey. One of the most iconic political photographs is one in which the victor, Truman, holds up a copy of the Chicago Daily Tribune which erroneously announced his defeat.

He most famously was quoted as saying, “The Buck Stops Here!”, accepting the ultimate responsibility for the good and bad of his administration.

“As President of the United States, I had the fateful responsibility of deciding whether or not to use this weapon for the first time. It was the hardest decision I ever had to make. But the President cannot duck hard problems—he cannot pass the buck. I made the decision after discussions with the ablest men in our Government, and after long and prayerful consideration. I decided that the bomb should be used in order to end the war quickly and save countless lives—Japanese as well as American.” – Harry S. Truman

He was an “ordinary person”, seen by his neighbors in Independence in his later days taking daily strolls from his home to the downtown square.

He attended Law School at the University of Missouri at Kansas City (my alma mater), then known as the Kansas City Law School. His home, built in 1867, is available for tours administered by the National Park Service.

His Presidential Library and museum, where Truman maintained an office in his later years, is located a few short blocks away and is currently undergoing a significant renovation. A number of years ago I was involved in a case that took me to the Library to conduct interviews. In the course of my meetings “nature called”. I was offered the rare opportunity to use the “presidential bathroom and toilet”. Naturally, I accepted.

Dominating the Independence skyline and a short distance from the Truman Home is the world headquarters and Temple of the Community of Christ Church (formerly known as the Reorganized Church of Jesus Christ of Latter Day Saints).

The Temple is open to the public.

PS: A Truman quote from the year of my birth: