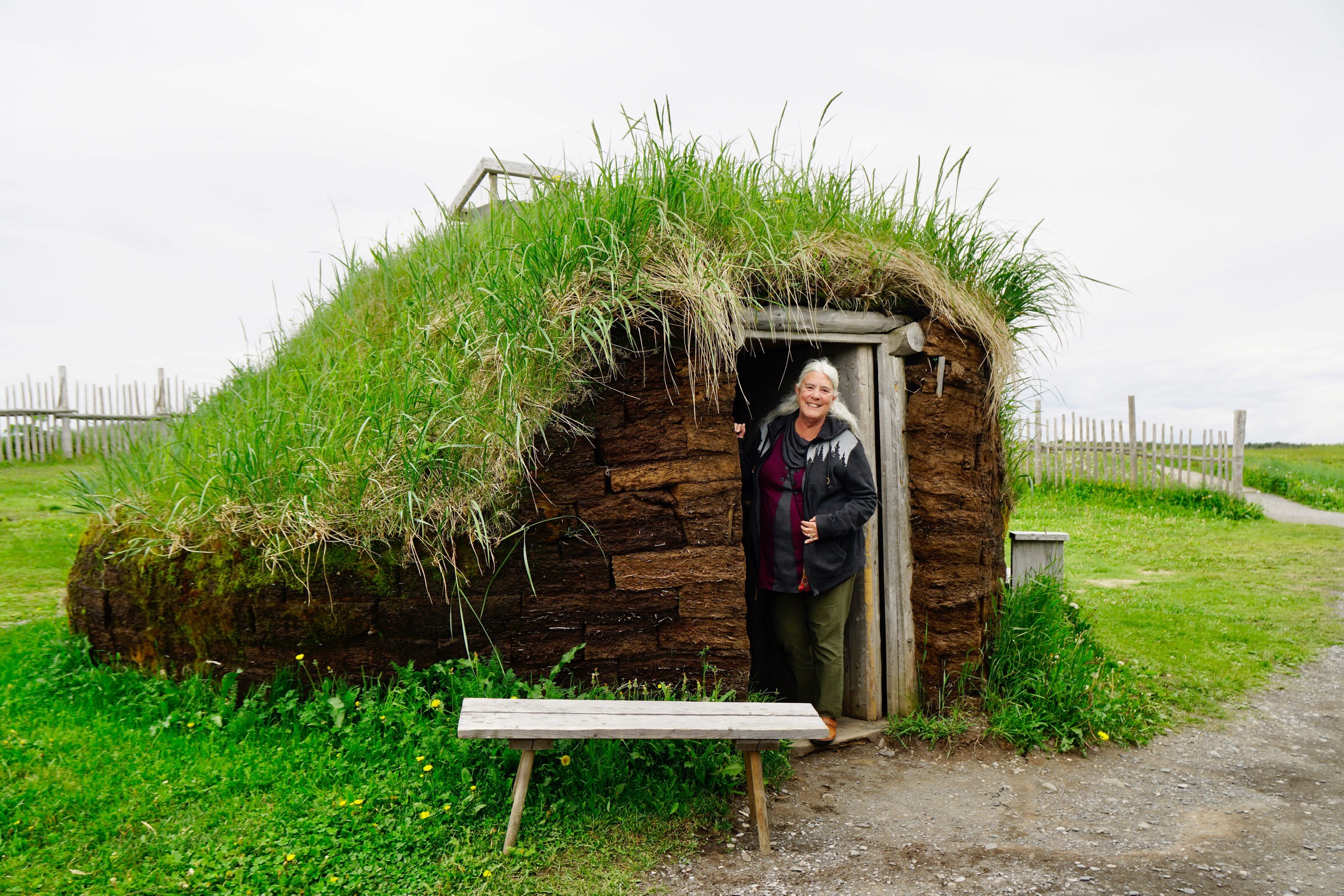 Not so long ago this was just another front in America’s “culture wars”. “Discovering America” of course conveniently ignores that America had already been “discovered” and inhabited for nearly 14,000 years. Setting that distinction aside it remained controversial to teach that among Europeans Columbus was not the first to step foot on American soil.

In the course of my Parochial grade school education there was scant mention of Lief Erickson, Norse exploration, Vinland, and the like. It was deemed a matter of speculation and legend, nothing more. Indeed, there is reason to believe that Basque sailers came to the shores of Newfoundland years before Columbus “discovered America”. It is an established fact that they fished and hunted these shores in the early 1500’s, but no proof (as yet) of a pre-Columbian presence.

With regard to the Norse, it has been conclusively proven that they established and maintained a settlement in northern Newfoundland as early as 990 CE. That settlement is now known as L’Anse aux Meadows, a Canadian National Historic site since 1975 and declared a UNESCO World Heritage Site in 1978. We visited today under cloudy skies.

Within an area of approximately 30 square miles researchers have uncovered the remains of a settlement that had been inhabited for between 20 and 100 years by as many as 150 Norse people. Carbon dating, among other supporting scientific techniques, confirmed the period of inhabitation to extend well into the 11th Century.

At L’Anse aux Meadows one can clearly see the outlines of the foundations of buildings whose purposes included the smelting of iron, forging nails, boat repair, habitations, and a large meeting hall measuring 94 feet by 51 feet.

Over 800 Norse artifacts have been recovered, and most intriguing is that butternuts have been found on the site. These are not native to Newfoundland, the closest naturally occurring in New Brunswick. This strongly suggests other outward exploration by the Norse people.

At L’Anse aux Meadows, Parks Canada has accurately constructed buildings that mirror those that once were built by the Norse peoples.

They are remarkably warm and comfortable.

A diorama gives understanding of how the site once appeared.

Gazing across the meadow gives one a feeling of the presence and experience of those early European inhabitants.

Park staff, wearing period garments, recreate and present the story of these people. They are also on hand to answer questions. Here, Christine listens to the telling of tales from the Icelandic Sagas.

A woodworker, using period tools that include a foot powered lathe, fashions a wood bowl.

There is a smelting hut for the production of bog iron…

and a smithy’s hut where iron is worked into usable items.

From L’Anse aux Meadows we continued a few miles down to where the road ends in a small fishing village.

There the residents had erected statues of the the explorer Lief Erickson, and next to it a smaller lifelike statue of a modern explorer.

By the way, we learned that the Norsemen are only called “Vikings” when they are marauding, pillaging, and plundering, which their women didn’t typically participate in.

The village had one small unassuming restaurant which we decided to visit.

“Do you have a reservation?”, asked the server. We thought she was kidding, but replied that we did not. She bid us to wait while she checked to see if we could be given a table.

Seriously? The place was empty, with only one other couple seated! We were given a table after experiencing our first surprise, the place was elegant!

The second surprise was the menu which was decidedly upscale.

We enjoyed drinks and ordered. Christine had a delicious tenderloin of beef, and I a lobster locally harvested earlier that afternoon. We had barely begun to eat when well dressed guests began to arrive and fill the restaurant to capacity.

It just goes to show that you can’t judge a book by its cover or a restaurant by its exterior. A third surprise, the non-seafood eating Christine was inspired to try a bit of my lobster.

Oh, a fourth surprise was that the bill, which with tip was north of CA $200. It was worth it.

There were two things that we considered as justification for the 500 mile round trip drive up to the northwest extreme of Newfoundland, seeing the Norse settlement, and sitting in a cafe to watch icebergs. We accomplished the former yesterday, and sought to check-off the latter today in the town of St. Anthony.

I had expected St. Anthony to be somewhat of a tourist destination. It was not, just a larger version of the many fishing villages we have encountered.

At the (literal) end of the road there was a lighthouse, a pleasant little restaurant, some nice hiking, and incredible scenery.

The cliffs, greenery, and even the accents of the locals uncannily transport one to Ireland or Scotland.

This is the heart of “Iceberg Alley” where icebergs that have calved off of Greenland’s glaciers pass on their 2 year journey of melting doom south into warmer waters.

We are late in the iceberg season when only the largest remain, and they far offshore.

As a consolation I did see whales spouting and surfacing in the distance. If you look very closely on the left of this picture you can see a whale blowing. The boat on the right is a “whale watching” cruise, in hot pursuit.

Tomorrow we return to Gros Morne to camp and experience a different part of that National Park.

In retrospect, even without the icebergs these last two days have been rewarding… which reminds me that expectations are not only the seeds of disappointment, but in looking to fulfill an expectation one often is blinded to other rich experiences.