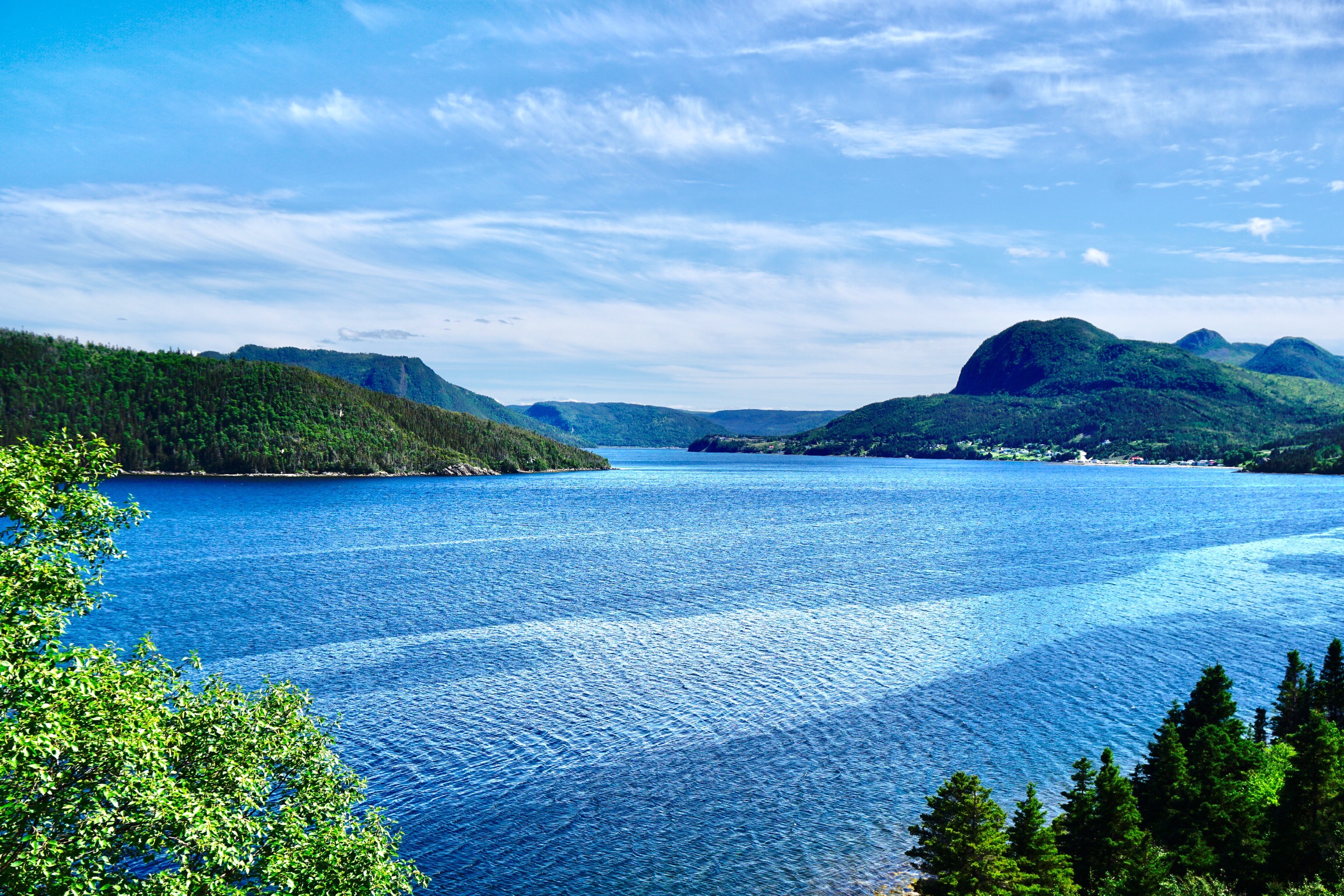 We have been camping the last 2 days in one of Canada’s premier National Parks, Gros Morne (“Lonely Mountain”).

At nearly 700 square miles this is the second largest of Canada’s Atlantic region National Parks.

It was first established as a National Reserve in 1973, achieving National Park status in 2005. It was designated as a UNESCO World Heritage Site in 1987, because “The park provides a rare example of the process of continental drift, where deep ocean crust and the rocks of the earth’s mantle lie exposed.”

This is one of very few places on Earth that its mantle, normally located deep under the Earth’s crust, is exposed. Rarer still, it is situated in a location accessible to people. We spent a part of yesterday “walking on the Earth’s mantle” on a park ranger led hike.

The geology of the mantle is stark and obvious.

On the right side of the road in this following picture are ordinary features, flora, and fauna. On the left, however is the mantle, dense heavy rock, laden with heavy metals and toxic to most plant life.

The sparse vegetation that does exist is courtesy of plants that have adapted, including a few species of insectivorous plants such as the Pitcher Plant, which is the Provincial flower of Newfoundland and Labrador. These plants eat bugs.

Another unusual adaptation pointed out to us is an ability of some plants to absorb and concentrate the toxic minerals, thus becoming poisonous to animals and insects that might otherwise forage upon them. One such plant ( perhaps field chickweed?) concentrates the toxins into one sacrificial leaf that becomes dark purple and when the leaf finally dies and falls off, the plant “designates” another leaf to take its place.

The mountains of Gros Morne are very old, originating 1.2 billion years ago, and being the northernmost extent of the Appalachian Mountains.

Located on the sea with deep valleys carved by glacier forces, the park also features both saltwater and freshwater fjords.

This is a region which in years past had a significant logging economy, and still supports a fishing industry.

Today we head north 250 miles to the upper tip of Newfoundland’s western peninsula. We hope to see the remnants of a Viking village that dates to the year 900, and perhaps even an iceberg or two.

We will than return to Gros Morne, camping for 2 days near the seashore and, weather permitting, taking a day excursion on the waters of an inland fjord.

In the meantime… Peace Everyone. Pete