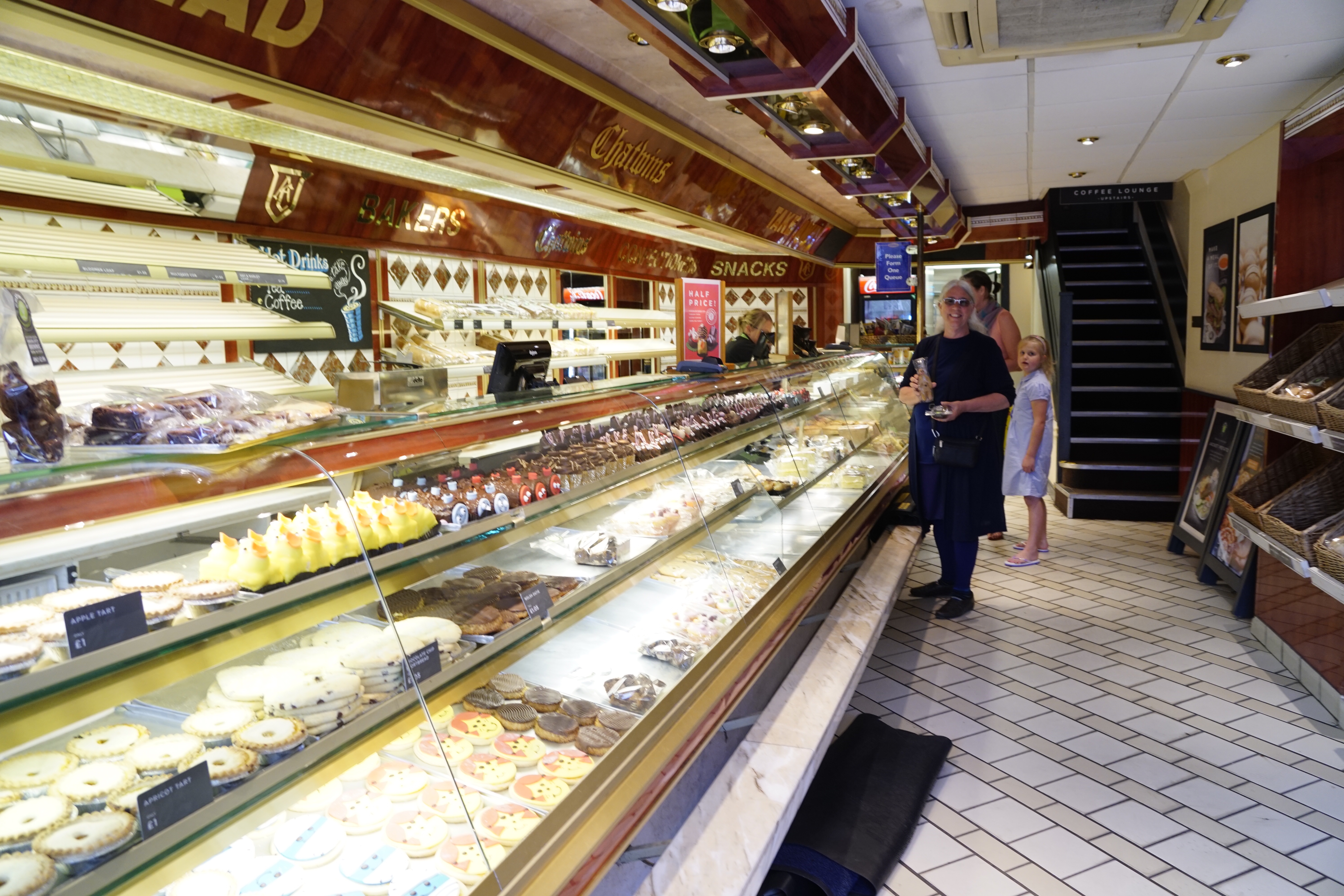 We arrived in Nantwich today on the Shropshire Union Canal. The plan is to remain in this port until Thursday, and then return to Middlewich Friday where we will be joined by our Canadian friends, Tom and Nanci. The weather is predicted to take an unfortunate turn for the week that they will spend with us, colder temps and rain. It is what it is. A bad day on the canal is still glorious.

The “wich” in Nantwich and Middlewich harken from the time of the Roman occupation and signifies a place of salt production. Salt had been produced here over the millennia not only as a condiment, but for the tanning of leather, as a food preservative, and for the production of world renowned Cheshire cheeses. At one time there were over 400 salt houses (16th Century), the last one closing in the mid-1800’s.

Nantwich is a larger community with a population of over 17,000. It is believed to have once been the location of a sacred pre-Roman forest grove worshiped by the Celts. It was listed as an urban area in the Domesday Book at the time of the Norman Conquest (AD 1066), though the Normans burned and sacked the town leaving only one building standing.

Disaster again visited Nantwich’s resurrected community in 1583. A massive conflagration again leveled the town, sparing only a few buildings. Queen Elizabeth I (1533-1603) personally contributed to the restoration of the community. From the ashes of that disaster arose a beautiful market center that, second only to Chester, boasts the highest concentrations of historically listed buildings in England. The town center is littered with buildings dating to the late 1500’s.

As we wandered the serpentine streets we beheld a beautiful church and green space. The green displayed a stone announcing that it was a sacred burial ground that had been “closed to new burials” for the last 200 years. Anglican St. Mary’s Church is the oldest listed building in Nantwich, and is stunning!

Construction began in 1286, was suspended from 1349 to 1369 by the Black Death, and then completed in 1390. The church twice served as a prison, once in 1644 following the Battle of Nantwich and again in 1648 during the 1st Jacobite uprising.

The church features scores of remarkable gargoyles, and a beautiful red sandstone exterior.

The interior is breathtaking, with colorful stained glass windows, and a choir comprised of 20 “misericords” which are 600 year old intricately carved wood choirstalls.

Another intriguing feature are the score of hand needlepoint kneeling cushions, they are in daily use and courtesy of the local guild.

This is a fitting place for a linger day on the canal. We look forward to visiting the many shops, taking a coffee and later a pint, and perhaps returning to the church for moment of contemplation and gratitude.

PS. Lest I have given conflicted messages regarding the current state of my spirituality, I offer the following: I believe in the philosophy and teachings of Jesus Christ, but not to the exclusion or rejection of all other faith traditions. I have long had difficulty with the “rules of religion”, but at two important times in my life I encountered priests who admonished me not to concern myself with the rules, but to listen to my conscience. The first of those meetings occurred when I was 20, the second when I was 60. Each priest was German and each “meeting” occurred in Europe during a rare visit by me to a Confessional. Each priest asked if I considered myself a “good person”, and then expressed confirmation that they believed that I was. As an act of penance, the second priest commissioned me to always listen to my conscious and be so guided the remainder of my life.