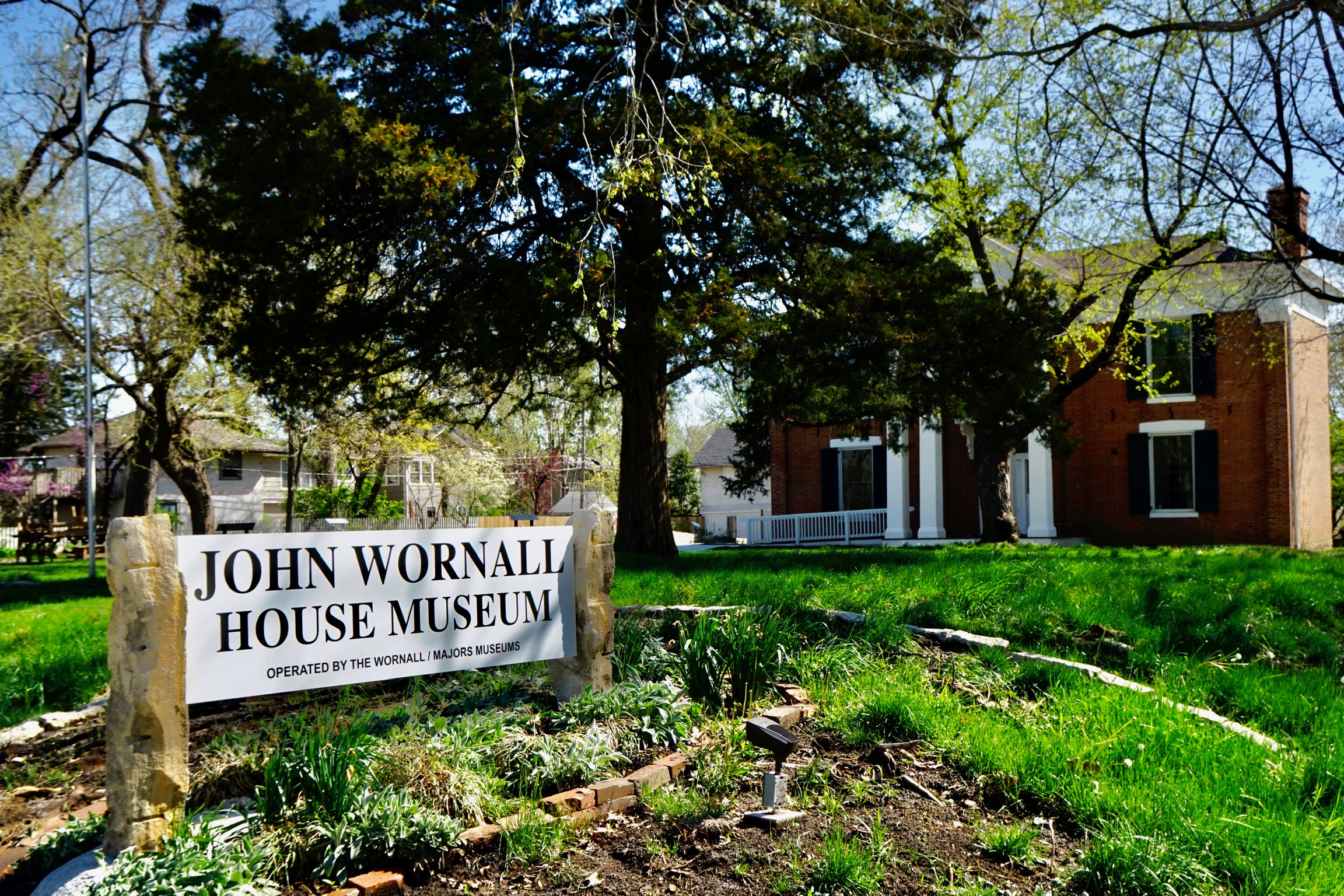 Our Home (where the “Tour” begins)

Christine is native to KC, having been raised only 3 blocks from where we now live. In 2009 she became aware of a home in her old neighborhood that had become derelict and was repossessed by the bank which held the mortgage.

The home had been built in the early 1960’s, unusual because virtually all of the homes in the neighborhood date to the early 1900’s. We bought the home and “deconstructed” it, salvaging the construction materials, windows, cabinetry, etc. which we then donated to Habitat Restore.

We spent nearly 2 years planning the home design which we intended to pay homage to Frank Lloyd Wright yet fit the general architecture of the area. The “groundbreaking” ceremony was attended by our children and grandchildren.

Each of the little ones had a garden trowel in hand to turn the first spades of dirt. The pictures and trowels from that event are a treasured memory that hang upon a wall in the foyer of our home.

The home was completed in 2012 and has become the center of our family celebrations and gatherings.

It was once pastureland owned by pioneer Seth Ward (1820-1903) whose 1871 mansion still graces the neighborhood.

Loose Park and the surrounding area were the site of the American Civil War Battle of Westport (October 23, 1864).

It was one of the largest battles west of the Mississippi River. Over 30,000 soldiers were engaged (among them “Buffalo Bill” Cody, “Wild Bill” Hickock, and mountain man Jeremiah Johnson). It ended with a Confederate retreat. The property was purchased in 1926 by the widow Ella Loose who made it into a park in honor of her husband Jacob. She donated it to Kansas City in 1927. The Park features a rose garden with over 4,000 plants in nearly 170 varieties. It is a favorite spot for proposals and weddings.

Built in 1858, this Greek Revival mansion is one of 4 remaining Civil War era homes in Kansas City. During the Battle of Westport it served as a field hospital simultaneously for both Union and Confederate troops. The home is open to the public. A tour is highly recommended.

There is more that is a “short walk” from our home that will be presented in the posts that follow. For now…

Next: The Country Club District