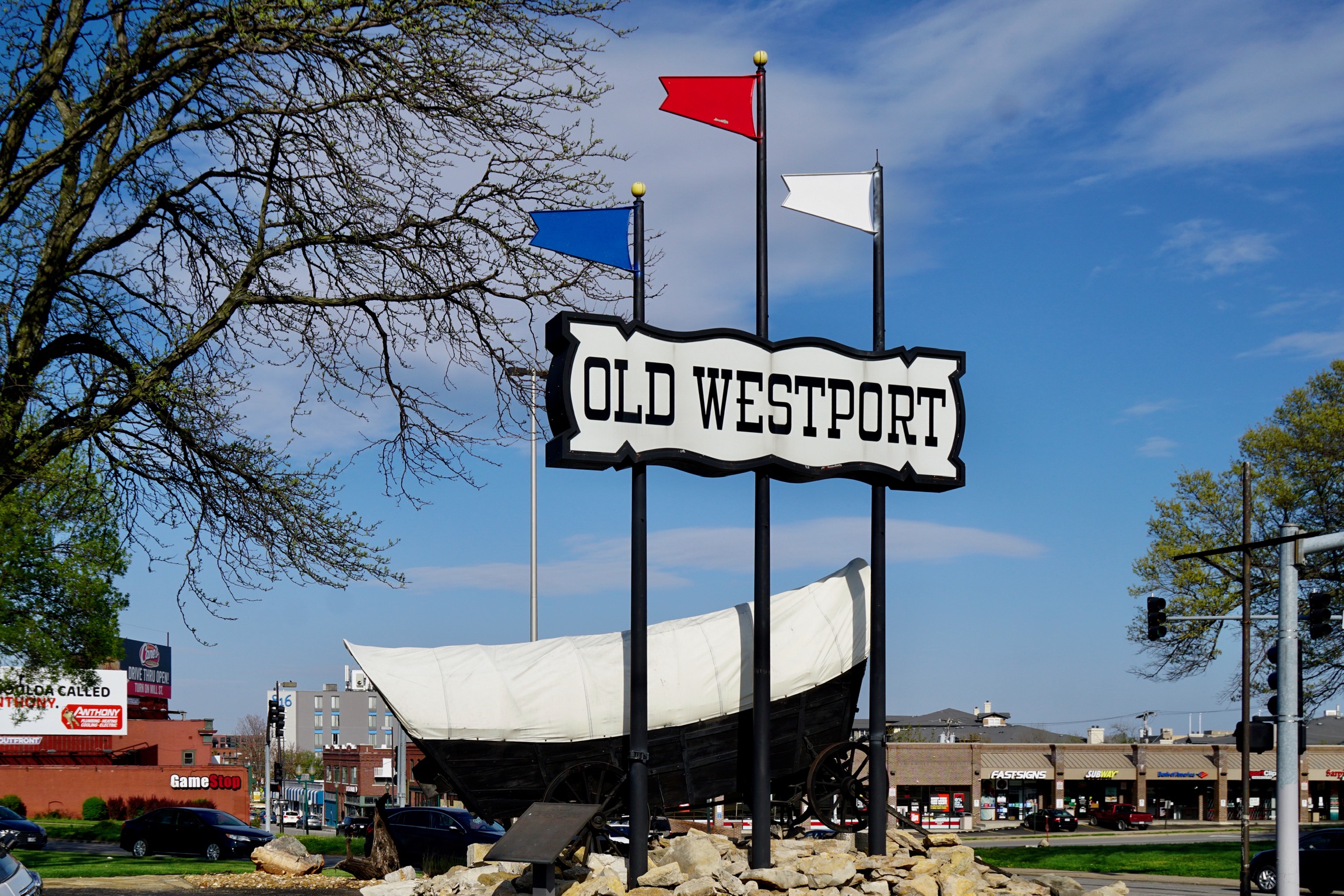 Now a popular entertainment and dining district just 2 miles north of our home, this was once the Town of Westport.

It was first settled in 1831 and later incorporated in 1857. It was annexed by Kansas City in 1897. This was the “West Port” to the frontier. From here westward bound adventurers and wagon trains provisioned before setting out on the Oregon, California, and Santa Fe Trails. Kelly’s Westport Inn was built in 1850 and stands as the oldest building in Kansas City.

Today it is a popular Irish themed tavern. It is reputed to have once been a stop on the Underground Railroad which represented a route to freedom for many escaped slaves.

The Last Will and Testament of publisher William Rockhill Nelson (1841-1915) provided that upon the deaths of his wife and daughter his entire estate was to be dedicated to the purchase and display of artwork for public enjoyment. In 1911 Mary McAfee Atkins bequeathed her estate to establish an art museum. Trustees of the two estates combined the bequests to create a single major art institution.

Ground was broken in 1930 and the doors opened in 1933. The original classic structure opened as one of the largest art museums in the nation.

A stunning glass 165,000 square foot addition was completed in 2007 at a cost of 95 million dollars. The museum features exhibits of Ancient, American, Native European and Oriental art. In 2006 Hallmark Cards chairman Donald J. Hall, Sr. donated the entire Hallmark Photographic collection to the Museum consisting of 6,500 images dating to 1839 with an estimated value of $65 million dollars. The photographs are displayed in themed rotations. The museum grounds exhibit the largest collection of Henry Moore monumental sculptures in the United States.

Temporary exhibits are often featured, most recently those have included “Queen Nefertari: Eternal Egypt”, and “Through the Eyes of Picasso”, both of which presented works never before displayed in America.

Education and the Arts

Within minutes of our home are the campuses of the University of Missouri at Kansas City, (my Law School Alma Mater)…

The University of Kansas Medical Center and School of Medicine, Nursing, and Health Professions,…

These urban campuses serve the community and nearly 25,000 students. Professional schools in Law, Medicine, Dentistry, Nursing and Pharmacy are in addition to undergraduate and graduate studies. UMKC is also home to its nationally known Conservatory of Music and Dance and is the host venue for the independent Kansas City Repertory Theater, founded in 1964.

Mere steps from the Nelson-Atkins Museum is the Kansas City Art Institute.

This private 4 year college of fine arts was founded in 1885. The expansive curriculum features majors in virtually every category of fine arts from animation to sculpture. Across the street from the campus is the Kemper Museum of Contemporary Art.

Adjoining the campus of UMKC is the Linda Hall Library. This privately endowed library of science, engineering, and technology sits on 14 wooded acres, and is open to the public.

It is the largest library of its kind in the nation, and among the largest in the world. It was established in 1946 through the philanthropy of Linda (1859-1938) and Herbert Hall (1858-1941). Its collection of over 2 million volumes include rare books, and the William Deramus Cosmology Theater.

Kansas City University of Medicine and Biosciences: Located east of the downtown, this private non-profit institution is situated on 23 acres atop the bluffs overlooking the Missouri River. It was founded in 1916 and is one of the nation’s original osteopathic medical school. With over 1,200 students it is also one of the largest medical schools in the nation by enrollment.

The National Museum of Toys and Miniatures

This museum is unique in all the world. It opened in 1982 near the campus of the University of Missouri at Kansas City. The 7,000 square foot museum is anything but small with a collection of over 72,000 toys, fine-scale miniatures, and other objects of interest.