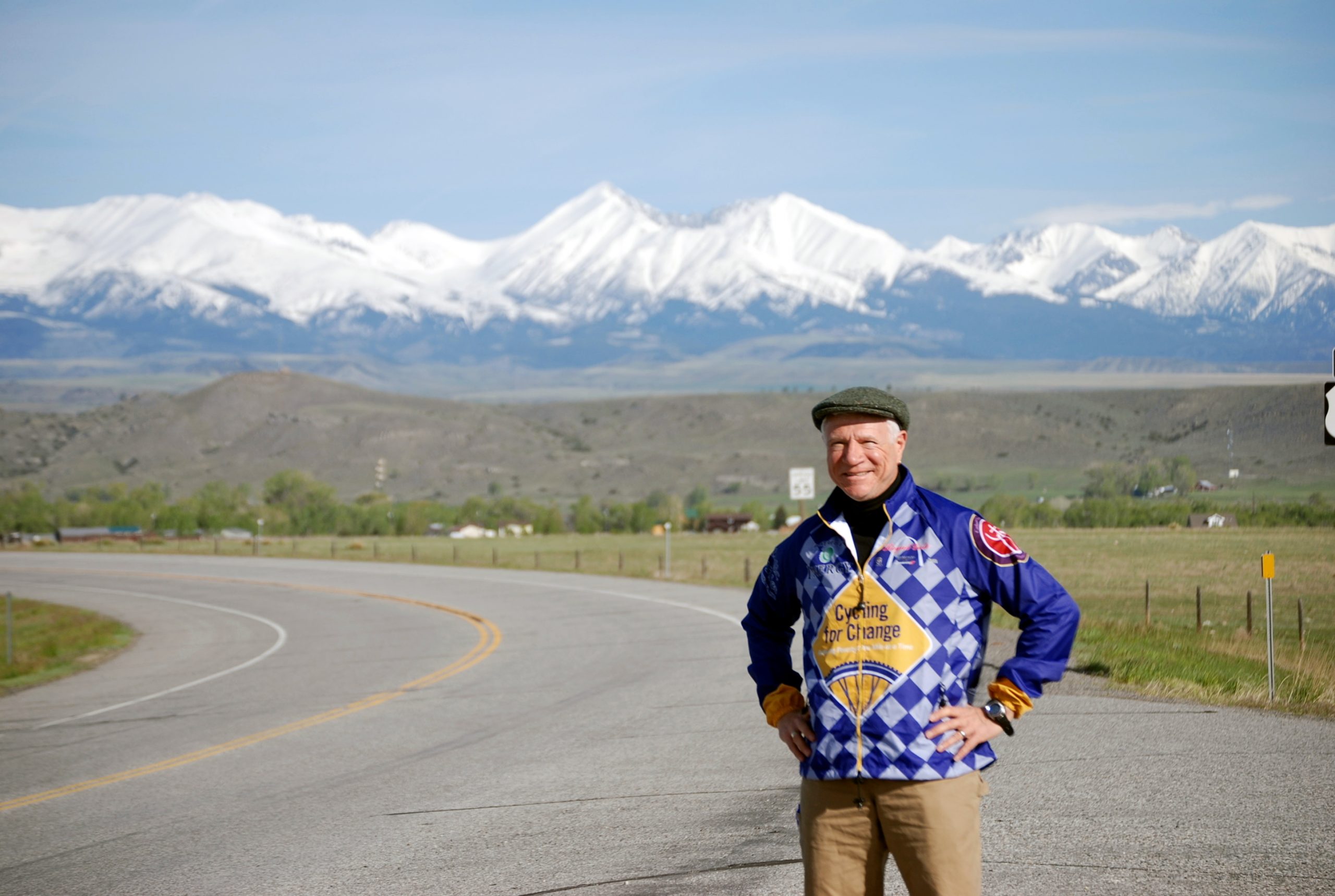 On Sunday May 23 2010 the St. Francis Xavier parish came together to offer blessings to the C4C members.

It was a somber moment as we contemplated leaving our homes and families. We were mindful of the dangers that lay ahead for each of us.

After Mass Catholic Charities of Kansas City hosted a sendoff luncheon. This would be the last pre-departure event.

Most of the members flew to Seattle later that week. We were to assemble there prior to driving to Cape Flattery, our Memorial Day weekend departure point.

5 of us were tasked with driving the vehicles and equipment from Kansas City to Seattle, a journey of over 1,800 miles. Bethany Paul and Jeremy Ruzich drove one of the vans, while Stephen Belt and Carol Beckel drove the other van with trailer in tow. Christine and I drove the SUV which would be our “chase car” during the rides.

Christine and I passed through South Dakota where we made the obligatory stop at Wall Drugs.

We passed through Butte Montana where long deceased members of my family had been employed in the copper mines.

Onward we drove through Idaho and into Washington where the majesty of the northwest was on full display.

We arrived in Seattle on May 27th where we joined other members of the group.

The day before leaving for Seattle I was given to contemplation and I began journaling my thoughts… tapped out over the course of the next 3 months one finger at a time on my early generation palm sized iPod:

Tomorrow my wife and I drive to Seattle, Washington. We are transporting one of the three vehicles that will provide support for me and the other C4C bicyclists. My professional life will be “on hold” until September 13th. We will miss the near daily contact with our children and grandchildren. Our clothing and personal effects for nearly 4 months have been packed into two “carry-on” sized bags. Space is at such a premium that we have focused on carrying the minimum of such things as socks (4 pair), shoes (one pair), long pants (two), shorts (one), and enough “unmentionables” to get us from one wash day to the next. These items are separate from our bicycle specific clothing. Except for 3 nights in July when we pass through Kansas City, we will not enjoy the comfort of our own bed for nearly 110 days.

For most of us, childhood was punctuated by the litany of “When I grow up, I won’t have to …”, “When I grow up, I can … whenever I want to.” The light at the end of the tunnel of childhood was self-determination and control. As adults we continue to embrace the illusion of achieved mastery of the management of our personal kingdoms. Such “mastery” is an illusion, since most of us have schedules, employers, responsibilities, duties… but these are shrouded in the trappings of our “rights”, and our “command” over our homes, persons, and property. We are comfortable in the illusions of our personal security and control.

Tomorrow, I leave the camouflage of my “grown-up” security. I again must accept being told when to rise, when to sleep… when to eat, and even what to eat. I will be a nearly anonymous servant. In some respects I have accepted a vow of 110 days of poverty and obedience. Since I will travel with my wife I hope to avoid the vow of chastity. The loss of the illusion of control over my life is a sacrifice that I had not anticipated. It will take some getting used to, now that I am a “grown-up”.