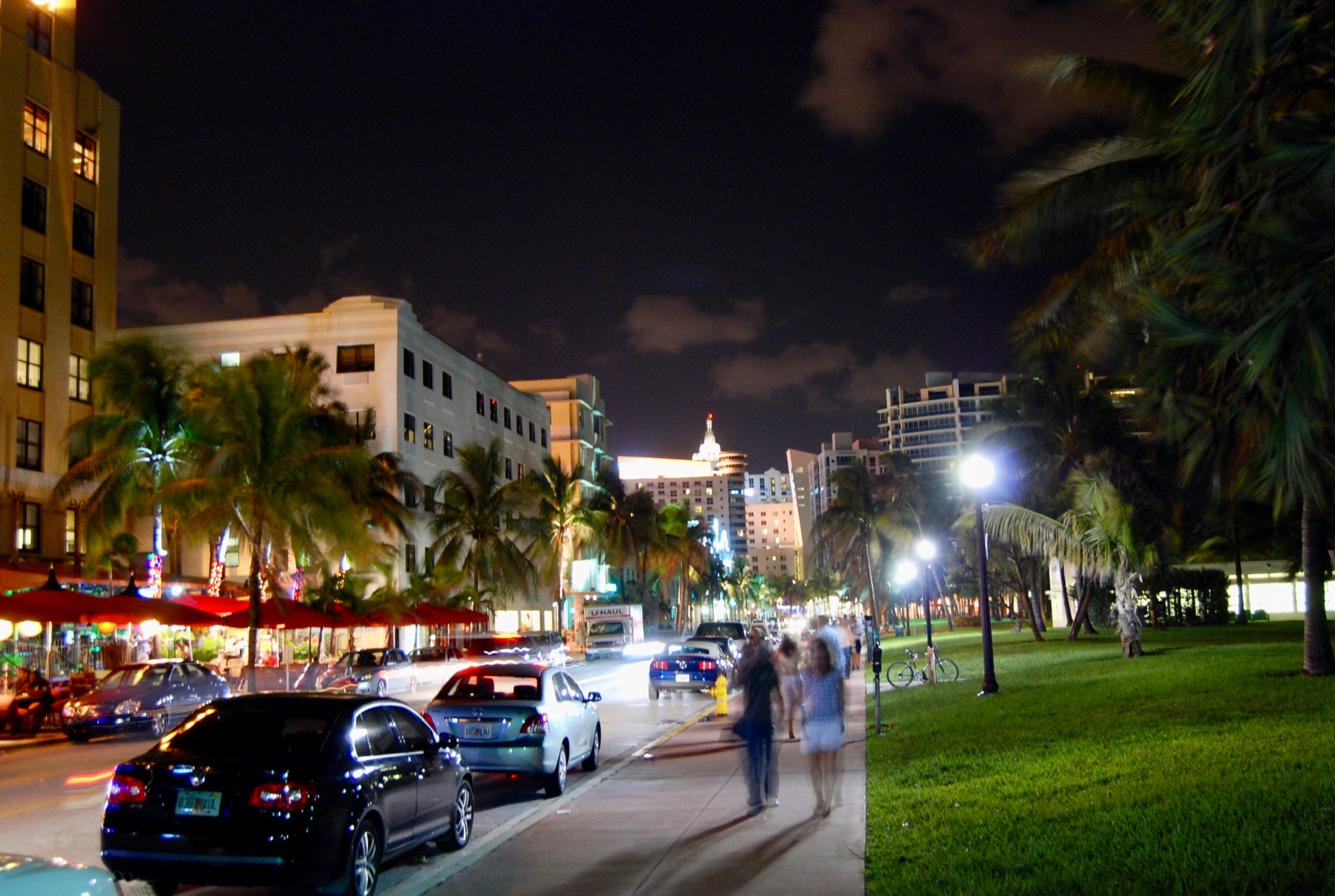 In times past it was known as the Big Bend Coast. Since 1991 this unofficial region of Florida has been known as “The Nature Coast”. Loosely defined, this area covers approximately 8 Florida Counties that abut the Gulf of Mexico. Culturally, it is the transition from the southernmost extent of the “Deep South” into the more tropical and urban cultures of the Tampa Bay area and Miami.

From August 22nd to August 31st we enjoyed 9 riding days that covered over 480 miles and connected us with the Florida communities of Perry, Chiefland, Inverness, Polk City, Sebring, Clewiston, West Palm Beach, Boca Raton, and Miami.

“Enjoyed” is a term I present in the literal sense. The climate was comfortable.

The scenery was inviting.

It seemed that the most challenging hills we had to navigate were the roadside curbs.

The quality of our accommodations through most of this stretch were among the finest of the summer. The most memorable were our stays in Sebring (August 26th), West Palm Beach (August 28th and 29th), Boca Raton (August 30th), and the “pièce de résistance” was the Royal Palm Hotel in Miami Beach. These night stays read like a luxury tourist itinerary.

In Sebring we enjoyed rooms in the historic Kenilworth Lodge. This expansive resort hotel was built in 1916 by George Sebring, developer of the community. Listed on the National Register of Historic Places in 2000, its glory days were in the early and mid-20th Century as seen in this 1922 postcard.

During our brief stay hints of its past grandeur were apparent.

Sadly, it has lain closed and abandoned since 2016 due to a small electrical fire that lead to a detailed fire inspection and condemnation of the property.

Our stay at the Hilton Hotel in West Palm Beach was not so memorable for the otherwise typical accommodations, but for the unusual group that was also registered at the facility. Wherever we looked there were young people dressed as cartoon and fantasy characters.

One of our group asked an attendee what they were there for, “We are part of an Anime Convention.” was the reply. “What’s that?” continued the C4C rider. “A convention is a group of people meeting for the same purpose” was her response… and with that said she walked off leaving a bemused C4C rider in her wake.

In Boca Raton the oceanside Holiday Inn was anything but ordinary. Our arrival was heralded by a videographer.

The rooms looked out upon a delightful swimming pool and the sound of the Gulf waves on the beach mere feet away provided an aural backdrop for this piece of paradise.

At our 6 am departure the next morning the manager asked if we would join him for a group photo to add to his collection of hotel guest dignitaries.

And then there was the Royal Palm Hotel in Miami Beach. It was one of a group of extraordinary art-deco high rise hotels that adorn the South Beach strip. By day the hotel and surrounding environs were beautiful…

…but after sunset they transformed into a technicolor feast for the eyes.

Dating to 1939, the Royal Palm was named after the famous 1897 Henry Flagler Miami hotel that had been destroyed by fire a few years earlier. The staff at this decidedly upscale resort did not bat an eye when we asked to take our bicycles up the elevators for overnight storage in our rooms.

In spite of the changes that our venture into south Florida brought, we remained true to our established routine: An early start with Christine’s instructions for the day was followed by Father Matt’s morning prayer; “Let’s ride with peaceful minds and strong hearts…” and his concluding directive, “Buns Up Everyone!!”.

Daily Mass remained an afternoon or evening tradition. Often a “potluck” supper was served to us courtesy of a local church group. By now we had long lost count of the number of different ways that pasta could be served.

And of course we remained dedicated to the continuing mission of Cycling for Change, carrying the message of the problem of poverty in America. During this segment of our ride there were meetings and presentations with various parish groups, however the most endearing experience was our visit with the children at Miami’s Centro Hispano Catolico Child Care Center.

This child development center is one of 6 such centers operated by Catholic Charities of the Archdiocese of  Miami. The Centro Hispano serves up to 200 underprivileged children in the largely Hispanic community. Services include classes taught by degreed staff, 3 balanced meals a day, a curriculum to address literacy, social, and emotional development, individualized education plans, and training programs for parents that include development of language, job, and financial skills.

Ahead of us from Miami lay the final 160 miles to Key West. Ten years later a lump forms in my throat and a tear comes to my eye at the mere typing of those words.

Next: The final chapter: The Florida Keys and Key West.

PS.  Christine’s parents, William “Bill” Alden Nichols and Doris Irene (Robinson) Nichols were born in 1918. At the age of 18 they eloped to marry, fearing their parents’ disapproval. On August 27, 2010, a little over 74 years after they had married, we of C4C were riding from Sebring to Clewiston, Florida. Christine took leave of the group that day to drive 60 miles west for an afternoon visit with her parents.

Doris resided in an assisted living community while Bill continued to live independently in their Florida home.

Doris passed away the following year at the age of 93. Bill lived past his 101st birthday, drawing his final breath in Kansas City on February 24th, 2020… “Eternal rest grant unto them O Lord…”