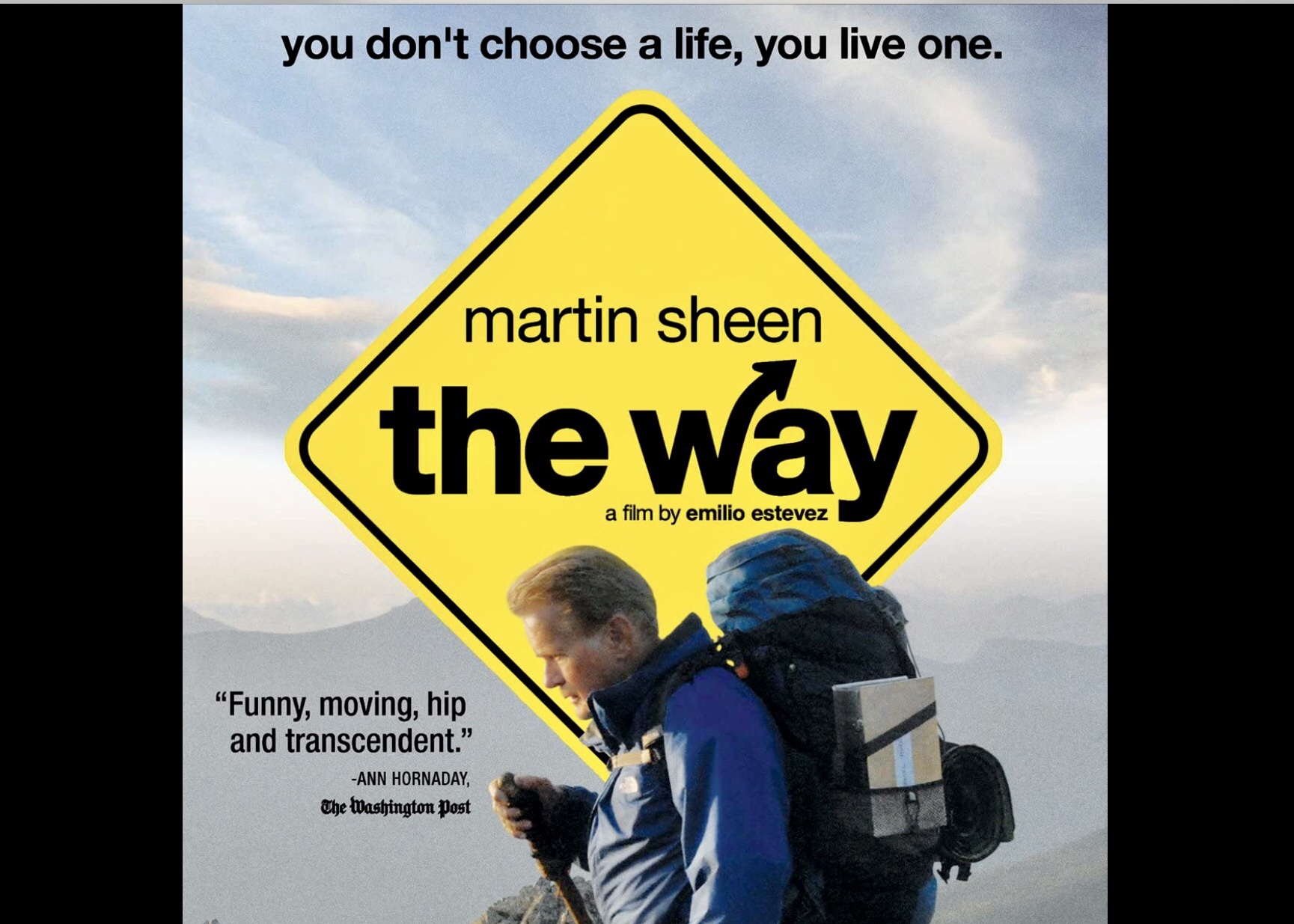 Our lives are a litter of seemingly insignificant moments. When viewed in the rear view mirror of time those moments loom large as having crafted the experiences that define us. An offhand comment offered by a university professor; “Mr. Schloss, have you ever considered being a lawyer? You should.”  The selection of one of two cities offered for a new job; I chose Kansas City over St. Louis solely because I had never been there before. An invitation by a stranger to pause from walking my dog for a beer; A few minutes later that beer led to meeting a young lady who would later become my wife of nearing 44 years. How different my life would have been if those events had happened differently or not at all.

One such moment occurred at lunch with my good friend, Hugh O’Donnell. Hugh occasionally offered movie recommendations. On that day in late 2011 he was particularly adamant that I see a little advertised movie, “The Way” which was written and directed by Emilio Estevez and starred his father, Martin Sheen.

Not wanting to spoil the movie, Hugh yet enticed me by explaining that the story was one particularly suited to me. He fell just short of making me promise that I would go. I was intrigued. Online reviews of the low budget independent film were effusive. I was hooked.

The weekend was upon us and with no special plans I suggested to Christine that we take in a movie. “Hugh has recommended that we see “The Way”. He was really strong with his endorsement.” Christine is usually reluctant to spend a “few hours sitting in a theater”. However she is pretty good at figuring out if I am just looking for something to do, or really invested in seeing a particular show. I prevailed and off to the movies we went.

One does not spend $20.00 dollars or so at a movie with the expectation of having a life-changing experience. A bottle of water, bucket of popcorn, and box or two of candy was all that we expected we would be buying. Looking back on that evening, It was the most expensive movie we will ever see. It has cost us thousands of dollars and it will likely cost us thousands more before our lives conclude… and worth every penny.

“The Way” is the story of Thomas Avery, played by Martin Sheen. Tom is a workaholic physician who is frustrated by his son’s failure to share the father’s work ethic and view of life. The son, Daniel Avery (played by Emilio Estevez), is leaving for Spain to “walk the Camino”. As Tom is driving Daniel to the airport the son reveals that he is leaving his post graduate studies in order to find his true life’s calling. Dad’s anger rises and Tom challenges Daniel to explain what he expects to make out of his life. The son responds to the argument with the arresting line, “You don’t  choose a life Dad, you live one”.

Tom’s life is turned upside down when a few days later he receives a call from a police inspector in southern France advising that Daniel has died. The Father travels to St. Jean Pied de Port in France to identify his son and return his remains to the United States. Tom learns that Daniel died when he was caught in a violent storm while crossing the Pyrenees mountains on his first day walking the Camino.

Later that evening, lost in his grief, Tom stares at his son’s backpack. The Father realizes that he never really knew Daniel. Perhaps Tom’s last opportunity to understand what was important to Daniel may found by taking up his son’s backpack and continuing the journey Daniel had started. The father’s own journey of self-discovery thus begins.

“The Camino” is a medieval pilgrimage walk with its final destination the Cathedral in Santiago Spain, reputed to house the remains of St. James the Apostle. For over a thousand years pilgrims (“Peregrinos”) from the world over have undertaken this 500+ mile physical, emotional, and spiritual journey. “The Way” has planted the seeds of pilgrimage in the minds of thousands of Americans. Many of the nearly 8,000 American’s who “walked the Camino” in 2013 point to the movie as the genesis of their journey. So it was with us.

As we left the theater, I became aware that Christine had been profoundly moved. She still showed signs of the tears that had come to her during the show. “So Chris, what did you think”, I asked. Her answer marked the moment that I found the course of my life changed. After a short pause, she replied, “I’m going to do that”.

“You mean walk the Camino?!” I was incredulous. My Wife is known for her determination, but not for athletic pursuits. 20 years earlier I thought our marriage might end because of the one and only backpacking trip I had convinced her to take with me. That 3 day hike in the mountains of New Mexico might have covered 20 miles. Here she was talking about hiking over 500 miles from Southern France, across the snowcapped Pyrenees mountains and then west to the Atlantic Ocean.

The only answer that I could muster was, “Well, can I go too?” I thought she was kidding, but I hoped she was not. I too was victim of “The Way” and found myself captivated by the idea of taking 6 weeks to pursue the Tom Avery experience.

Over the months the followed “The Camino” repeatedly came up in our conversations. It was clear that the idea was firmly planted in our minds. Furthermore, it was Christine’s idea. It presented her with the opportunity to choose our next adventure after having helped with an adventure that I had embarked upon in 2010, riding a bicycle across that United States.

We began planning in earnest. Christine ordered books about The Camino. I researched on the internet. We talked about the equipment we would need, and when we should plan to depart. Christine had enough frequent flyer miles to secure first class round trip tickets to Spain. Over the next 18 months we talked and dreamed longingly of “Our Camino”. Every journey begins with a first step. We had just taken ours.

Next: Part 2, Planning and Preparations