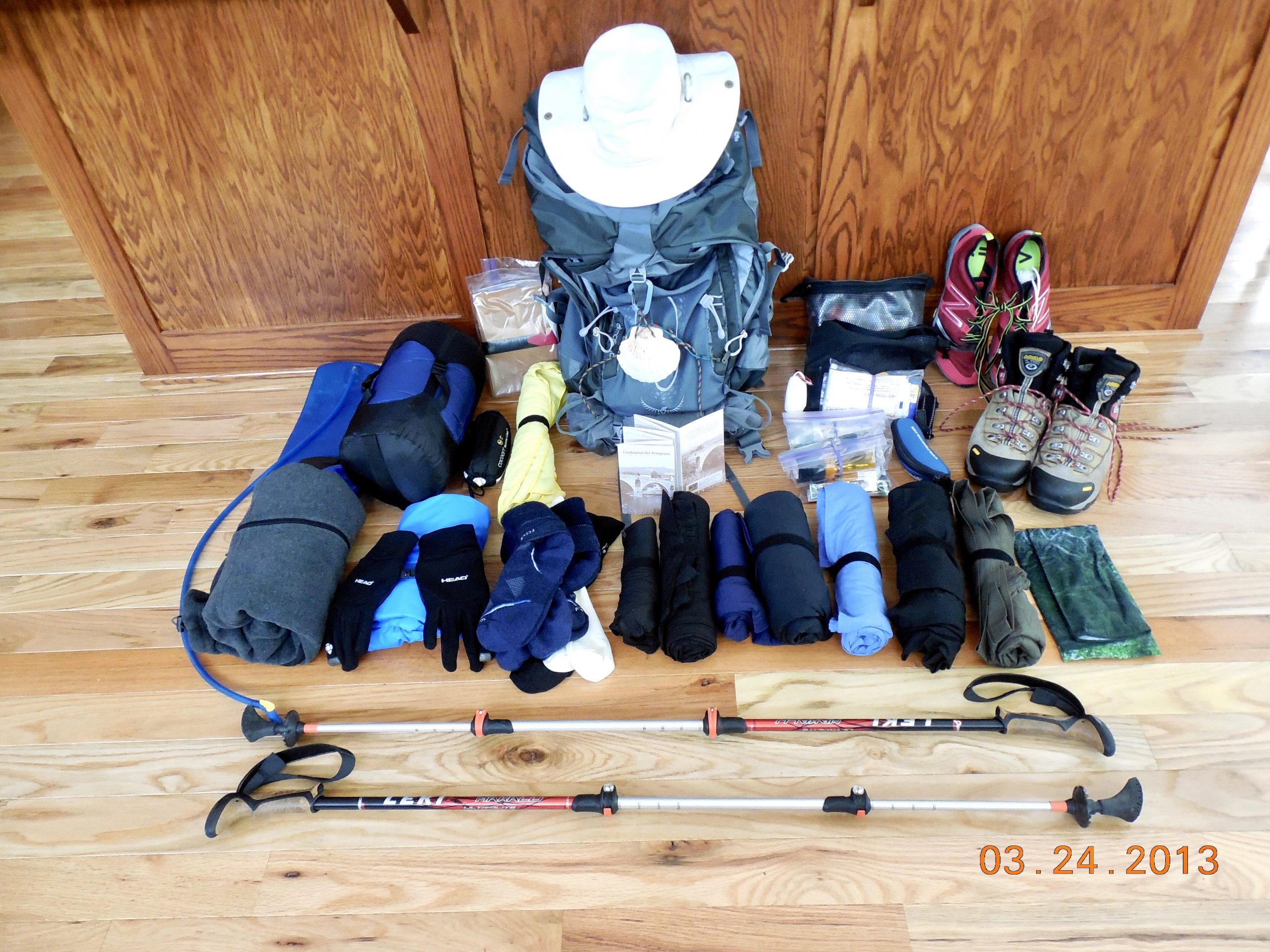 Planning and daydreaming of the Camino had become a  preoccupation for us in early 2012. It bordered on obsession. We shared our thoughts with friends and family. Word spread of our plans. We found that there were others in Kansas City who had walked the Camino. One such person was Thomas Lin who reached out with suggestions and a referral to his friend in Barcelona, Ana Dargallo Nieto, who would later welcome us with a tour of her city.

Thomas had walked in 2009, starting from St. Jean Pied de Port, France. With gear in hand Thomas took a moment for coffee at an outdoor café before taking to the trail. He was surprised to see the familiar face of actor Martin Sheen.

Minutes later Emilio Estevez approached him and asked if he wanted to be an “extra” on a movie that they were shooting, “The Way”. Thomas declined, not wanting to delay his departure.

Early planning lacked certainty for us and the Camino remained more daydream than reality. That changed on July 4th when we secured our reservations on Delta flight 694 Kansas City to Atlanta and then on to Barcelona. April 8, 2013 was our “D-Day”. We would return 6 weeks later on May 31st.

Making the flight reservations was an easy part. There was still the challenge of packing for a 6 week “backpacking” trip. It had been 20 years since our children and I had shared annual one week backpacking trips in the Rocky Mountains.

I still had my equipment. Typical of those trips were the 40 pounds of clothing, equipment, and supplies carried on my back. If that was what I had needed for one week, how much would I have to carry for 6 weeks?

The internet provided some insights through an online Camino Forum. Thousands of “Peregrinos” exchanged questions and answers about all things Camino. I learned that a full backpack averaged between 15 and 20 pounds. Some folks took pride on whittling that down to as little as 10. My first efforts at minimalizing resulted in this list:

As I assembled the items I found that I was over the suggested limits by a good 10 pounds. I was packing for all the “what if’s” I could imagine. I took a piece of advice to heart, “Spain is not a third world country”. The process of elimination got my pack down to 21 pounds. Christine was more successful, achieving 16.

We trained by carrying our packs on long walks through the neighborhoods.  We would later find on the Camino that the first Albergues (hostels) had tables, and even rooms full of “just in case” items discarded by pilgrims after their first arduous days afoot. A week into our journey I would mail 4 pounds of stuff back to our B&B in Barcelona.

Friends queried us with concern for our safety. We were often asked if we would be taking self-defense measures with us. Mace was frequently suggested, once a firearm was even recommended. A bit of research revealed that in 2012 there was a total of 364 homicides in Spain, a country of over 47 million people. The likelihood of personal violence was over 7 times greater in the United States. No mace, and certainly no firearms.

Other frequent questions had to do with whether we would be part of a tour group. Would there be a guide? What about hotel reservations? Would we be camping, cooking? Do you speak Spanish? Is the water safe to drink?

The Camino Forum, and especially a guidebook written by John Brierley, “A Pilgrim’s Guide to the Camino de Santiago” (frequently updated and available on Amazon) proved very helpful.

No tour group, we would be walking on our own but soon find company with countless other Peregrinos. The Camino was well marked. Villages with services could be found every few miles. There were many Albergues, Casa Rurals, and Guest Houses. Larger towns had hotels if one was so inclined. The Albergues were typically “first come first served”, rarely taking reservations. By choice there would be no camping or cooking. Restaurants and cafés along the way had discounted menus for the pilgrims. Christine began studying basic “Spanglish” while I could point fluently in most any language. My high school and college German might also prove helpful as English, French, and German speakers were common on the Camino. And yes, the water was safe to drink, “Spain is not a third world country”.

The final destination of the Camino is the Cathedral in Santiago, reputed to be the repository of the human remains of St. James the Apostle.

Peregrinos who walked the final 100km (about 60 miles) in a continuous journey could present themselves to the Cathedral office and receive a Compostela (certificate of completion).

It was also permitted to travel the Camino by bicycle and even by horse, in which cases one had to complete the final 200km as a continuous journey.

The Pilgrim Office at the Cathedral would not take your word that you had met the requirements for the Compostela. Proof in the form of a pilgrim “credencial” was required. This document, obtained free of cost, would be stamped each day by the Albergue as evidence of the passage. It could also be stamped by most churches, municipal offices, restaurants, and cafés.

In the course of our journey we were frequently presented with what we came to call “Camino Moments”. These little “miracles” left us to marvel at how much lies beyond our capacity to under. Unbeknownst to us at the time, the APOC volunteer who issued us our credencials was Kris Ashton of Denver Colorado. We met Kris by chance as we walked the Camino and became fast friends sharing sections of the journey and occasionally accommodations.

Our friendship has continued to date with frequent visits to each other’s homes. Kris even joined us in 2018 for a week cruising the ancient canals of England and Wales.

As our departure approached I took upon myself the mission of including the grandchildren. We talked about Grandpa and Grandma “walking across Spain”. They had seen the guest bedroom of our home taken over by an accumulation of clothing, backpacks, trekking poles, sleeping bags and other necessities for our “adventure”. Pilgrims on the Camino mark themselves by displaying a scallop shell (“concha”), usually from a necklace or attached to one’s backpack. I purchased a number of large and small shells which I affixed to lanyards, small ones for the grandchildren and large ones for us.

Our shells remain as another treasured memento of our journey to Santiago.

Next: Part 3, The Journey Begins with a First Stamp