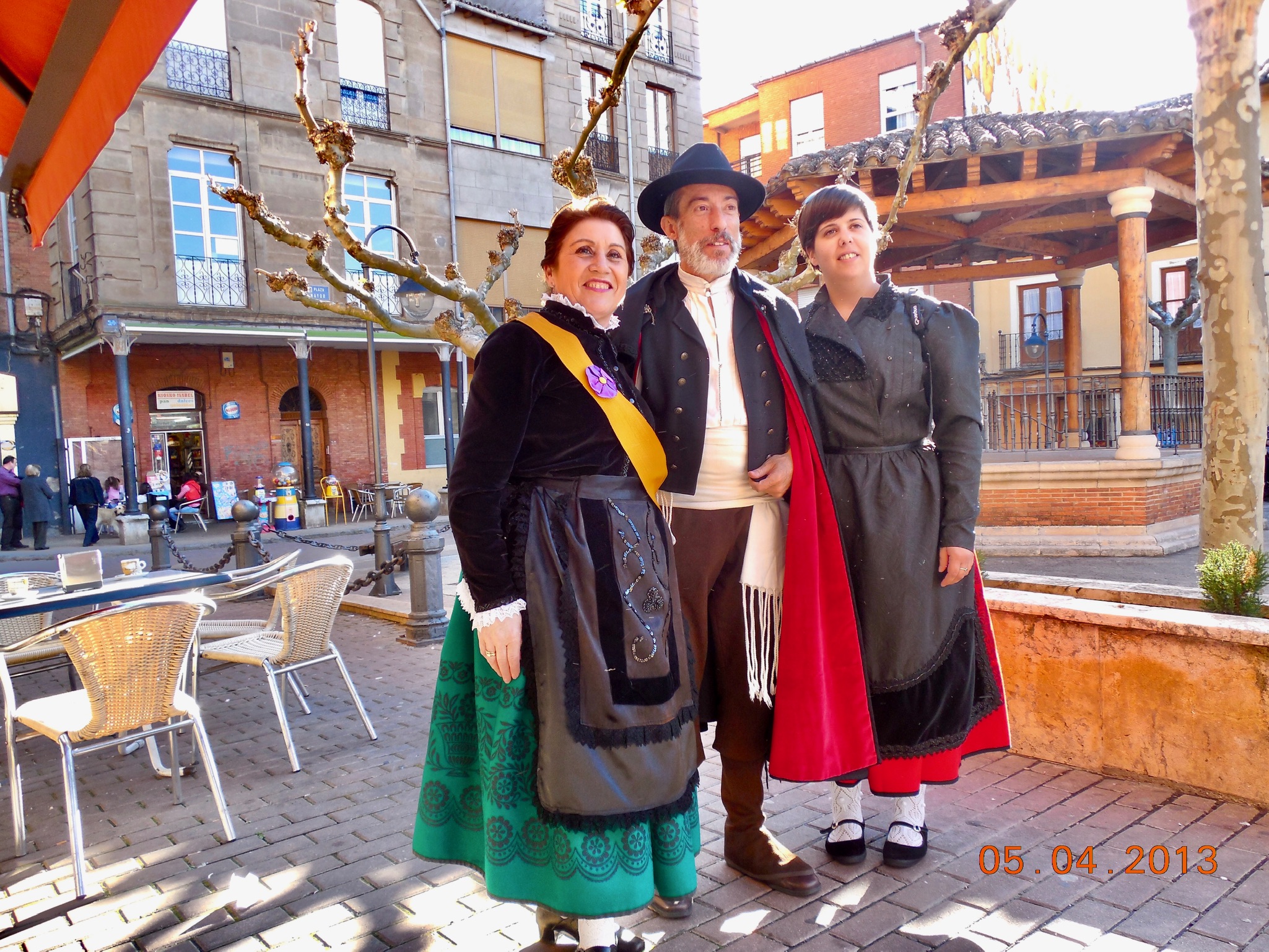 Sahagun, Spain is not known as a destination city by those of us from North America. With a population of 170,000 it is large enough to be considered a tourist destination. Weighing in its favor: It was once the seat of religious and civil power in the region. It has a place in history dating to before the time of Charlemagne, and it has long been an important waypoint for pilgrims on the Camino. At one time Sahagun bristled with pilgrim hospitals, churches, and monasteries that might have been a draw for tourism, but not today. One reason for its shortage of ancient monumental structures is the lack of quarriable stone in the region. Large buildings were therefore constructed of brick and mortar in a style known as “Mudejar” that does not stand up to time as well as granite or limestone.

Nevertheless, we found May 4th in Sahagun to be charming. Pleasant weather, lovely company, and a relaxed pace made for a memorable honeymoon like day “off the Camino”.

Or were we really “off the Camino”? The Camino is a pilgrimage which may be defined as an intentional journey to a destination. Both a journey and a destination that are focused upon something or someone important to the pilgrim. It can be religious, or it can be a journey of self-discovery. Why then not a journey that explores the most important of interpersonal relationships, that of spouses. On the Camino it is the physical, emotional, and spiritual journey that matters more than the destination. Destination, although literally “the goal”, is merely the means to attain the enlightenment that is the fundamental purpose of pilgrimage.

Some “hard core” Peregrinos may take exception to my views, but many of those same pilgrims are more focused upon things pedestrian, such as shoes, packs, sleeping bags, and bed bugs than upon introspection and self-discovery. It is like two parishioners who leave a church service, one contemplating the message of the minister’s sermon and the other  fixated upon the minister’s failure to adequately shine his shoes and straighten his collar.

From the beginning of our Camino I found myself looking at my wife with fresh eyes and a deeper appreciation for my good fortune in marriage. May 4th was a day that we focused upon each other while sharing the backdrop of what the city of Sahagun had to offer.

We again visited the Arco San Benito on our way to to the 12th Century Iglesia San Lorenzo and the Plaza Mayor where vendors were selling their wares.

At the Plaza we encountered a Camino friend, Paul Sommers from Australia, another “face on the Camino”.

Across the central city to the south and high upon a prominence we visited the Monasterio de la Peregrina. This 13th Century Franciscan Convent has served as a monastery, church, pilgrim hospital, and is now restored as a museum.

It provided interesting telephoto views across town to the Cantabrian mountains in the north.

It also featured an open crypt with mummified remains and a couple of skulls. These were found during the restoration embedded in a wall near the main altar. It is believed that these remains date to the 15th Century.

An unexpected highlight for us was an overview of the principal sites of Sahagun, done in miniature. A man whose identity was unknown to us dedicated a piece of his life to the creation of these incredibly detailed models. These places were each constructed as they would have appeared at their zenith. I took the interior images through the doors and windows of the miniatures.

Of course there was a “Roman bridge” to wander by, after all we were in Spain.

On the way back to our hotel we again passed through the Plaza Mayor. This time instead of vendors we encountered a group of folks dressed in their national costume finery. Those who gathered celebrated a pair of newlyweds and the first steps of their love and life together.

Ours was not the only “Honeymoon in Sahagun” celebrated that day.