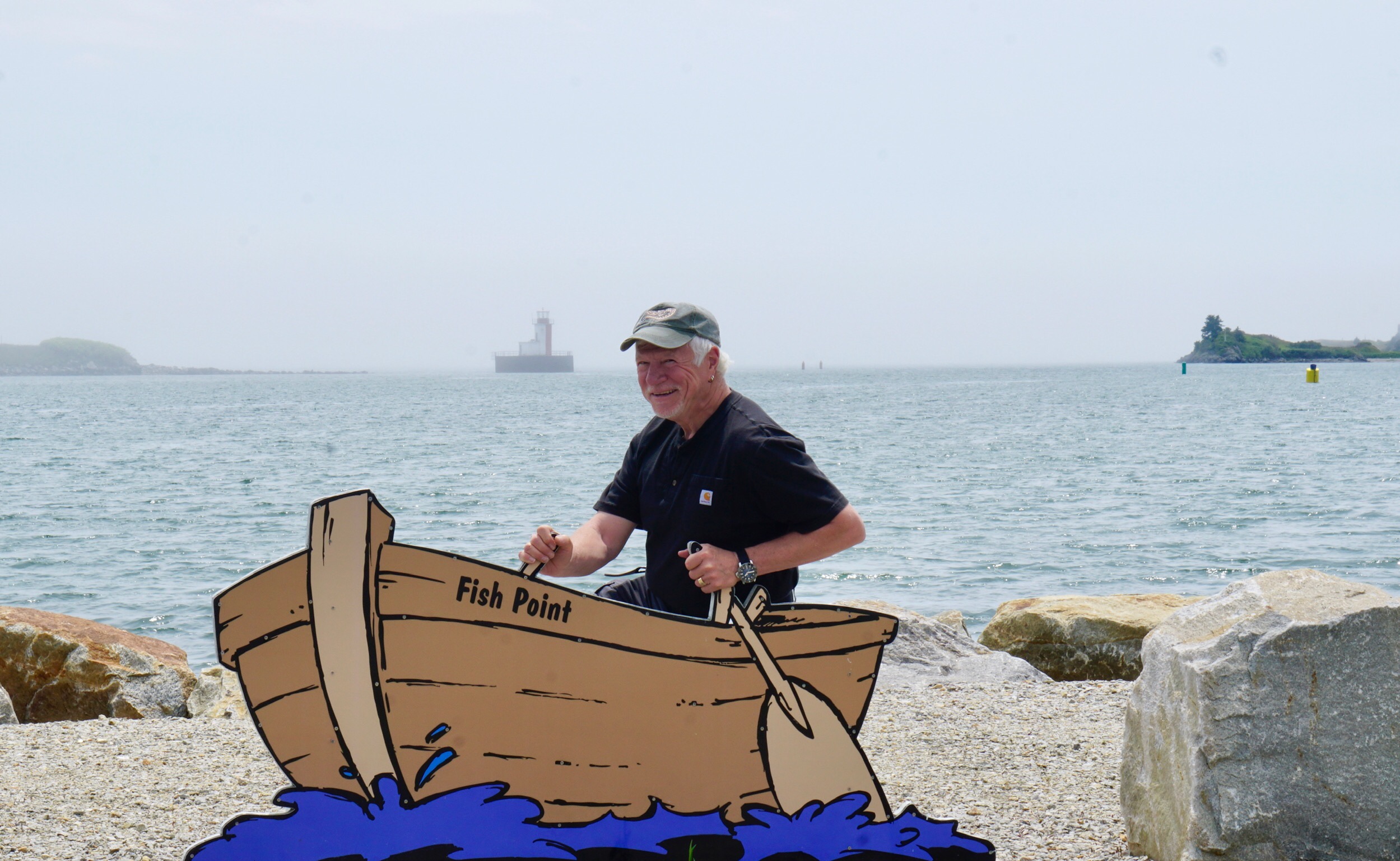 Our ferry landed in Yarmouth Nova Scotia the evening of July 2nd. It was past 9 pm by the time that we reached camp at Ellenwood Lake Provincial Park. We had just enough light, and energy, to set up camp, make a snack, and hit the bed. Although we reserved two nights here, the late arrival made it feel like a single day’s stay. It is a beautiful setting, deserving of a longer visit.

The order of business for the morning of July 3rd was to drive into Yarmouth, find an ATM to secure some Canadian currency, find breakfast, and then a grocery store to replenish foods that we had unfortunately and erroneously discarded back in Maine.

Information we received the day we boarded the ferry counseled us to discard all fresh vegetables, dairy, and meat. We complied, keeping our three eggs which were not prohibited. We learned during the crossing that “new limits apply”!

Canadian Border security was sympathetic as we handed over our “no vegetables, dairy, and meat” entry declaration, the pleasant representative pausing to ask where the 3 eggs came from. “Maine”, Christine replied. “Eggs from Maine are prohibited, but only recently… Avian Bird flu.” We surrendered our 3 eggs for which we received an official receipt not good for Canadian replacement eggs.

$65 Canadian dollars (about $52 US) spent at a huge, clean, and well stocked grocery store and our larder was replenished. We were then off to check out Yarmouth by day and on a recommendation nearby Cape Forchu. I took lots of pictures, but honoring my pledge I have severely limited the number I’m posting.

Yarmouth is a delightful “working” seaside community with an active maritime industry that dates back to at least the 17th Century.

Cape Forchu (“forked tongue of land”), so named by the explorer Samuel de Champlain in 1604, is located near the entry to the Bay of Fundy and is a prominence with safe harbor at Yarmouth on the left and a dangerous “false harbor” on the right. Many ships met their end on the rocky Cape and false harbor, victims of the frequent fog and deceptive coastline.

The Bay of Fundy is known for having the highest tidal range in the world, rising and then falling over 50 feet every 6 hours. On a visit there a few years ago we walked the bare sea-floor at low tide, having been given a caution and timetable that unless we returned to “shore” by a certain time we would die. Here on the Cape the tide range is “only” 15 feet.

In 1839 the first Cape Forchu Lighthouse was installed. We visited the mid-20th Century version, affectionately known as the “apple core” lighthouse. I climbed to the top and was rewarded with stunning views of… fog.

This area knows fog! So much so that Hollywood used Cape Forchu as its set for the filming of the strange 2019 movie, “Lighthouse”, starring William Dafoe and Robert Pattinson. The rugged coast and climatic conditions were perfect for the movie, the lighthouse not so much. So, Hollywood constructed a huge period appropriate lighthouse (out of wood) and light keepers cottage on the Cape. When filming was concluded the producers offered to gift the set to the community, but unfortunately it was too large and the upkeep would have been too costly. Down they came.

Yarmouth was unable to set off its Canada Day (July 1st) fireworks display because of fog. ironically, they’re looking at setting them off on July 4th.

Today we make our way up the Atlantic coast a two hour drive to Thomas Raddall Provincial Park, but not before again stopping in Yarmouth to visit its well regarded County Museum and view some of the amazing 19th Century mansions located in the neighborhood.

PS. Are Canadians happier than Americans? Its a question for which I have no current answer. I know that there are studies that have sought to rank the happiness of various populations. I recall that the people of Finland, Denmark, Norway, and Sweden rank near the top for “happiness”. Often this is attributed to a well funded social safety net and universal health care (which Canada has). I also recall that the United States does not fare well on the “happiness scale”. I don’t recall Canada’s ranking.

However, what we have experienced in just two days are smiles, helpfulness and “happiness” in everyone we have met from Tom our waiter at Rudder’s Seafood Restaurant (we highly recommend it!) to a lady stocking shelves at the grocery store who went out of her way to find us a dollar off coupon for some cheese we were buying, to Candice who checked us into the Park and gave us recommendations for area attractions, to the young lady who escorted me to the top of the lighthouse.

…and Barry, who when we asked yesterday about available parking for a car towing a trailer near the County Museum, directed us to his driveway and insisted that we pull in for our visit today.

Perhaps they are merely reflecting the happiness of two retired travelers.

We have often remarked that so many shoppers we see at Walmarts in the States appear “unhappy”. I will make it a point to visit a Walmart in Canada to further my investigation of “national happiness”.

One more time. Peace Everyone (and be happy). Pete