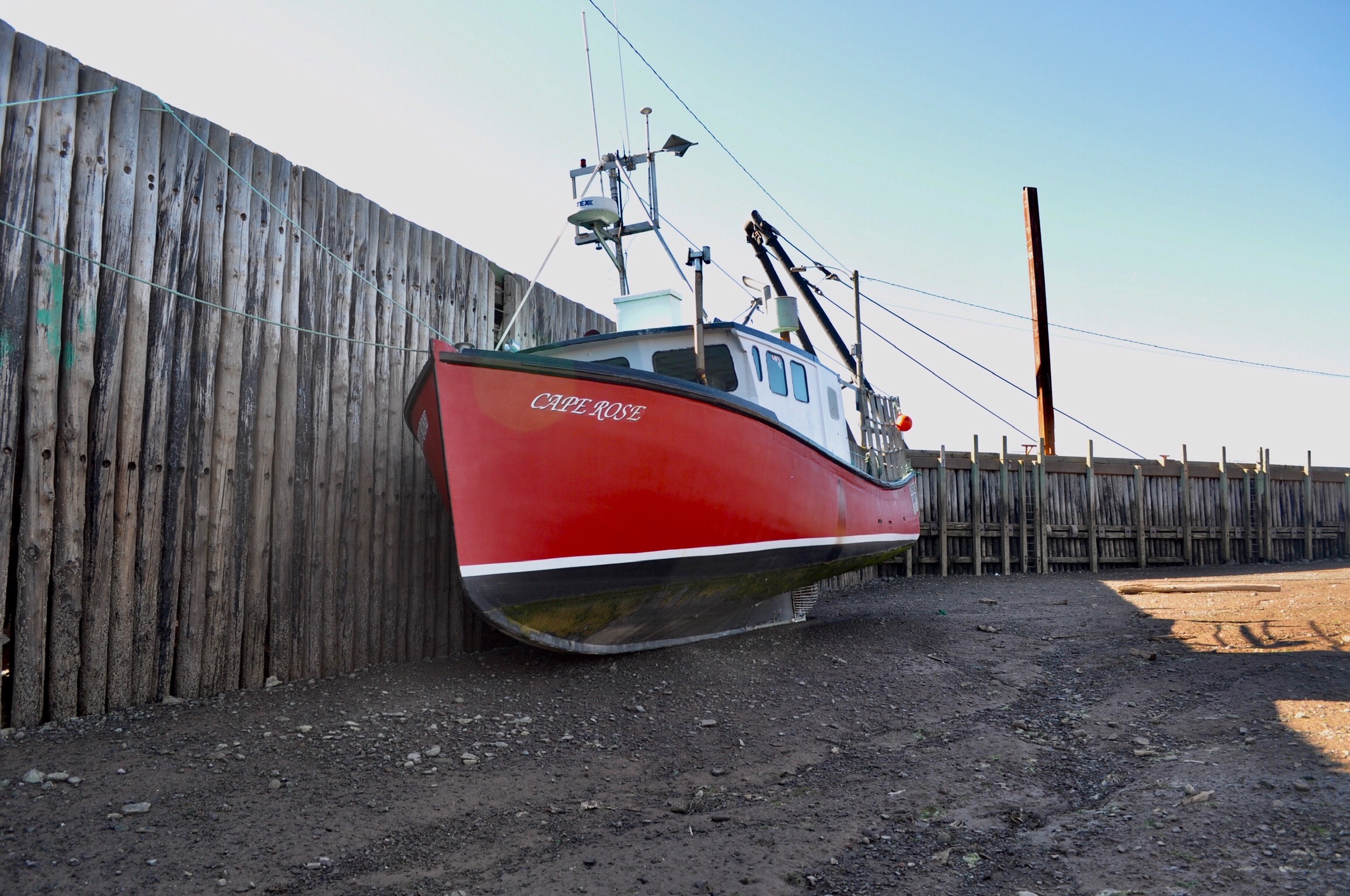 It is hard to imagine a greater contrast in two days than between yesterday and the day before. Nature traded in the cold, rain, and fog of Wednesday for sun-filled blue skies and balmy temps in the low 70’s. A steady breeze held off any lurking mosquitoes.

It was a good day for outdoor cooking which included baked blueberry muffins at breakfast. We invited Vermont campers Paul and Barb to dinner for Dutch Oven baked lasagna, salad, adult beverages, wonderful fellowship and delightful conversation. We hope that our paths cross again some day.

As Christine was assembling ingredients from our pantry for the lasagna she called out, “I only have one jar of Italian tomato sauce!” Thinking of options, I replied that we had a jar of medium-hot Mexican salsa, “Use the salsa. It’s made with tomatoes.”

Christine was dubious, but didn’t have a better idea. The Italian-Mex lasagna was EXCELLENT!

The day was also excellent for a 4+ mile hike through the woods and along the cliffs overlooking the Bay of Fundy.

This was topped off by a pleasant visit to the tidal flats at low tide.

A small nearby fishing dock also illustrated the effects of the local tide.

The Bay of Fundy features the highest tides in the world. Far up the Bay the range can exceed 50 feet.

Here, mid-way up the Bay, the range approaches 40 feet.

At one location in the Bay the ebb tide creates a waterfall while the incoming tide responds by making fast-water rapids.

Approximately every 6 hours the tidal forces surge or ebb, thus bringing 4 alternating high and low tides each day. This has been referred to as the Earth’s heartbeat. Tides are produced by three forces: the gravitational pull of the Sun and Moon, and the centripetal force generated by the Earth’s rotation. Of these three the pull of the Moon’s gravity has the greatest influence on Earth’s oceans.

The geography of the Bay of Fundy, with its wide mouth and long narrowing channel, further magnifies the effect. More water flows either into or out of the Bay each 6 hours than flows in all the combined freshwater rivers of the world. Here is a link to a brief time-lapse video of the tidal swing at one dock on the Bay of Fundy.

Aside from being a marvel to observe, tides can be dangerous to the unwary. In 2004, Chinese immigrants collecting cockles were caught far out on the broad tidal flats of England’s Morecambe Bay. That bay’s 30+ foot tidal range overtook them, drowning 23.

In 2017 Christine and I were camped further up the Bay of Fundy on the New Brunswick side. Tides there ranged to 47 feet. We enjoyed walking out on the sea floor with the waters having receded out of sight, miles into the distance. However, park rangers provided us with a timetable and the warning, “If you are not back by this time, you will drown.” These three remarkable images are from that 2017 trip.

We are on the road again today headed to Porter’s Lake Provincial Park for a 2 night stay near the city of Halifax. This will be our final camp in Nova Scotia as we board the ferry on Sunday for Newfoundland.