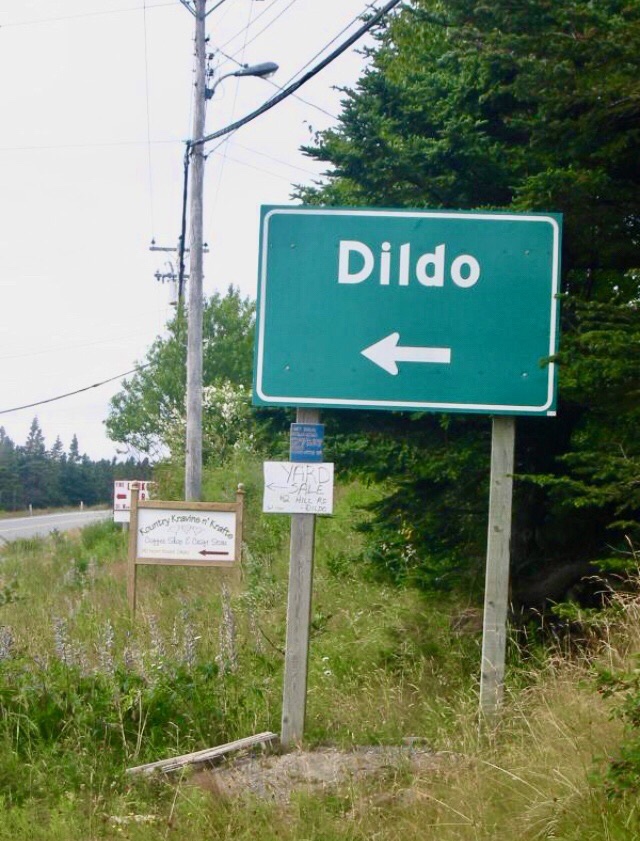 We left St. John’s the morning of July 23rd. Ahead of us was a drive of 260 miles to our next destination. It makes for a long day since these are usually non-divided 2 lane highways. There are passing lanes at regular intervals, but focused attention is demanded of the driver at all times.

Understandabley, the name has brought the community a bit of notoriety. In the 20th Century there were a number of efforts to change the name, all of which failed.

We visited the wharf which protects fishing and pleasure vessels by resisting deep penetration from the thrust and throbbing pulse of probing waves and stiff blowing winds.