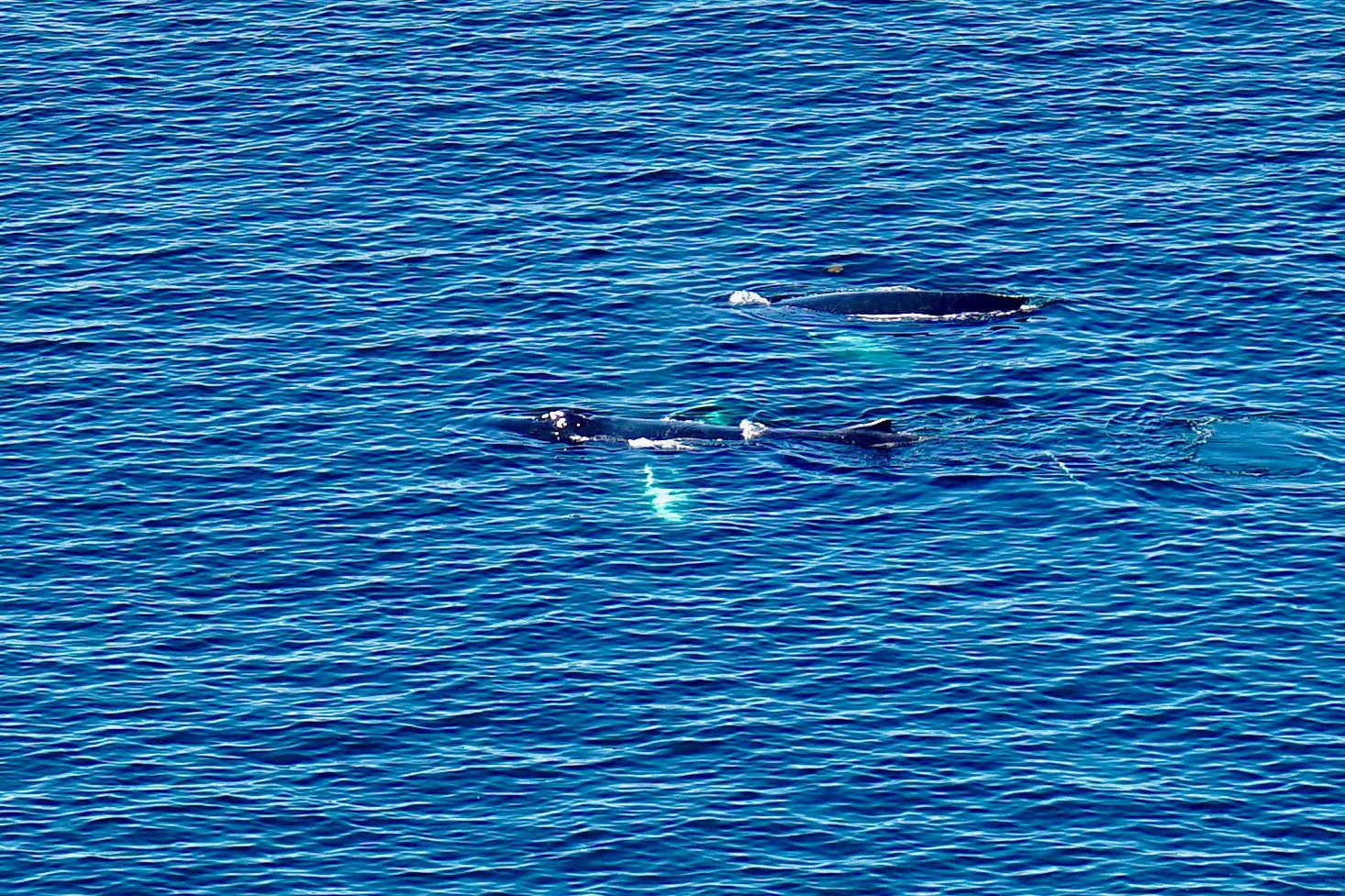 Most of our stays in Newfoundland have been 2 nights in duration. This has allowed us the opportunity to sample much of this huge island (16th largest in the world), but has not allowed me to explore or hike in the manner that is my habit. We have tried to strike a balance. It has been like a smorgasbord, only of sights rather than food.

Fogo Island is (don’t be shocked) an island, which means catching one of the intra-province ferries. Information that we had on hand indicated an 8:30 a.m. departure. Being an early riser I had us on the road with more than enough time for the 40 minute drive to the dock and at least a half hour to spare. However, when we arrived at the dock we were the only car at the check-in booth… because everyone else had already boarded! Our timetable was out of date and our 8 a.m. arrival meant that we were the last vehicle loaded for the 8 a.m. sailing. We made it onboard by pure dumb luck.

After a stop at the island’s visitor information office, and a download of the very well done Fogo Island Tour App (necessary because there is only spotty cell coverage here) we were ready to tour.

If you want a more in-depth view of what Fogo Island has to offer, download the Discover Fogo Island App, available in your App Store.

The remnant of an ancient volcano cone looms over the fishing village of Fogo.

A well laid path that at various places included stairs, boardwalks, and chain railings, climbs to the top of “Brimstone Head”, which the Flat Earth Society has designated as one of the 4 Corners of the World.

The views atop the sheer cliffs to the waters and town below were exceptional.

I was especially proud of Christine for climbing to the top, resisting her aversions to heights and precipices.

Looking out and down we were treated to an hour long viewing of whales doing what whales do. This included a mother and her very large calf surfacing and blowing in tandem.

After descending back to town we headed up another hill, this time by car to the place where Guglielmo Marconi installed one of his first operational wireless telegraph stations. This one was purposed to connect Newfoundland to the mainland. For a few years he was prevented from transmitting across the Atlantic from Newfoundland because of an exclusive contract the government had previously entered into in favor of the two undersea trans-Atlantic cable operators. When word was published that Marconi had bridged the Atlantic by wireless in 1901, their stock plummeted. One company tried to deal with the blow of Marconi’s success taking the “fake news” approach. The other company threatened suit. The specter of litigation won out.

Unfortunately, the Marconi Interpretation Center was closed for lunch so I satisfied myself by taking in a view of the town of Fogo such as Marconi would have enjoyed.

There are many interpretive sites on the island. They provide insight into life there in the 19th and early 20th Centuries. These tourist focused features are creatures of necessity. The economy collapsed in the 1990’s due to overfishing. The government imposed the infamous “Cod Fishing Moratorium” and subsequently regulated fishing in an effort to restore and preserve the industry. Fishing has never since achieved the status it once held in the 19th and early 20th Centuries. Tourism now seeks to fill the vacuum.

Given the limits of time, we chose to visit two dwellings representative of opposite ends of the economic spectrum.

The first was Bleak House. Our tour was conducted by Rebecca, a young and enthusiastic local resident.

Built in 1826, this is one of the oldest remaining merchant homes in the province. Compared to the homes common to a fishing family it was deemed a mansion. By mainland standards it would have been quite average.

The original merchant owner was the status conscious Slade Family. They had servants who provided typical household services and child care for the family. A somewhat onerous task was the daily filling a water reservoir in the attic and the emptying the toilet located on the second floor. The bathroom thus mimicked indoor plumbing. which no home on the island actually had.

In contrast was the Harald Dwyer home. It was representative of the scores of similarly constructed dwellings built in the 19th and early 20th Centuries by families making their living through fishing.

Only the exterior walls were load bearing. The interior walls were made of single layer tongue and groove boards. This made the walls easy to reconfigure and also maximized interior space, which was at a premium.

Four bedrooms were up steep stairs on a second floor. The rooms were barely large enough for a bed and small dresser. A person six feet tall would have to be mindful of their head throughout the home. Remarkably, families with a dozen or more children made their homes in these structures.

Behind the shoreside homes were rough-made docks and fish houses. Here the tools of the trade including boats, nets, a splitting table, and salt, were stored. The day’s catch was cleaned on the splitting table and the fish were dried and salt preserved in the shed. The floor consisted of thin and loosely laid boards. The gaps between the boards allowed air to naturally channel upward and facilitate the preservation process.

Our stay on the island also included a light and relaxing lunch. We had arrived onshore at 8:45 a.m. and there were only 4 return ferries. The last of these was scheduled for 7:30 p.m.. We intended to catch the 4:30 p.m. sailing. This time we arrived dockside early based upon accurate information.