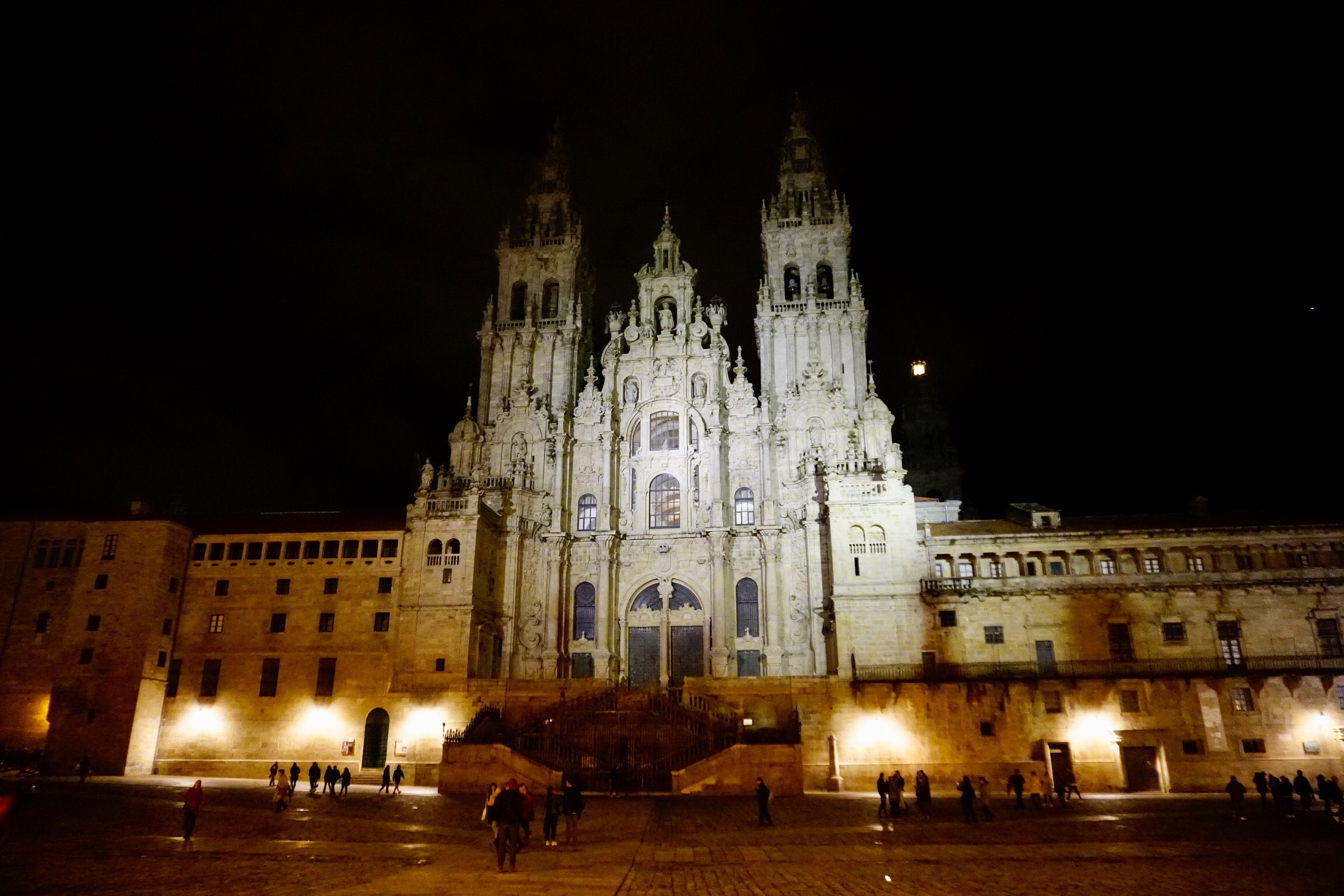 Dear Christine. When is a plan a prison? When one allows it to be.

Tina from Germany did not use those exact words, But the meaning came through when she shared her decision to forgo continuing on to the coast in favor of returning to Germany. While I was fretting the thought of enduring days of miserable weather, she was nonchalant in her decision to redirect her path. I realized that I had allowed my plans to become a “prison“. Furthermore, I was my own jailer oblivious that I held the keys to my release.

I have again checked the weather and there is no improvement.

Therefore, I am escaping my plan in favor of another. This afternoon I canceled my November flight from Santiago to Barcelona and I also canceled my November Santiago hotel booking. These were reservations that came into play upon my return to Santiago from Finisterra and Muxia. Instead, today I booked a series of train tickets from Santiago to Leon, Leon to Burgos, Burgos to Madrid, Madrid to Valencia, and Valencia to Barcelona. The total cost for those 1st class train connections was slightly less than €300.

I have secured lodgings as follows: three nights in Lyons, three nights in Burgos, four nights in Madrid, and three nights in Valencia. The total cost for those 13 nights it’s slightly less than $1000. I weighed this against the cost savings of not walking to the coast, not staying additional days in Santiago, and not paying airfare. My “new plan” is slightly more expensive than the old one, but the relief from the thought of endless trudging through torrential rains is priceless.

I am at peace with this transition from pilgrim to tourist: “God Grant me the Serenity to accept the things that I cannot change (like rain!), The Courage to change those things that I can (like my plans!), and the Wisdom to know the difference (thank you Tina!).”

Becoming a tourist begins tomorrow. I plan to spend the next two days in Santiago visiting a number of its historical and religious sites. Today I returned to the cathedral for the noon pilgrims Mass and was again rewarded with the spectacle of the swinging Botafumeiro.

First I entered the cathedral through the Holy Door, which is only open during a Jubilee year which is when the feast of Saint James falls on a Sunday. That occurred in 2021, but because of Covid it has been extended through 2022. This is the first time that the door has been open in a non-Jubilee year since the Spanish revolution.

Tradition holds that a pilgrim entering the cathedral through the Holy Door receives a plenary indulgence, the forgiveness of all one’s past sins. Maybe tomorrow I will walk through the door backwards to see if my future sins are forgiven as well!

This time I brought my “real Camera“. I hope that the pictures prove it’s worth.

Here is a sequence of pictures of the swinging of the Botafumiero. I opted not to make a video as it would be too difficult for me to show you here. There are plenty of videos on YouTube:

After dark I returned to the square to appreciate that it is at night that this old city really shines.

PS. During Mass there were invocations to pray for the Pilgrims, especially those who endured sickness and disability to reach the cathedral, prayers that they return home safely, and prayers that the journey aided all to embrace peace in their hearts.

To this I say, Amen.