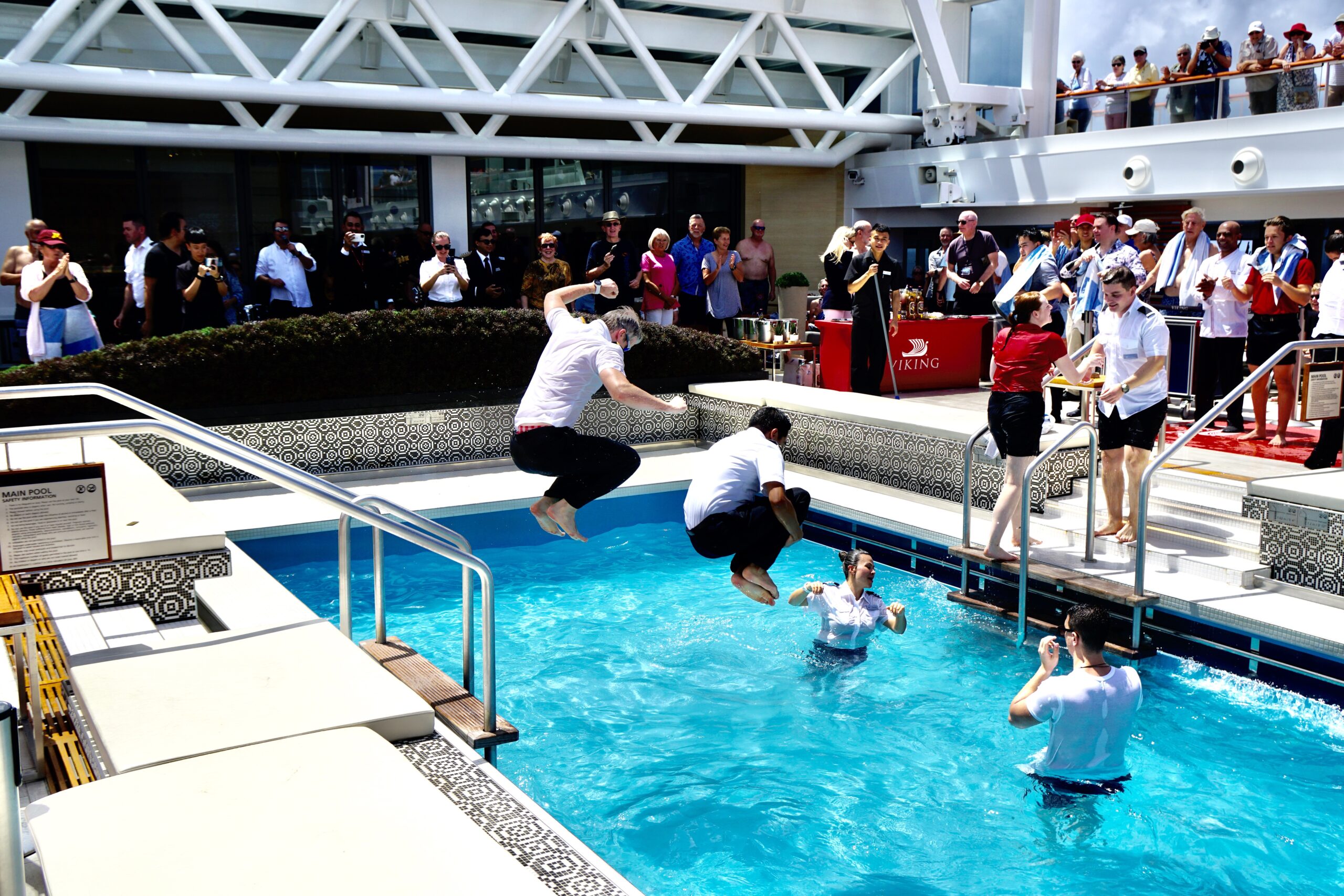 At 4:31 PM today we crossed the Equator.

What’s the big deal? From this point forward the sun will be at our back as we look to the south. The North Star (Polaris) will slowly sink to the horizon and disappear while constellations in the south, previously unseen, will rise to greet us each night. In the northern hemisphere one can determine the location of a low pressure area by turning your back to the wind and extending your left arm. Where your hand points is the center of the storm. South of the equator it will be the right hand that makes that determination.

Oh yes, water drains with an rotation, and Yin is now Yang.

There was no line in the water, no speed-bump, and no caution signs. There was just the captain’s announcement and the building anticipation among the passengers and crew. There was also the Shellback Ceremony.

Earlier in the day hundreds of the passengers and most of the crew assembled on the pool deck to celebrate the age old nautical tradition of being inducted into the “Order of the Shellback“.

Each of us paid homage to the fish by drinking a salty beverage, plunging into the sea (swimming pool), and then downing a shot of strong liquor (or Ginger Ale). The reward was a certificate and a memory that will last a lifetime.

Those who took the plunge included young and old (which on this cruise are relative terms), officers, and crew, all to the beat of ABBA hits expertly played by the Viking Jupiter Band. It was great fun!

We are still two days from making port in Brazil. There is nothing but ocean and 360 degrees of endless horizon. One might ask, “Why bother with your camera? There is nothing to take any pictures of”. Let these images answer the question:

PS. Yesterday we met with Viking’s onboard cruise consultant. The result was that she made an offer that we did not refuse. On October 24, 2023, we will board a Viking ocean ship in Fort Lauderdale, Florida and proceed through the Caribbean, the Panama Canal, visit the northwest coast of South America, and 18 days later disembark in Los Angeles, California. Another “next thing“ has found us.