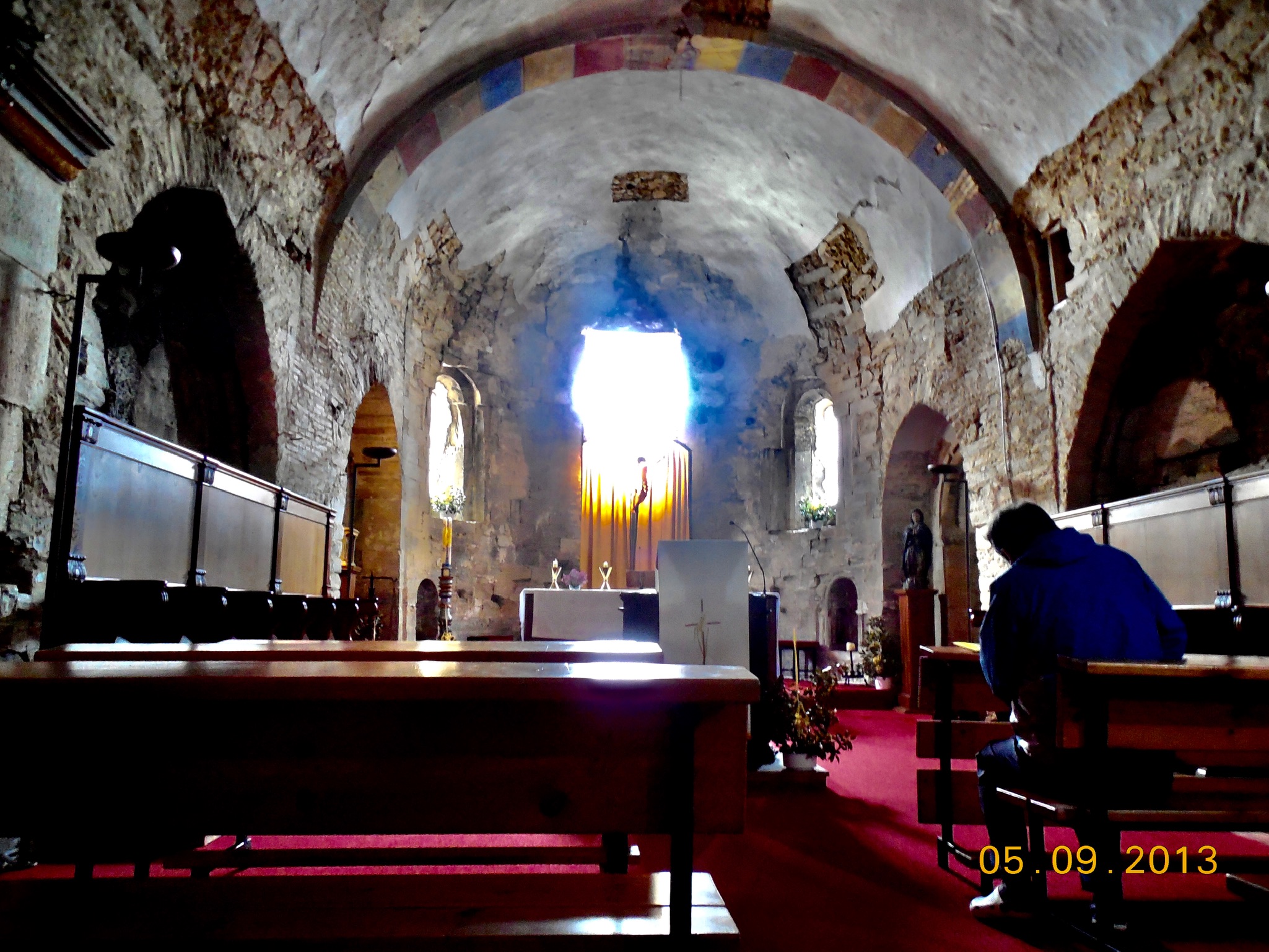 I have heard it said that there are no atheists in foxholes. Perhaps it is the same for one who sees that the horizon of life is limited by the approaching shores of mortality. My thoughts here expressed are not intended to change anyone’s mind about their own theology, or lack of theology. Indeed, it is precisely my intention not to convert anyone to any system of beliefs, but rather to encourage a pause for mindful contemplation of the beliefs already held. I have found that I better know my own mind when I listen to the thoughts of others. An obvious example of this is the visceral revulsion that I feel when I hear certain doctrines of coercive conversion that are preached in some quarters by those who claim to exclusively know the mind of God. As an example, “god” as expressed by the Westboro Baptist Church of Topeka, Kansas, is a bigot. It is not difficult for me to understand my own mind when I listen to that “theology of  hatred”.

A closer question arises when the thoughts of others are not a clear affront to my own. When the beliefs of others provide me with a moment to pause and consider my own beliefs it is a gift, an “ah ha” moment. Perhaps there is a small shift in my world view, or maybe I grow more comfortable in my beliefs, having had an opportunity to mindfully inventory them.

I was raised Catholic, however from the earliest days of my Catholic grade school education I found it difficult to understand how certain doctrines could be those created by a loving God. I accept that Catholicism is a man-created structure that seeks to understand God. It is a “language” that may assist in communicating our efforts to know God. However, as a child I could not understand how God would punish whole segments of humanity with damnation for not being Christian when the opportunities for being Christian did not universally exist. I wondered if God really was offended when I accidentally ate a “Chicken in a Biskit” cracker one Friday afternoon during Lent. What really did happen to all of those folks who had been hanging out in the waiting room called “Limbo” when it ceased to be in the lexicon of Catholicism. I choose Catholicism for my examples because it may be less offensive to others if I question the tenets of my own faith tradition.

Dogma is not a trivial thing. There was a time in the history of the Catholic Church that the failure to follow the dictates of dogma might have earned a person a turn on the rack, or worse. The same can be said for many religions. The same can even be said today for such transgressions as the drawing of a cartoon caricature of a long dead Arab man.

Sacramental Confession is an offering of the Catholic Church. My Lebanese grandmother went to confession weekly as many Catholics of her time did and some still do. I often wondered what that wonderful lady could have done each week that compelled her to stuff her prodigious frame into a tiny closet-like space and then struggle to bend her arthritic knees to begin her act of contrition. In Catholic grade school we had weekly confession. Once when I told my teacher that I didn’t have anything to confess, she reminded me that over the past week I had probably fought with my brother and disobeyed my parents. For many years of my childhood, fighting with my brother and disobeying my parents became standard sins of choice to “confess”, whether warranted or not.

I stopped the practice of Confession when I reached high school. However, there were two occasions that I chose to return to the confessional. They were both memorable and stand as an affirmation that there really is a voice of God. It is just up to me to listen.

In 1972 I travelled overseas for the summer as a part of a group of 22 students studying ancient history. I visited St. Peter’s Basilica in Rome and concluded that as a Catholic to not go to Confession and receive Communion there would be like going to Hawaii and not visiting the beach. The confessional booths each indicated the languages spoken by the priest within, primary language was in bold letters and any secondary languages were declared in smaller case. I found a priest who spoke English, but only as a language secondary to his native German. He sounded very old and I feared that I may have made a mistake, but I continued with the prescribed litany. When I came to the point of saying that it had been years since my last confession he stopped me and addressed me in a thickly accented conversational tone. He asked me why I chose to go to confession. We spoke for nearly an hour through the wood and cloth screen that separated us. I remained kneeling on the hard wooden kneeler throughout, but without discomfort. The distillation of his message to me was that he believed that I was a good person, a person of conscience. He said that I should be more guided by what I honestly believed in my heart to be right, and less by Church “rules”. I emerged from the booth with a “penance” to always do my best and listen to my conscience. I opened the door of the confessional to a line of little old ladies. Their expressions of near horror hinted at their belief that I must be some kind of an ax murderer, having been in the confessional booth for so long.

***The second occasion occurred in 2013 while Christine and I were walking the Camino de Santiago across Spain. We had arrived in Rabanal, which is the site of a German Benedictine Monastery. The monks presented an evening service for the Peregrinos (Pilgrims) in a cave-like chapel that was over 700 years old. The chants and prayers offered by candlelight were moving. At the conclusion, one of the four monks addressed the assembly of perhaps 25 pilgrims and indicated that one monk would remain should anyone wish to visit. Christine and I exited the church but not before I turned and saw the monk seated on an ancient wooden bench in prayerful repose. It was apparent that he would be alone in his contemplations.

Christine knows me well, so when I hesitated in the courtyard outside of the church she said to me, “You want to go back, don’t you.” It was more a statement than a question. I returned to the church and entered the dark and now silent interior. As I approached the monk he made no acknowledgement of my presence other than to slightly move his hand and indicate that I should sit at his side. I became uncomfortable with the silence and returning to the roots of my childhood I began, “Bless me Father…”. He again made a gesture that halted my words. There was the slightest hint of a smile and then this aged monk, a German monk, asked me what I did in life. I replied that I was an attorney and that I mediated divorces, seeking to assist people with resolution of the questions that they faced concerning their relationship, property, and the care of their children. He sat silent for a time and then slowly nodded, looked deeply into my eyes and said, “That is very important work… very difficult work.” He then asked me why I had started with words of confession. I felt the presence of that other old German priest from 41 years earlier. It was as if that priest, certainly long dead, had returned from the grave to ask how I was doing with the penance that he had issued to me.

We spoke for another 30 minutes during which time the monk encouraged me to listen to my heart and to be thus guided. He urged that “rules and rituals” of religion are secondary to following an honest conscience. At our parting he asked if I wished absolution which is the customary conclusion of Confession. I accepted but knew that with absolution there is typically a penance. He placed his hands upon my head and said that for my penance I must conduct myself in life as if God is always at my side, watching… that I must treat each pilgrim that I encounter on the Camino as if they were Christ in disguise.

I believe that miracles exist now and always have, it is just that our capacity to see them has dimmed. Is it a mere coincidence that on the two occasions that I returned to a faith practice from my childhood I received the same message, the same affirmation, and the same “penance” from priests from the same country? Calling this a coincidence would not change the reality of what occurred. It would however be closing my ears to the voice of the Spirit.

As rich in meaning to me as these two events were, it does not escape my notice that these men did not focus upon the rules and rituals that some might cling to as the path to God. I believe that when we place the rules above the search for a relationship with the Creator that we create a “god” in our image and likeness. We were imbued by creation with free will and a questing spirit. If that is the gift from our Creator then religion runs contrary to that gift when people seek to coercively convert others to their particular definition of “god”. The voice of the Creator as heard upon the wind by the First People is the same voice that was heard by Moses in a burning bush, and by those who gathered in an upper room breaking bread and drinking wine on a Passover night two thousand years ago. It is the voice of Christ, the Buddha, Vishnu, Mohamad, the words of Mormon, but only when the words advance the search for our humanity and are not misapplied for the subjugation of others. The challenge is to be mindfully aware of the difference between what we do in pursuit of a relationship with the Creator and what we do in the pursuit of mere earthborn advantage.

One of my grandchildren once asked me if magic is real. I replied that “magic” is whatever we know to be real but do not understand. I gave examples of magnetism and gravity as things that are real but not really understood. The quest for that knowledge continues and someday may be grasped in a way that renders them no longer “magical”.

If I change the focus of my grandchild’s question from magic to Spiritual and answer the question for myself, then Spirituality is what I know from experience yet do not understand. The quest continues because faith is a journey, not a destination.

PS. As I noted in the previous post, “It is often said that the Camino presents itself to the Pilgrim as three distinct experiences: first as a physical challenge, next as an emotional encounter, and finally as a spiritual awakening.” My Camino had become Spiritual.