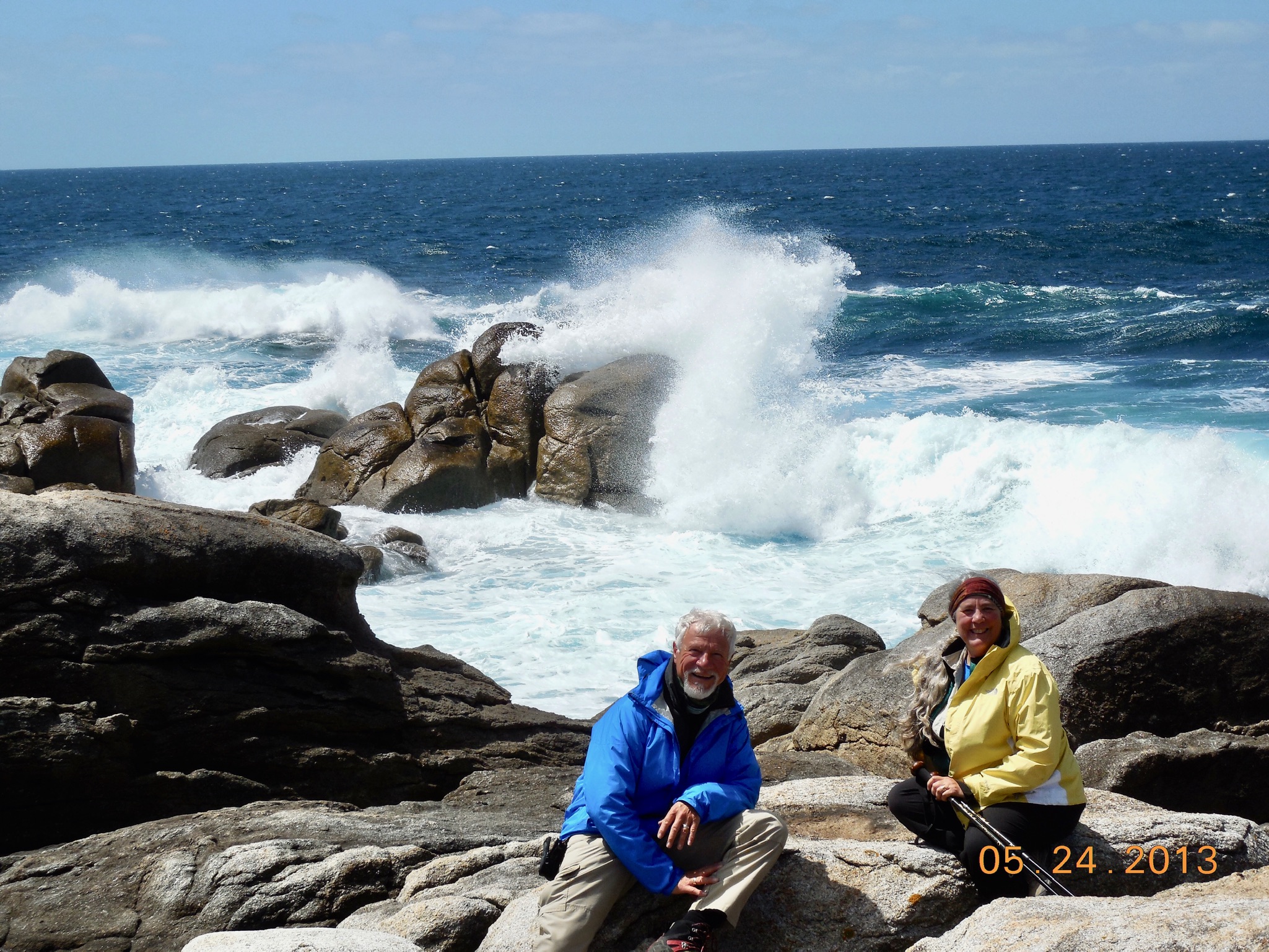 I had been warned. I don’t remember when, I don’t remember by whom, but I had been warned. “There will come a moment when you realize you are no longer a pilgrim on the Camino.” That moment came on the morning of May 24th. Had we the time and inclination to continue our journey to Muxia and Finisterre on foot, we would have remained Peregrinos. Had we retained an intention to walk further Camino miles, we would have remained Peregrinos. We had neither the time nor the inclination for either. On the morning of May 24th we boarded a bus bound for Muxia. We were no longer “pilgrims”.

That is not entirely correct. Within each of us there had been change. We would return to the United States retaining the experience of Pilgrimage, and with that experience came a different view of ourselves and the world around us. Once begun, that pilgrimage is lifelong.

Muxia (pop. 5,200) is located 70km west of Santiago on the Atlantic Coast. For less than 10€ each we enjoyed a pleasant one-hour bus ride through the scenic countryside. For Peregrinos it would have taken 3-4 days. However, we were now tourists.

Part of the “Costa da Morte” (Coast of Death), this area was infamous for the many shipwrecks occasioned on its rocky shores.

Muxia is a quiet seaside village that in modern times still clings to its fishing roots.

From town we ascended the 230 foot high Monte do Corpino that provided a panoramic view of the village and coast.

Legend holds that it was here, near the site of the 17th Century Santuario (“Church”) da Virxe da Barca, originally the place of a pre-Christian Celtic shrine, that St. James grew despondent over his failed attempts to convert the local inhabitants to Christianity. It is said that the Virgin Mary appeared to him and offered encouragement for him to continue.

The church was closed, however an open window in the door provided me with the opportunity for these pictures. On December 25, 2013 the church interior was destroyed by fire started from a lightning strike.

This internet image reveals the extent of damage. The church was restored in 2015.

The 35 foot tall, 400 ton sculpture known as A Ferida (“The Wound”) was erected in memory of the disastrous 2002 Prestige Tanker oil spill which devastated the coasts of Spain and Portugal. The near derelict vessel sank offshore during a storm, releasing over 17 million gallons of heavy crude, an amount greater than was discharged in the Exxon Valdez catastrophe. A Ferida represents the environmental injury suffered from that tragedy.

Here also is one of the rare “Pedras de abalar” (oscillating stones) once used to determine the guilt or innocence of the criminally accused. Over time, the bases of these huge rocks have been naturally eroded, leaving a balance point beneath them. The crash of a wave, or even a strong wind may cause them to rock from one side to the other.

We stayed in the 8 room A de Lolo Hotel, which was clean, pleasant, and featured an excellent restaurant.

Good fortune provided us with late afternoon entertainment in the form of a colorful display of traditional music and dance.

While Finisterre is historically considered the “End of the Earth”, it is Cabo Tourinan in the Municipality of Muxia that extends farther west into the Atlantic. As the sun set we considered that only water separated us from home in North America.

Tomorrow we “tourists” would proceed to Finisterre.